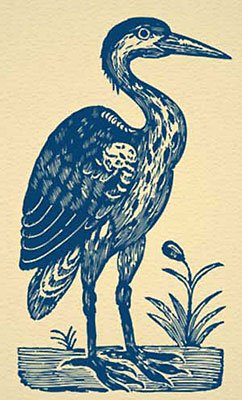 Pre-Reformation English choirs were known for their high boy trebles; the “mean” parts, assigned by Blue Heron to two women and a male falsettist, were also sung by boys. The contratenor was a high tenor companion to the tenor, not a countertenor or falsetto part. Rather than primarily providing harmonic support, basses participated as equal partners in the polyphonic complex. English choirs sang at a pitch more than a semitone higher than the modern A440. Blue Heron has adopted a standard of about A466; they sing with precise tuning and focused tone. Friday’s program featured a selection of motets and Mass settings collected around 1540, just as Henry VIII’s dissolution of the monasteries, begun in the mid-1520s, reached its climax with the closing down of monastic cathedrals, those that housed a community of monks rather than secular priests. Most of these monastic cathedrals were immediately re-founded as secular cathedrals who were then in need of skilled singers capable of singing polyphony, along with service music for them to sing. As explained in notes by Nick Sandon, most of the five-part a cappella works from which Friday’s program was selected most likely originated at Magdalen College, Oxford, where they were copied by a singer and professional copyist by the name of Thomas Bull, and taken along by him when he moved to Canterbury Cathedral. There they were recopied into a set of five partbooks—one each for the treble, mean, contratenor, tenor, and bass parts—that eventually found their way to Peterhouse College at the University of Cambridge. A major problem, however, hindered the performance of this music: at some point the tenor partbook was lost, and pages were also lost from the beginning and end of the treble book. So, 50 out of the total of 72 pieces lacked tenor parts, and 19 of them also lacked their treble part. Only a few pieces, including works by Fayrfax and Tallis, could also be found in other musical sources; most are unique to the Peterhouse partbooks. Immersing himself in the idiomatic styles and techniques of this varied repertory, Nick Sandon has devoted more than 30 years to the laborious process of recomposing the missing voices. Occasionally a plainchant melody turns out to have been quoted in equal notes, or sung in canon; motifs passed from one voice to another in extant voices may point to similar imitation in the missing voices. But most of the time the process is far more arduous. Sandon continues to revise and publish his highly convincing restorations with Antico Edition. A number of choirs have performed them, and Blue Heron is recording the entire repertory.

Exultet in hac die (Rejoice on this day), which opened the program, is an antiphon celebrating the sixth-century St. Augustine of Canterbury, founder of the dissolved abbey, by the otherwise unknown Hugh Sturmy. Alternating high and low trios in four short stanzas, all parts came together in a rousing final “Alleluya.” The Magnificat, the Virgin Mary’s annunciation hymn, is traditionally performed alternatim, with odd-numbered verses intoned on a simple chant formula alternating with choral settings of the even-numbered verses. In the Magnificat by Robert Jones, a singer in Henry VIIII’s household chapel, further variety was provided within the polyphonic verses by shifts in vocal scoring. High voices on “Esurientes implevit bonis” (The hungry he hath filled with good things) contrasted with low voices on “et divites dimisit inanes” (and the rich he hath sent empty away). Cross relations between ascending and descending progressions from notes with the same pitch name (F and F-sharp; B and B-flat) made for the pungent cadences typical of English music of this period.

All four movements of an anonymous Mass (Missa sine nomine in the program) open with the same few measures, and all four employ the same (unidentified) chant melody as a cantus firmus. (Polyphonic English masses of the period did not include the Kyrie, which was sung in plainchant.) The long notes of the cantus firmus could be clearly heard against the more quickly moving parts as it migrated from the mean to the tenor and at one point even to the bass. Here Metcalfe’s ability to project long and rhythmically irregular melodic lines in the various voice parts with rhythmic verve and fluid dynamic shading came to the fore. This was particularly apparent in the many sections for two or three parts that contrasted with full-voiced scoring. Changes in vocal scoring articulated the divisions of the lengthy prose texts of the Gloria and Credo, and concluding sections were further enlivened by shifts from a moderate duple to a livelier triple meter. In the final “Dona nobis pacem” (Grant us peace), closely spaced imitations further illuminated the five-voice sound. The program concluded with a votive antiphon to the Virgin Mary by Hugh Aston. Pieces like this were sung after Compline, the last service of the day, as a separate act of devotion in which members of a religious community sought intercession from Mary, Jesus, or a saint. Ave Maria dive matris Anne (Hail Mary, only daughter of the blessed mother Anne) joyously enumerates the events in the life of the Virgin in a series of invocations, each beginning with “Ave Maria.” The first four lines are set in a moderate triple meter, the last three in a slightly quickened duple meter. Appended to these, a final prayer, perhaps on the part of the singers themselves, pled for intercession and a swift path to heaven (with a shortened time in purgatory). Blue Heron’s precise diction — based, as Scott Metcalfe explained to the audience — on Latin as we believe it was pronounced in 16th-century England — imbued the intertwining melodic lines with additional rhythmic vitality. Henry VIII may have defied papal authority in his repudiation of Catherine of Aragon and his marriage to Anne Boleyn, but like a majority of his subjects he remained a religious conservative. The continuing validity of a repertory such as that of the Peterhouse partbooks demonstrates concretely that even in the 1530s and 1540s Catholic service music did not depend on the authority of the Pope for its relevance.

For those eager to learn more, Blue Heron convened a “public study day” entitled “Taking Apart the Partbooks” on Saturday, April 29th at the First Church. Papers by Liza Anderson (Episcopal Divinity School), David Hall (Harvard Divinity School), and James Simpson (Harvard University) explored the historical, doctrinal, and literary context of the Peterhouse repertory. After reading an excerpt from Henry VIII’s will ordering the performance of masses for the repose of his soul as a demonstration of the king’s enduring Catholic belief, Nick Sandon delved into the details of reconstructing the missing parts of the partbooks. In a masterly presentation, Scott Metcalfe and Blue Heron demonstrated “rhetorical strategies and rhetorical performance” in Robert Hunt’s Ave Maria, mater dei. A concert of additional music from the partbooks followed. Blue Heron has just brought out its fifth disc of Peterhouse music, and has been invited to sing in the college chapel this summer.