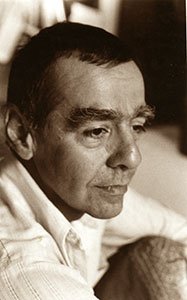 The Boston Microtonal Society hosted the Pickman Hall memorial concert, “Ezra’s Path: Music by, and inspired by, Ezra Sims (1928-2015)” on Sunday. Many Boston-area musicians and composers who were connected with Sims convened and performed a variety of his works, as well as a commissioned work from Pittsburg-area composer and Sims disciple Mathew Rosenblum (who worked as Sims’s teaching assistant at NEC during his one year working at the school) inspired by Sims’s scale. The Boston Microtonal Society poured their hearts into the concert: each program came with a copy of Werntz’s transcription of Sims’s ubiquitous scale, several individuals from Boston Microtonal Society’s Bergin and Werntz to composer Rosenblum to cellist Theodore Mook recounted stories of their interactions with Sims before the second half of the concert, and each program was adorned with a color photograph of Sims sitting in his apartment as a reminder of why all of us were there.

It is sad, then, to report that the concert was only attended by around 20 people. His contributions to the music scene remain immeasurable, yet Simms may be unsung as hero of the Boston music scene. His advancements in the execution of microtonality, such as the development of a notation system for 72-EDO (equally divided octave) using different types of arrows, is still being used at the New England Conservatory Microtonal Performance and Composition course. His compositions, full of harmonic intensity, greatly benefited from his use of a very specific scale that incorporated approximated pitches of the overtone series within the span of an octave and a third.

As a pedagogue, Sims ensured generations of students could interpret microtonal music in a highly accurate fashion. As several people put it, they were part of a family under his wing, learning from him directly or as part of Dinosaur Annex, which he founded back in 1975 with fellow composers Scott Wheeler and Rodney Lister. He also helped contribute to the growth of the Boston Microtonal Society, run today by composers James Bergin and Julia Werntz. His death in 2015 left an impact on the Boston music scene. Since then, the Boston Microtonal Society had been looking for the funding to host an Ezra Sims memorial concert.

The animated clarinetist Amy Advocat opened the tribute with an immaculate and flawless take on the very difficult Chase. No stranger to Sims’s music, having been taught microtonal performance from the composer, she moved around from each interval with the smoothness of a standard 12-note chromatic scale. Her exaggerated movements helped to define the structure, shifting character both in her motions and in her interpretation of what Sims wanted (famously, Sims would notate material in a hard to decipher manner, calling for dynamics such as “mezzo-forte but held back, almost like mezzo-piano” to paraphrase an example I was told). Chase, though rather short, wholly engaged. Heavily varied in character, it never stayed in one sound world for longer than necessary.

Cellist Theodore Mook, its dedicatee, then gave, AEDM in memoriam: Five pieces for unaccompanied cello. Mook told the story of how he asked several composers to write short pieces for him after his mother died, wanting to use 71-note scale for each piece since she was 71 when she died. Sims wrote one movement, and then another, and yet another, until he had done all five, something very much Ezra. Mook’s interpretation displayed deep personal connection and passion. His cello rang with each passing note, delicately changing from standard tuning to microtonal inflections. Mook is so skilled with microtonal technique that he was able to add vibrato to the notes and make the piece sound microtonal still (in practice, vibrato tends to obscure the sound of the microtones due to the pitch oscillation). As the movements went on and the material became more dissonant with closely packed microtonal intervals, Mook dug in and emphasized them wonderfully without stinting on the emotion.

In the violin-viola duo Two for One, played by violinist Lei-Mei Liang and Dinosaur Annex veteran violist Anne Black, the introduction of a second voice allowed the expression of the microtones acting in harmony to be emphasized. The homogenous sound let the listeners understand the complexities of such interactions, and the piece still maintained a large palate of sonic interest by exploiting all the possibilities of the two string instruments. Liang and Black locked in with one another so completely that we heard one collective instrument; each gesture traded back and forth as though it never left the violin or viola. The variety of motivic material and the clear rapid changes coupled with the change in dissonance tendencies with the microtones kept the interest lively.

Roomful of Teeth baritone Avery Griffin and a chamber ensemble under the baton of composer/conductor Efstratios “Stratis” Minakakis closed the first half with the cycle Five Songs. Flutist Jessi Rosinski, clarinetist Amy Advocat, violinist Lei-Ming Liang, violist Anne Black, and cellist David Russell are all well-versed in modern practice. Griffin’s feat of microtone singing astounded me, since the natural tendency of the human voice is to retune to the nearest 12-EDO pitch. With texts by Georg Trakl and Friedrich Nietzsche (leaning very heavily towards Trakl) in German,  most of the songs were pondering and maintained a character of slight paranoia, but that comes with the territory of microtonal harmony. It effectively conveyed the character of each text, except for the third song “Venedig.” Reading through Sims’s own English translations, the hesitant nature of the motivic and harmonic material struck a strange contrast against the text which alludes to internal satisfaction that is only felt by the narrator of the poem. The strength of the cycle came from how the dissonances strengthened and lessened by the intensity of the microtones, helping to ebb and flow the tension of the text painting through some dark subject matter or heavy imagery. Griffin’s articulation also never suffered; powering through the complexity of the melodic material, clarity of each syllable never wavered.

After several comments and stories about Sims from Mook, Black, Rosenblum, and directors of the Boston Microtonal Society James Bergin and Julia Werntz, Jessi Rosinski gave the only electroacoustic work, Flight, for flute and electronic sound. Though there were issues with the tape, Rosinski surely outdid it. Her incredibly accurate execution of microtones astonished Despite the tendency for the timbre to change on microtones, Rosinski ensured each pitch maintained its standard character. From what there was of interaction between the tape and the flutist, the tape helped to highlight the dissonances and consonances of the microtonal language. One thing that does need to be mentioned, however, is that sometimes Rosinski’s vibrato would obscure the microtones, something which cellist Mook was able to skillfully avoid. The tape, however, did show its age. There was an audible hiss throughout, showing it was recorded on old magnetic tape, and the synthesizer choice sounded slightly dated in comparison to the sounds now available to composers. Nevertheless,  the product that we heard still effectively provided atmospheric support for the soloist.

The last Sims work featured was easily the most sonically diverse, even more so than the large ensemble Five Songs. 20 Years After or I breathe when I sleep, with violinist Liang and clarinetist Advocat, was a powerhouse. Heterogenous in sonic character, the two performers remained in sync like the previous duet of Liang and Black. The approach to composition seemed to be a large departure from what we had heard so far, bearing resemblance to fellow Bostonian and microtonal composer Joe Maneri in how dissonances and consonances were treated. The piece heavily exploited the small variance in the quality of dissonance in the change between a twelfth-tone and a sixth-tone, completely altering the reception of motion to the audience (which is highly characteristic of Maneri’s concert works and improvisations). Variation happened in small increments, making me question whether the piece was actually a multimovement work or if it was a single one with slight pauses that never broke the flow. All motion happened in small increments, passing between the violin and the clarinet at will; Advocat once again helped distinguish changes in her animated style, helping the listener pay attention to the minor changes in the texture. For a final Sims piece, there really was no better choice.

The only non-Sims work rounded out the evening. Mathew Rosenblum wrote his new commissioned work Gymnopédies Nos. 3-7/Kiki Wearing Tasha expressly for the Boston Microtonal Society under the same anonymous grant that funded the concert. Dispatched by flutist Rosinski, clarinetist Advocat, violinist Liang, and cellist Russel under the baton of Minakakis, the work greatly contrasted the rest of the evening’s fare. Rosenblum’s notes commented on how his treatment of the work came greatly from the idea of “a microtonal theme from a spaghetti western—perhaps written by unlikely film composer Morton Feldman.” Categorically, both statements are true. The work could easily fit in with a film score, tending towards broad shifts in character and harmonic palate congruent with how to both anticipate and react to what appears on screen. It also managed to stay true to the modern aesthetic, following the vein of Sims without being derivative. Underthe restrained yet communicative Minakakis everything was spot on. But the microtonal writing was not the main focus of the work; changes in timbral qualities came first, with microtones making up part of the fabric that held the harmonic language together. Generally staid, it focused heavily on emphasizing the different techniques employed alongside shifts in attention to microtonal scales or dissonances, until it came to what Rosenblum described as “an unexpected explosive add-on section at the end,” truly blindsiding the listener with a sudden shift in dynamics and character unseen up until that point. Strangely enough, although described as unexpected, the coda felt natural.

Ezra Sims touched a generation of performers and composers, guiding them to a unique system that was both universal to the microtonal world and personal to Sims. The feelings in the tribute to a beloved Boston new music icon were palatable throughout the hall.

Composer and tubist Ian Wiese, a graduate student in music composition at the New England Conservatory is currently a student of concert organizer Julia Werntz as well as of Kati Agocs.