Musica Sacra’s director Mary Beekman chose Handel’s unusual oratorio Israel in Egypt at least partly because it displays the brilliance and variety of Handel’s choral writing (almost to the exclusion of solo voices), but also because of its timeliness. Based on the Biblical account of the Israelites fleeing the tyranny of Pharaoh in Egypt and arriving as refugees in what they hope will be their own land, the biblical story is one of the earliest accounts in Western literature of a large group of people seeking to find a safe home in a different place. On Saturday evening, March 11, at the First Church in Cambridge, it was announced that 10% of the ticket sales and 50% of the merchandise sales at the concert would be donated to the International Institute of New England, an organization that offers information and resources for refugees and immigrants to Boston and elsewhere in New England. 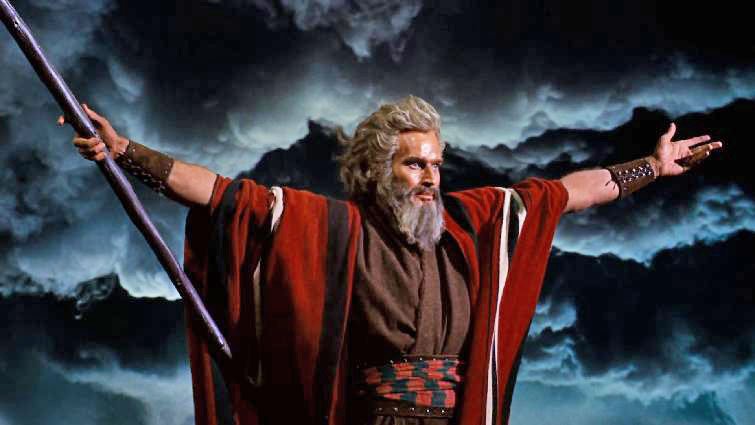 Handel originally composed the oratorio in three sections, starting with an occasional work that he repurposing an original opening from a funeral anthem he had composed in 1737 on the death of Queen Caroline. He adapted the lamentation as an expression of mourning on the death of Joseph, whose sale by his brothers had brought him to Egypt and led subsequently to the bondage of his people there. As Exodus and Handel tell us, after Joseph’s death and the arrival of a new Pharaoh, the Israelites’ bondage became intolerable.

The remainder of the oratorio consists of two further parts: an account of the tribulations of the Israelites under the new Pharaoh, of the plagues sent by God to persuade Pharaoh to let the Israelites go, the crossing of the Red Sea, and a final celebration in Moses’ song of praise.

When this version was performed originally in 1739, the response was less positive than Handel hoped. He was a thoroughly entrepreneurial composer and surely recognized, that his audience saw the oratorios as a seasonal substitute for the operas, which were banned during Lent. He assumed that he had perhaps gone overboard in the close sequence of choral movements, when his audience surely came to hear brilliant solo singing. When he revised the work two years later, he deleted the original Part One and added a number of solo passages. It is this revised version of Israel in Egypt that Beekman and her ensemble performed.

The source of the plot is, of course, the book of Exodus. Curiously, the text of the oratorio that was prepared by Charles Jennens (drawing upon a range of Old Testament passages, much as he was to do a few years later for Messiah) almost totally omits passages from Exodus. In putting together the narrative that takes place in Part Two, Jennens chose carefully selected verses from the Psalms that recall the incidents. But for Part Three, which is entirely celebratory, he uses extensive passage from Exodus 15 containing Moses’ song almost verbatim.

In the printed program, Mary Beekman separates the text of the oratorio movement by movement, and after each text excerpt offers a brief paragraph describing what Handel has accomplished in the music, both expressively and structurally. This is a very helpful approach because it allows those interested to stay connected with the text while absorbing the special features of Handel’s creation.

The actual narrative of Israel’s escape from Egypt (now Part One) is presented almost entirely in choral form with just a few recitatives and arias, sung expressively and clearly by tenor Jonas Budris and countertenor Doug Dodson. The chorus, as always with Musica Sacra, was well schooled, both in the contrapuntal lines and the expression of the sometimes-colorful text. The first chorus, for example, recounts the plague in which the water of the Nile is turned to blood. Handel’s music describes the loathing of the people created by this change, with dissonant leaps and chromatic motion. Later, one of the most colorful moments depicts the Lord speaking the word and bringing “all manner of flies and lice in all their quarters.” The upper strings race in 32nd notes, and the voices bring forth the words in rapid moving eight notes, evoking the buzzing and constant motion of the insects. And so on throughout the sequence of plagues.

At times, quite possibly due to the complex eight-part texture of some of the choruses, or perhaps to the live resonance of the First Church’s nave, and the choral articulation seemed something less than crisp. When the chorus sang in chordal blocks, consonants were considerably clearer, but of course complex counterpoint always tends to cover some of those details. Still, Musica Sacra fully projected the emotive coloration of the dramatic descriptions of plague, escape, and dramatic passage of the Red Sea.

Part Two, Moses’s Song, was a different expressive matter altogether. The text, drawn in a block from Exodus 15, expresses celebration and glorification throughout. The festive character is expressed partly in the fact that the choral writing is now all for rich double choruses, and Handel inserts several arias, now including women’s voices as well as the tenor and countertenor that been heard earlier. Sopranos Barbara Allen Hill and Janet Ross offered a lovely duet early in the second part, and effectively descriptive arias by tenor Jonas Budris evoked the Israelite escape and the Egyptian pursuit. Hill recounted how wind that blew over the Red Sea causing the waters to drown the Egyptian pursuers (with a marvelous evocation by the wind instruments); Dodson and Budris projected solo countertenor aria and tenor recitative respectively, alternating, with bright double choruses. In the final brilliant song of triumph, soprano Janet Ross, alternated with a double chorus for a truly festive close.

Modern audiences have no problem appreciating Handel’s wonderfully imaginative choral writing during Lent or at any other time. This crowd responded with warm and extended applause.