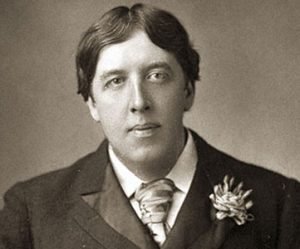 Odyssey Opera’s “Wilde Opera Nights 2017” opens with the comedic masterpiece The Importance of Being Earnest, set by one of the 20th-century’s master film composers, Mario Castelnuevo-Tedesco.

The famous romp comes to life in full staging with music that pokes as much fun at the opera world as Oscar Wilde does at Victorian society.

The three-act chamber opera for eight singers, two pianos and percussion, based on the play of the same name by Wilde, plays for two nights only, March 17th and 18th, at Boston Center for the Arts’ Calderwood Pavilion.

Shall we think of the director Gil Rose as a modern-day Odysseus? His journeys through realms of discovery are characterized by sirenic pulls in enough directions to keep the namesake company well-centered within its straits. In short, Odyssey Opera, operating outside the mandates of conventional box-office wisdom, can take us beyond the predictable in opera productions which always give pride of place to the composers and librettists. Whatever Rose has rescued from obscurity has provided plenteous rewards. We expect this season’s Oscar Wilde ménage à trois to charm and amuse. Don’t look for any bloody handkerchiefs, though.

BMInt spoke with Rose about it all.

FLE: Mario Castelnuovo-Tedesco is from neither the country nor the period of this quintessential Wilde satire. How does he go about evoking those very integral components of the play?

He uses a couple of tricks: the main one is quotations. The opera is chockful of snippets from other operas—lighthearted, humorous, inside jokes, some things people will recognize immediately; others more hidden. It’s not exactly a pastiche, rather something more of a confectionery collection of bonbons. The first time you hear one of the quotes you wonder, hmm, is this where we’re going? But he uses them so effectively, and he arrives at them so effortlessly, getting out of them sometimes after just a second, while some are there for a while. It’s really a lot of fun. It keeps the entire proceedings rather light and conversational.

Is there a lot of spoken text, and is it all Wilde?

The words are all Wilde’s, and something like 60% of his dialogue gets into the opera.

Is the music funny in and of itself?

The music really is charming and funny all by itself. The way Castelnuovo-Tedesco manipulates and plays with his quotations is astonishingly sparkling and clever. And getting this froth out of two pianos and percussion is something almost miraculous.

Is there anything about the opera that would annoy lovers of Wilde?

They really ought to appreciate it, because it has a Wildean sort of flair and facile charm—and it certainly has all the most famous one-liners.

Quite a few second-rate librettos have been turned into first-rate operas by gifted composers, but Wilde’s play is a masterpiece. In view of this, do you feel the need to place extra emphasis on the singers’ acting, via the stage director, or are you influenced by Lady Bracknell’s credo from the play: “I do not approve of anything that tampers with natural ignorance. Ignorance is like a delicate exotic fruit: touch it and the bloom is gone” (though perhaps you might use another word than “ignorance”)?

This sounds like more of a question for the stage director, but that happens to be me! The trick is that you don’t want to gild the lily too much. You’ve got to let the words and the music do the work and not let the singer/actors force things too much. Since there is singing involved, the delivery is more athletic than it might be in the stage play, and since the amount of text is also truncated, it has to be presented in a way that distills it very clearly. The way the music supports the characterization and the subplots should leave us not focusing on the words that didn’t make the cut.

Are you blessed with a cast that can act as well as it can sing?

Everyone in this cast was chosen because not only could they sing, but also they could look and act like the characters they are taking, and were natural stage animals.

Readers who like what they see and hear will be very pleased to know that a commercial recording of Earnest will be forthcoming. Meanwhile, let’s leave readers with a bit of the 1952 movie version, and the suggestion that a new version with David Suchet as a drag Lady Bracknell is coming in April.

Odyssey Opera’s ménage next features a dwarf, Zemslinsky’s Der Zwerg, in concert version at Jordan Hall on April 14th. In this adaptation of Wilde’s short story, “The Birthday of the Infanta,” a royal birthday celebration ends with heartbreak.

Some listeners may be frightened upon learning that Zemlinsky was at one point a teacher of Arnold Schoenberg—but his own music predilection ranged more in the realm of Strauss and Mahler, lush and rich. The Dwarf , based on Wilde’s The Birthday of the Infanta, is the second opera he composed on a Wilde’ text, following A Florentine Tragedy. The title change focuses on the central character who was presumably Zemlinsky’s view of himself, as an unattractive, even ugly, figure of a man. This view of himself had evidently been  brought home to him when Alma Schindler broke off a romantic relationship with him (he had been her composition teacher) upon meeting and marrying Gustav Mahler. She evidently left Zemlinsky in no doubt as to his lack of a handsome face and figure.

The Dwarf  is the only Zemllinsky opera to use a technique similar to that of Wagner’s Leitmotiven, which is entirely appropriate, since both Tristan and The Dwarf deal with the psychopathology of love, for which Wagner’s masterpiece could offer many elements as models (though it is far shorter!).

This amazing score is something is somewhere between Richard Strauss and Ravel. It’s one of the most underappreciated scores I know, and entirely undeserving of its neglect. And we will have some spectacular singers.

Gilbert and Sullivan’s Patience, in its original production, designed costumes for some of the principal character to reflect artists currently prominent in the “aesthetic” movement—most especially Oscar Wilde and the painter Whistler. At the time critics wondered whether Patience could hold the stage after the Aesthetic movement faded away, but in fact the real theme of the operetta is pretense (Reginald Bunthorne is a fake, pretending to be an aesthetic poet to attract the attentions of the ladies who are devoted to that movement. Fakes, frauds, pretenders and scammers we always have with us. Indeed it may be safe to say that Patience is the most up-to-date of all G&S operas, and the scenes in which other character attempt to put on the aesthetic style themselves are among the funniest in all the Savoy operas

Regarding Patience, which treads the BU Theater boards on June 2nd and 3rd, where, if anywhere, do you find satire in Sullivan’s score, and how do you mean to bring that out for audiences that may not be familiar with the objects of the satire?

Even the famous Gilbert and Sullivan shows are tough to do in an era when the allusions may have lost their sting, and Patience is highly satirical. This is not a question to be taken lightly. Directors often take these on at their peril. The best way is to play it straight. You don’t go for the laughs, you let them happen. That’s the thing with Earnest too … but it’s a little harder with everyone singing. In the best productions I’ve seen of Earnest, there wasn’t a lot of shtick.

You seem lucky in being able to present what interests you. Have you ever felt that a conductor’s life is anything but a nappy one? Do you ever have artistic tantrums?

Who, me? Why, never! Those who know me well may dread it when I become quiet, but in all seriousness, my lot as an artist is often quite nappy.

The Importance of Being Earnest

A tale of deception, disguise, and misadventure, with plot twists and characters satirizing Victorian values.

Next in the series:

A fully staged performance of the Gilbert & Sullivan’s famous exploration of Oscar Wilde’s world of the Aesthetes of Victorian England rounds out the Wilde Oscar Nights season. Vanity, passion, and virtue challenge changing societal norms in this comédie célèbre.