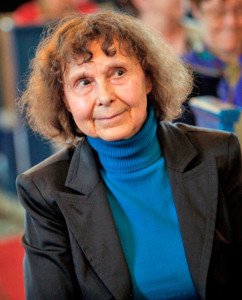 The grippingly intense, expressive and often spiritual music of the Russian composer Sofia Gubaidulina (b.1931) has led many “to hail her as the truest successor to Shostakovich” (Ted Libbey). For almost 30 years Gubaidulina has had a close relationship with the BSO, but next week will be a special one for her in town. On Thursday February 23rd NEC students and faculty in collaboration with the BSO will present a “Do You Hear What I Hear?” concert / discussion at NEC’s Brown Hall, followed by the BSO’s world premiere of the composer’s Triple Concerto for Violin, Cello and Bayan. The next day sees an NEC piano masterclass with Gubaidulina. And finally, on Monday February 27th, an NEC tribute concert plus honorary-degree presentation will feature three of her works, as well as Schoenberg’s Pierrot Lunaire with famed flutist Paula Robison as narrator.

Program curator John Heiss of NEC discussed Gubaidulina’s positive impact on music and the significance of the Conservatory presenting her with the honorary degree. “What an incredibly important person Sofia Gubaidulina is to music, and I am thrilled that NEC is presenting her with an honorary degree. She brings a wonderful emotional quality to her scores and I know how highly she is thought of …. This event is so important to our students, because they truly believe in new music. It has been amazing to see their excitement and watch them prepare, especially because they know Gubaidulina will be rehearsing with them and listening at the concert.”

The popular “Do You Hear What I Hear?” series is a collaboration between NEC and the BSO that presents unique, and decidedly eclectic, hourlong prelude concerts. On February 23rd at 6pm in NEC’s Brown Hall, students will perform works by Gubaidulina and others, the ensembles coached and conducted by NEC faculty member Stephen Drury. BSO Assistant Artistic Administrator Eric Valliere will moderate a conversation with the composer.

For the final week of Andris Nelsons’s February concerts at Symphony Hall, February 23-25, he leads the world premiere of Gubaidulina’s BSO co-commissioned Triple Concerto for Violin, Cello, and Bayan (a Russian button accordion, a traditional instrument featured in many of Gubaidulina’s works), featuring soloists Baiba Skride, Harriet Krijgh, and Elsbeth Moser. (Skride has frequently performed the composer’s haunting, biting Offertorium violin concerto, which introduced Gubaidulina to Boston and indeed US audiences.) The program closes with Shostakovich’s epic Symphony No. 7, Leningrad, which depicts the heroic struggle of the city’s citizens during the Third Reich’s long WWII siege. The performances are part of Nelson’s ongoing Shostakovich cycle with the BSO. (This program will be repeated at Carnegie Hall on February 28.)

The piano masterclass is open to the public, February 24th at 10am in Williams Hall. The composer will discuss her music and coach NEC piano students.

Gubaidulina was born in Chistopol in the Tatar Republic on October 24, 1931. She studied piano (with Grigory Kogan) and composition, and graduated from the Kazan Conservatory in 1954. Until 1959 she further studied composition at the Moscow Conservatory with Nikolai Peiko, Shostakovich’s assistant, and did postgraduate work under Vissarion Shebalin. She has been active as a composer since 1963. In 1975, together with Viktor Suslin and Vyacheslav Artyomov, she founded the Astreya Ensemble, which specialized in improvising on rare Russian, Caucasian, Central Asian and East Asian folk and ritual instruments. These hitherto unknown sounds and timbres and ways of experiencing musical time had a profound influence on her creative work. Since the early 1980s, and especially due to the support and encouragement given to her by Gidon Kremer, her works have been performed widely in Western countries. She was permitted to travel to the West in 1985, and left Russia for Germany in 1992.

Gubaidulina has particular interest in setting visionary and prophetic texts by T.S. Eliot, Marina Tsvetaeva and Gennadi Aigi. Her aural imagination lends themes of spirituality to unorthodox formats developed through sonic experiments. A striking feature of her work is the almost total absence of absolute music. 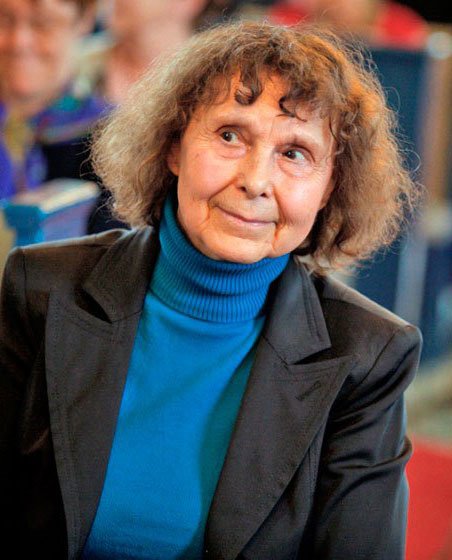 With Schnittke and Denisov, Gubaidulina is one of the three major Moscow composers of the post-Shostakovich era. One of earliest Soviet composers to show a deep interest in religious themes, she writes music that can at one extreme be improvisatory and at the other be strictly organized on ancient mystical principles. Commissions have been requested from Kremer, Yuri Bashmet, Rostropovich, the Kronos and Arditti quartets, Gennady Rozhdestvensky, Sir Simon Rattle, the BBC, the Berlin Festival, the Library of Congress, NHK, the New York Philharmonic, the BSO and other institutions. Gubaidulina’s awards and prizes include the Rome International Composer’s Competition, the Prix de Monaco, the Koussevitzky International Record Award, the Premio Franco Abbiato, the Heidelberger Künstlerinnenpreis, and the Russian State Prize. More-recent awards include the Ludwig Spohr Prize of the City of Brunswick, the Japanese Praemium Imperiale, the Prize of the Léonie Sonning Music Foundation in Copenhagen, the Stockholm Concert Hall Foundation’s Honorary Medal in Gold, the Goethe Medal of the City of Weimar, the Polar Music Prize, the Great Distinguished Service Cross of the Order of Merit of the Federal Republic of Germany, and the Living Composer Prize in the Cannes Classical Awards.

Comments Off on Gubaidulina Honored by BSO and NEC