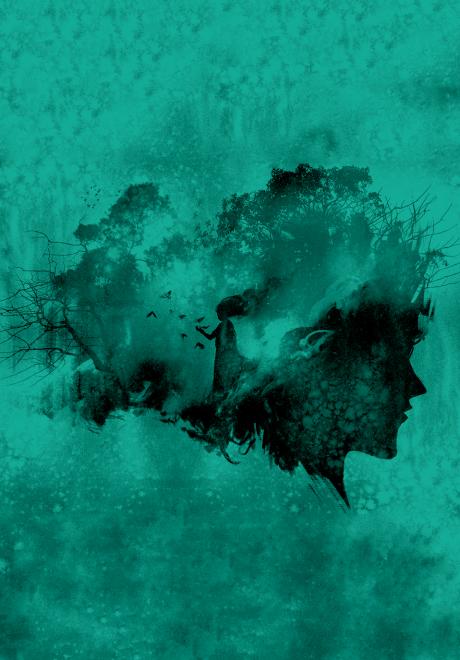 After a Thursday night cancellation, due to the ironically named storm Niko, an opera by Nico Muhly enjoyed a three-show run this past weekend. As a part of Boston Conservatory at Berklee’s New Music Festival and a culmination of the week’s activities, Muhly’s Dark Sisters, with its gripping narrative, brought a close to the festival dedicated to this young composer. On the basis of Saturday’s performance, the tackling of this very recent contemporary work by the numerous students involved proved commendable and valuable.

Nico Muhly, the featured composer of this year’s New Music Festival, made a worthy and notable guest to Boston. A prolific and multifaceted New York-based composer, Muhly has collaborated with numerous artists as diverse as Bjork, Sufjan Stevens, Joanna Newsom, and worked as an editor and conductor for Philip Glass. In the classical world, he is comfortable composing chamber music, concertos, ballet scores, and operas. A recently expansively beautiful work is his viola concerto composed for Nadia Sirota. His first opera, Two Boys (2010) brought him into the limelight of contemporary American music with performances by the Metropolitan Opera. His other opera, Dark Sisters (2011), received its premiere by the adventurous and intimate Gotham Chamber Opera; it gives us a portrait of a composer subject to various influences who also maintains a connection to the thematic thread of music drama.

Split into two distinct acts, the narrative of Dark Sisters draws from the accounts of members within the Fundamentalist Latter-Day Saints (FLDS) and their heightened media attention with the 2008 raids, following the tensions and doubts of Eliza, one of the five wives of the Prophet.  Known for their polygamous convictions, extreme patriarchal tenets, and subservient devotion to God, the libretto by Stephen Karam weaves the mothers’ deep concern for their children with issues of personal identity, faith, indoctrination, and relational complexities. One imagines the dynamic nature of polygamy could have been a specific theme addressed by Wagner or Puccini, who were unafraid to confront controversial morals of their time.

With the backdrop of stars and a levitated moon in lunar eclipse, this dark and minimal setting equivocally coordinated with the simply-dressed woman and the remoteness of their reality. Despite opening with a short dramatic overture, the continuous score of Act I, with emotive or furtive swells surrounding the obsessively placid textures, remained clouded and hidden behind the drama unfolding through the text. The doubting Eliza (performed by the engaging soprano Alyssa Hensel) emerges as the rebelling protagonist from the dream-like peacefulness that these pious characters and the orchestra successfully realize in tandem. The trio of glockenspiel, celeste, and harp created a beautifully weightless shimmer with the star-speckled projection in the background.

With so many soprano and mezzo-soprano characters, Muhly avoids a few of these precarious situations by creating contrapuntal textures more attuned to Bach’s fugues rather than homophonic choruses. Through these quick alternations between aria-like settings, layers of voices, and monotone recitatives, the role of Eliza as opposition to the status quo can become more evident. The line “Keep sweet”, first recited as a religious proverb, eventually becomes a jarring and torturous mantra to the listener. The Prophet (“Father”), performed solemnly by Blake Jennings that night, remained detached from much of the drama. In a climactic closure to the act, the five wives and Prophet disrobe to reveal their religious undergarments and their faithful devotion to God and family; yet the forewarning of change comes through the Prophet’s pronouncement that the whole world will soon be watching and that Eliza will eventually break free.

In a juxtaposed transformation for the second act, the moon becomes a “NEWS” placard, the bass Jennings becomes King, and the scene replicates the iconic interview with the wives of the Prophet (For original and sensational footage, the video is on YouTube [here]). As an interesting choice of stage direction, an unsteady and pixilated camera filming the women was projected upon the backdrop. The interrogation of the reporter to the women who have had their children taken from them feels intense and anxious through their polyrhythmic answers, repetitions, and the rapt silence of Eliza.

While much of the orchestra remained static in this act, the woodwind section gave the fragmentary Glass-like arpeggiations and cyclic melodies enthusiastic and reflective interpretation. The diminished role of the orchestra is overcome when beautiful timbres of individual players support the vocalists’ lyrical phrases: a flute attaches to Eliza for an angular melody in response to their pain; the warm brass back the Prophet’s authoritative sermonizing; the lovely English horn sorrowfully replicates the wives’ pleas. Though the conservatory players showed themselves very capable, some moments lacked the more aggressive drive and fricative ictuses warranted by the dramatic swells and endless vocal yearnings. Under blue skies, with a paraphrase of a hymn, and a symbolistic death, the opera abruptly ends with little denouement or clarity of resolution. Much like the incomplete arrivals of the orchestra, the dramatic narrative leaves much to ponder. In a fascinating portrayal of the psychology of religious thought, questions of morality, and difficulties with dissent, Muhly allows for an opening to empathize with a human experience very far removed from our own.

In a display of beautifully expansive collaboration, the many students and faculty involved in the cast, orchestra, production, costumes, and direction not specifically mentioned in the article deserve much praise. Two pairs of casts alternated performances, giving many students the opportunity to interact with this luminescent opera. The chamber orchestra was led precisely by Andrew Altenbach; furthermore, director Nathan Troup, whose artistic ideal came through the seamless transitions and focus on the individual vs. collective paradigm, aptly declared in the program’s note “Presenting new works by living composers is an essential element to a thriving opera training program.” This ideal became a driving force that made this great undertaking successful.

Ed. Note: The last paragraph is an addition.