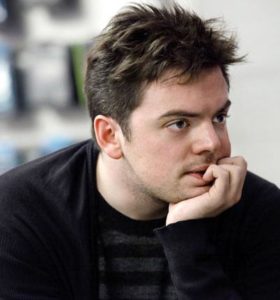 Starting Tuesday and continuing through the weekend, the Boston Conservatory at Berklee will hold its annual New Music Festival: The Music of Nico Muhly, February 7–12, with Kunkemueller artist-in-residence Muhly on campus for the duration. He begins his residency at the Conservatory today, February 6; it ends Saturday, on the date of the 150th anniversary of the institution.

This is the first festival of Muhly’s works in Boston, and many will be performed in the city for the first time.

For a portrait of the artist as a younger man, including droll origin stories, see this interview.

During his time here, Muhly will perform in recital, teach composition seminars, give open chamber master classes, and coach all selections for the New Music Festival concerts. He also will host a public forum on composing for the dramatic stage, which will be presented before the Friday evening performance of his opera Dark Sisters at the Boston Conservatory Theater. Muhly’s longtime collaborator the famed violist Nadia Sirota will join in various works alongside him in recital.

Many events are free, and the full schedule is here.

The annual festival presents a series of modern music by world-class compositional voices of this and the last centuries. A focal point of the contemporary-music scene in Boston, it has previously highlighted the works of Boulez, Schuller, Andriessen, Crumb, and Martino. 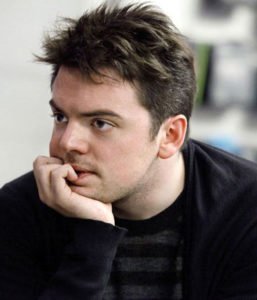 “We are proud to honor Nico Muhly’s many accomplishments in contemporary music with this year’s New Music Festival,” said Eric Hewitt, artistic director. “Nico is an old friend, truly a visionary in the field of contemporary classical music, bringing together elements of the inherited and the experimental, and we welcome him into the classrooms and onto the stages at the Boston Conservatory with tremendous joy.”

All concerts will take place at Boston Conservatory’s Seully Hall except for Dark Sisters (February 9-12), and its pre-show panel, on February 10 at the Boston Conservatory Theater. Seully Hall is located at 8 Fenway in Boston, while the BoCo Theater is located at 31 Hemenway Street. Tickets are available at bostonconservatory.berklee.edu/events or by calling the box office phone, 617-912-9222 Wednesday–Friday, noon to 5pm.