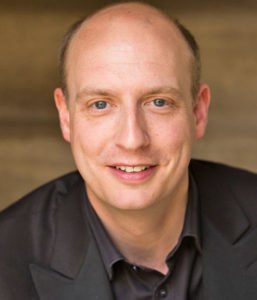 The BSO has announced the appointment of James Burton as conductor of the Tanglewood Festival Chorus and also the new role of BSO choral director. Burton will be only the second leader of TFC, founded in 1970.

The appointment of the British-born choral conductor takes effect immediately, in conjunction with this week’s Andris Nelsons-led BSO performances of Bach’s Mass in B Minor (February 2-7), for which Burton prepared TFC.

In the newly established title of choral director, Burton will explore new opportunities to enhance the orchestra’s choral activities.

The appointment is the result of a search that began in summer 2015, when a committee of TFC members, Boston Symphony musicians, BSO staff, and a representative from the BSO’s board of trustees was charged with the task, under the guidance of Nelsons. Burton is only the second conductor to be appointed TFC director since its founding, in 1970; he follows in the footsteps of John Oliver, Tanglewood Festival Chorus founder and director from 1970 to 2015. Oliver now holds the title founder and conductor laureate.

Burton’s primary duties will include auditioning, selecting, and preparing the chorus for performances with the BSO and Pops, at Symphony Hall, on tour, and at Tanglewood. He will also serve as an understudy for Nelsons and guest conductors, filling in when needed to lead both orchestra and chorus in performances featuring major choral works. He also takes on a consulting responsibility with Nelsons and BSO staff, advising both during program planning and around the activities of the chorus. He will conduct TFC in concerts featuring the ensemble in its own programs. He will as well suggest opportunities that would benefit the institution by encouraging a broader engagement with choral singing.

His contract begins immediately with this week’s Bach program and runs through the end of the 2021-22 season. He begins fulltime work at the start of the Tanglewood season. Burton and his family have been living near Oxford England and will move to the Boston area in the near future.

Andris Nelsons had this to say: “Together with my wonderful BSO colleagues, I am very honored to celebrate the appointment of James Burton as the next conductor of the Tanglewood Festival Chorus. We are excited to have found such an inspiring and unique person to lead the BSO’s special chorus, and proud to continue the incredible legacy of Founder and Conductor Laureate John Oliver.

“James has an extraordinary ear for vocal balance and blend. His immense understanding of the numerous different languages of the chorus’s repertoire, and instincts with all musical styles, are just a few of his many gifts. He has greatly impressed us all with his ability to inspire the chorus and communicate his ideas so effectively regarding both technique and music interpretation. Finally, we all so appreciate James’s collaborative spirit to all his work, sharing his enthusiasm and passion for music with all of us. We join him in our goal to bring our very best musicmaking to our wonderful audiences, who have always shown so much admiration and kind support to our all-volunteer chorus.

I am delighted to have been appointed to this prestigious post, and am greatly looking forward to leading the incredibly dedicated members of the Tanglewood Festival Chorus, working closely with Andris Nelsons, and to becoming a member of the BSO family of musicians. I have had a fantastic welcome here, and am excited to develop a close relationship with Boston’s rich musical community, especially the wonderful audiences of the BSO, as well as the Boston Pops under Keith Lockhart. I have loved choral music since I was a young boy, and I believe that singing is one of the greatest of all human endeavors, not least when voices are joined together in a true harmony. For me to be given the role of bringing great choral music to Boston Symphony audiences at Symphony Hall and Tanglewood is a wonderful privilege, and I am very much looking forward to starting work.

Born in London, Burton began his training at the choir of Westminster Abbey, where he became head chorister. He was a choral scholar at St. John’s College Cambridge, and holds a master’s degree in orchestral conducting from the Peabody Conservatory, where he studied with Frederik Prausnitz and Gustav Meier. Since 2002 he has been music director of the chamber choir Schola Cantorum of Oxford. From then until 2009 he served also as choral director at the Hallé Orchestra in Manchester England, where he was music director of the Hallé Choir and founding conductor of the Hallé Youth Choir, winning the Gramophone Choral Award. He returned to Manchester in 2014, preparing the choirs for what would become another Gramophone-nominated recording—Vaughan Williams’s Sea Symphony. Burton’s extensive choral conducting has included guest invitations from many highly regarded professional choirs including the Gabrieli Consort, Choir of the Enlightenment, the choir of Poland’s acclaimed Wrocław Philharmonic, and the BBC Singers in London, with whom he appears later this season when the Proms are touring to the new opera house in Dubai. In 2017 he will appear as guest director of the National Youth Choir of Japan and the Princeton University Glee Club.

During the 2016 Tanglewood season, he led the TFC’s annual Friday Prelude Concert in Ozawa Hall and was guest chorus conductor for the BSO’s season-ending performance of Beethoven’s Ninth with Nelsons. Burton also prepared TFC last summer for a Nelsons-led performance of acts I and II from Verdi’s Aida. In February at Symphony Hall he was guest chorus conductor for the TFC’s performances under Charles Dutoit of Berlioz’s Resurrexit and Te Deum; he also worked with Dutoit in preparing the chorus for performances of Rossini’s Stabat Mater.

Burton has conducted concerts with the Royal Liverpool Philharmonic, the Orchestra of the Age of Enlightenment, the Hallé, the Orchestra of Scottish Opera, Royal Northern Sinfonia, BBC Concert Orchestra, and Manchester Camerata; in early 2016 he made his conducting debut with the Orquestra Sinfónica Nacional of Mexico, and he returns there later this season for performances of orchestral and choral music by Brahms. His opera credits include Don Giovanni and La Bohème at English National Opera, Così fan tutte at English Touring Opera, the Magic Flute at Garsington Opera, and Gianni Schicchi and Suor Angelica at the Prague Summer Nights Festival. He has served on the staff of the Metropolitan Opera, Opéra de Paris, English National Opera, Opera Rara, and Garsington Opera. He also led a UK tour of Bernstein’s Wonderful Town in 2012.

Formed under the sponsorship of Boston University and the BSO, the all-volunteer Tanglewood Festival Chorus was established in 1970 by founding conductor John Oliver, who stepped down from his leadership position at the end of the 2014 Tanglewood season, and was awarded the Tanglewood Medal by the BSO to honor his 45 years of service. Established for performances at the BSO’s summer home and debuting in April 1970 in a performance of Beethoven’s Ninth led by Leonard Bernstein, TFC was soon playing a major role in the BSO’s subscription season as well as in concerts at Carnegie Hall. Now numbering more than 300 singers, the ensemble performs year-round with the Symphony and Pops. It has made dozens of recordings including Grammy nominations, given world premieres, and sung a cappella. TFC members have also performed with other conductors and orchestras and on and for other occasions, not only funerals but local sports events and movie soundtracks.

TFC members regularly commute from the greater Boston area, western Massachusetts, Connecticut, Rhode Island, New Hampshire, Vermont, and Maine, and alumni frequently return each summer from as far away as Florida and California to sing with the chorus at Tanglewood. Throughout its history, TFC has established itself as a favorite of conductors, soloists, critics, and audiences alike.

Comments Off on A New Leader for TFC