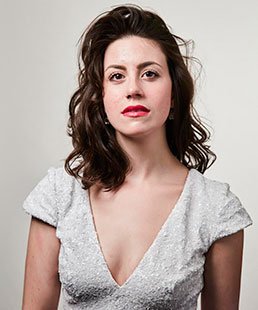 Boston’s Back Bay Chorale, a 120-member auditioned chorus led since 2004 by Music Director Scott Allen Jarrett, draws experienced singers from the metropolitan area. Even in a city especially blessed by a great number and variety of singing ensembles, the Chorale has an enviable reputation among nonprofessional choruses for its high-quality performances, imaginative programming, commitment to the commissioning of new works, and its vision for the future. Since its creation 44 years ago, the ensemble has made an unwavering commitment to sharing a rich selection of the vast choral repertoire ranging from the European Renaissance to contemporary music of many countries and languages, mixing “warhorses” (e.g., Bach’s Mass in B Minor, Beethoven’s Missa Solemnis, Mendelssohn’s Elijah, Orff’s Carmina Burana) with unduly neglected or lesser known masterpieces and newly commissioned works (e.g., Rachmaninoff’s All-Night Vigil [“Vespers”], Pizzetti’s Requiem, Marjorie Merryman’s Three Ballads, and Mohammed Fairouz’s Anything Can Happen).

Larry Hill, a famously charismatic figure even 28 years after his death, founded the Back Bay Chorale in 1973 at Boston’s Church of the Covenant, creating a musical ministry to bring artistic enrichment and education to both choral singers and their audiences. Since 1989, the group has maintained its niche while exploring additional ventures under Hill’s successors, music directors Beverly Taylor, Julian Wachner, James Olesen, and Scott Jarrett. The Artist in Residence program has helped a number of young solo singers launch their careers, and the Chorale currently employs its second Conducting Fellow, Jonathan Mott. It has continued to commission and premiere many new choral works, including James Russell Smith’s Canto V: The Second Circle, Robert Kyr’s Passion According to Four Evangelists, Stephen Paulus’s Voices, and Julian Wachner’s Symphony No. 1: Incantations and Lamentations.

Engagement with the community has always been at the core of the Back Bay Chorale’s mission, and especially in recent years the organization has found new avenues to this end. In 2013 it made its debut with the Boston Landmarks Orchestra at the Hatch Shell on the Esplanade, in the “I Have a Dream” concert, a musical tribute to the Rev. Dr. Martin Luther King, Jr., on the 50th anniversary of his famous speech. This partnership of free concerts has continued in succeeding summers. Likewise, during the regular concert season the Chorale provides free tickets to students and senior citizens who would otherwise be unable to attend live performances.

In a further effort to widen its audience, three years ago BBC created BRIDGES, a program dedicated to bringing its singing to those who are unable to attend live concert performances because of such barriers as disability, income, institutional isolation, etc. This outreach project has focused on two specific groups of people: those with Alzheimer’s and dementia, and veterans—particularly those recovering from injury and post-traumatic stress disorder. Smaller ensembles from the main chorus travel to long-term care facilities such as Standish Village in Dorchester, Cornerstone at Canton, and the Chelsea Soldiers Home with accessible musical programs that prompt memories and participation for residents. A similar venture marked its first anniversary last month, a partnership with the Tremble Clefs, a chorus of the Jewish Family and Children’s Service for those suffering the effects of Parkinson’s disease and their caregivers. Also, BRIDGES has begun a photo- and text-based initiative called “Why I Sing”, to portray how important singing is to their listeners’ well-being, enjoyment, and human connections.

The Back Bay Chorale’s ongoing commitment to these new outreach ventures led to some years of considerable thought and energy being poured into the creation of a strategic plan and the June 2016 hiring of its first Executive Director, Garrett Murphy, to help guide the chorus into the next phase of its history. Jarrett, Murphy, and the Chorale’s board of directors, staff, and volunteers work closely to grow the organization and enhance such existing initiatives as BRIDGES and the Tremble Clefs collaboration. BBC is also in various stages of creating partnerships with area organizations and schools as part of its vision for the future.

Two more concerts remain in the Chorale’s 2016-17 season: Essential Voices: Da Pacem on March 11, conducted by Jonathan Mott at St. Paul’s Church, Cambridge, featuring works of Bach, Byrd, Rachmaninoff, Tavener, and others, and Franz Josef Haydn’s Die Schöpfung (The Creation) on May 14th, with full orchestra conducted by Scott Allen Jarrett at Sanders Theater, Harvard. At 3:00pm Sunday, January 29, there is also a BBC fundraiser performance at a private residence near Harvard Square, Cambridge, featuring soprano Jacquelyn Stucker (one of the soloists in the May 14 concert) singing the exquisite poetry of Paul Verlaine in both Claude Debussy’s Ariettes oubliées and Gabriel Fauré’s La bonne chanson, with Scott Allen Jarrett, piano, and the principal string players from the May concert’s orchestra, violinists Heidi Braun-Hill and Heather Braun-Brakken, violist Daniel Dona, and cellist Rafael Popper-Keizer. Seating is limited, and those interested in attending should e-mail Garrett Murphy here to reserve places.

Author’s full disclosure: A devotee of choral music, as listener, accompanist, and singer since my boy soprano days in the 1970s, I have participated in countless choral performances and symposiums over many years, covering a huge range of both sacred and secular works. I find the Back Bay Chorale to be an important influence on the greater Boston choral scene. My own introduction to the organization was through friends, passionate members who provided me tickets to several concerts. In my first year of writing for the Intelligencer I reviewed two excellent BBC concerts (Handel’s Israel in Egypt and Bach’s Mass in B Minor), was sufficiently impressed to audition for and join the Chorale in the next season, and plan to remain with it for the foreseeable future.