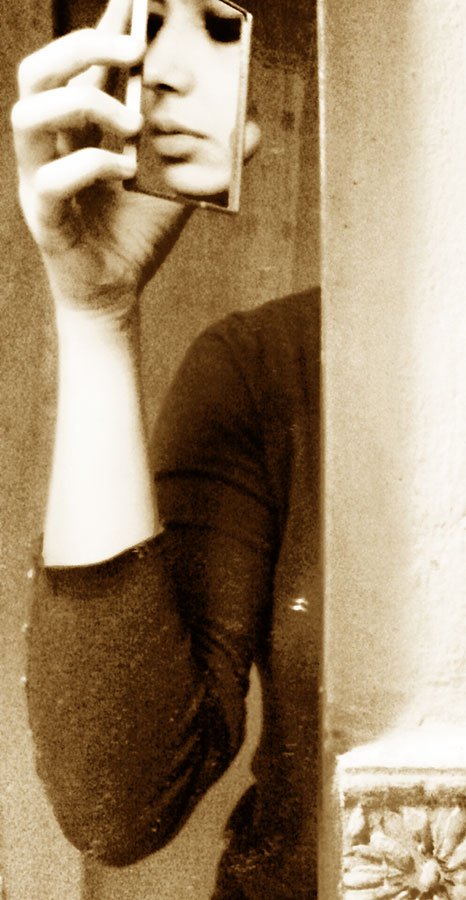 Of all the challenges thrust upon a young vocalist, tackling the song cycle form may be the most difficult. Though simple in its presentation and instrumentation—singer plus pianist give reading of thematically linked songs—it can be argued that one song cycle performed all the way through is a far more arduous test of a singing actor’s mettle than any opera role could be. Armed with nothing but a score and the (hopefully) able assistance of a collaborative pianist, the singer must create an entire world from next to nothing, and immerse his or her audience into the fully realized arc of a character’s physical and/or spiritual journey within the span of about half an hour to forty-five minutes.

This weekend at Longy School of Music, the Boston Opera Collaborative takes on two such challenges at once (and also in succession) with their presentation of “Mirror,” a conjoining of Schumann’s Frauenliebe und -leben with Dominick Argento’s From The Diaries of Virginia Woolf. Expanding the traditional concert-hall presentation, “Mirror” takes the audience on a literal journey, as we follow two quite different women—Schumann’s bright-eyed, nameless heroine and Argento’s brooding author— through various rooms in Longy as their individual and communal stories unfold. It’s both a guided tour of public and private spaces within the building and a physical manifestation of the works’ representations of a psychological odyssey. With each successive scene, consisting of paired movements of Schumann and Argento, the audience moves from room to room throughout Longy’s more stately spaces (the mesmerizing carved wood spiral staircases, for example) to nameless practice rooms and storage spaces in the deepest recesses of the building.

The show begins in begins in an ante-room opposite Pickman Hall, and, appropriate to the genre’s structure, ends in Pickman Hall itself; the audience, having cycled its way through the building, finds itself placed opposite the very door through which they entered some 80 minutes earlier. In a final twist, however, the placement of viewers and performers in the hall is reversed—the audience enters the hall through the stage door and assumes their seats onstage, while the two singers perform in the emptied-out orchestra seating level and in the balcony. The refreshments, though a lovely add-on the evening, might have been better saved for the end rather than being made available throughout the performance to keep our focus on the company’s very fine artistry.

Elements of the proceedings seem appropriate to a murder mystery—to be sure, the production team must on some level be indebted to Punchdrunk’s Sleep No More and other such total immersion theatrical experiments. In fairness, however, I have yet to come across a similar site-specific staging of a song cycle (let alone two) and thanks to the thoughtful curation of BOC’s multitalented roster of artists, I walked away from the performance wondering why no one had ever thought to present these two pieces in such a manner before. Company members were quick to point out that Argento composed his piece to directly parallel Schumann—each consists of eight movements, and are thematically linked, though often with opposing views. BOC’s production makes the most of these juxtapositions; movement VII of Schumann, for example, “An meinem Herzen, an meiner Brust” is performed in the same space and directly before “Parents”, movement VII in Argento.

It’s a fascinating experiment that succeeds in its aims both to play each work off the other and also to plunge viewers into the drama existing within the hearts and minds of these two contrasting protagonists. There is an element of excitement to the physical act of following the performers down various hallways and back rooms to catch each new chapter in their story (to say nothing of the vaguely illicit joys of sneaking around spaces not usually seen by the public) that somehow never feels gimmicky. To be sure, the concept leaves itself open to small glitches here and there that disrupt the action—a certain amount of audience confusion on opening night led to slight delays in getting from one location to the next, for example—but in all, the logistics work, and BOC representatives are close at hand to keep the action flowing.

Because the creators haven’t set an ambitious enough agenda for themselves, each evening of performances features a revolving cast who start their journeys at intervals timed half an hour apart. Music Directors assigned to each cast stay with their performers and help guide the audience from scene to scene. Brendan Shapiro guided the 7:30 Friday night performance, playing with great taste and sensitivity throughout. BOC co-directors Greg Smucker and Patricia-Maria Weinmann have chosen not to merge their approaches and team-direct each cast, but instead have divided the casts between themselves; therefore, depending on when you arrive, you may see Smucker’s version of the show, or Weinmann’s.

I caught Weinmann’s staging, and I must say it’s some of the best work I’ve seen her do. Her cast never sets a foot wrong, and the arc of the relationship between the two characters develops naturally, with an understated human sympathy that is both intriguing and touching. From the first, Woolf is aware of the presence of her counterpart, Schumann’s sweet and uncomplicated “Frau.” Woolf regards the ingénue at first with a kind of indulgence, even kindhearted amusement, yet as the evening progresses the sentiment morphs alternately into tenderness, frustration, and even despair. How can it be, Woolf seems tacitly to demand, that a woman can truly be so blithe, so untroubled, so easily fulfilled? For her part, Schumann’s young woman begins the action with no thought or notice of anyone or anything in the world save her beloved, and at first seems content to remain lost in a beautiful daydream. As the scenes progress, she becomes more and more aware of the presence of another—this relentlessly modern woman for whom nothing is simple and nothing can be taken for granted. Finally, as Woolf sings “War”, her companion reaches out her hand and they touch—reality has set in for Schumann’s blissful young woman, lending a poignant gravitas to her final scene by her husband’s coffin.

For the many well-deserved kudos Weinmann earns for her staging, she is certainly blessed to have at least two highly gifted singing actresses at her disposal. As Woolf, mezzo-soprano Britt Brown cuts a commanding yet pitiable figure, her dark beauty and elegant bearing recalling Downton Abbey’s Michelle Dockery, with something of the tomboyish bravado of Meryl Streep as the author/adventurer Karen Blixen in Out of Africa. Both seem appropriate for Woolf, an infinitely complex woman ahead of her time. Brown’s performance is nuanced, heartfelt and specific, at times startlingly intense. I wouldn’t doubt her success on the (unfortunately named) “legitimate” stage, should she choose to pursue roles there. This is not to suggest that Brown’s excellence is limited to her acting—her voice is a burnished-gold instrument of power and beauty, over which she maintains impressive control. This is the third time I’ve seen her perform, and I must say she seems only to improve with each successive role.

Soprano Carley DeFranco is no less impressive as Schumann’s heroine, bringing authenticity and depth to a role that might run easily into caricature. Indeed, though Brown has the more difficult music, I would argue that DeFranco has a greater dramatic challenge at hand, working with an overly embroidered text by Adalbert von Chamisso; the dainty lyrics which may have suited 19th century tastes can read as saccharine to a 21st century listener. DeFranco avoids coming across as a proto-Disney princess by embracing and committing fully to her character and to her text. Aided by a warm, supple soprano with a tone that can only be described as “sunny”, DeFranco fully embodies the innocence of a young woman in the throes of an idealized first love; there is a springtime freshness to her reading that makes Woolf’s world-weariness all the more difficult to bear. Yet the rosy enchantment DeFranco portrays at the beginning of the evening belies the fully mature woman we encounter in the show’s final scene—the young widow’s lament for her beloved spouse was subtle yet heart-rending, almost filmic in its realism.

Having spent a great deal of last season covering BOC, I can safely say that this my favorite production of theirs to date. I am only sorry that the show runs for a single weekend—Mirror is a touching, thought-provoking evening of music theater that will have you discussing not just the lives and loves of women then and now, but also the brave, bright future of young opera companies such as this one.