Lovers of classical music can be forgiven for dreading the Christmastide. Most presenters, especially the big ones, peddle predictable holidays classics—sometimes beautiful, sometimes bland—often overplayed. Musicians of the Old Post Road (MOPR) leads a small number of ensembles bucking this trend. They simply insist on maintaining the same philosophy that informs their other concerts, by offering energetic, committed, historically informed performances of beautiful and impeccably crafted, yet often overlooked repertoire, curated into compelling thematic programs. This year’s “Christmas in the New World” again made their case. Old Post Road founders Daniel Ryan and Suzanne Stumpf described how this show continues their season’s investigation of cross-cultural influence through “Musical Migrations,” which explore “the lively, colorful, and expressive music composed for the Christmas season in some of the major cultural centers of New Spain: Mexico, Peru, and Guatemala” and celebrate the diversity within even this small, essentially foreign, tradition. Their loyal supporters braved the snow and freezing rain to fill most of Lindsey Chapel at Emmanuel Church on Saturday for another fascinating expedition into the undiscovered corners of the Baroque and before.

Interspersed with instrumental versos, liturgical chants opened both halves. Instrumental ensemble versos, unlike their common brethren for solo organ, are extremely rare, and both sets that MOPR played (possibly world premieres) were mined from a microfilm collection with assistance from Boston University music department faculty. The first set, by the composer Ignacio Jerusalem, a maestro de capilla at the Mexico City Cathedral in the mid-18th century, was, true to its composer’s background, more stately and serious than the livelier set by José Manual Aldana, a late-18th-century composer and violinist heavily involved in the secular music scene in Mexico City. The Jerusalem glowed with an especially beautiful slow movement for two transverse flutes (Stumpf and guest Rachel Kurihara), and continuo (Ryan, cello and Cruz, guitar). Punchy rhythms and energetic, virtuosic violin playing marked the Aldana set, and both featured beautiful singing with impeccable articulation by the two guest vocalists on the program, soprano Jessica Petrus and mezzo-soprano Catherine Hedburg.

Two manuscripts by the Spanish guitarist Santiago de Murcia made their way to the Americas in the 18th century, and guest baroque guitarist Eloy Cruz chose several of these as short interludes to adorn the afternoon’s heftier vocal works. In Folias Galeggas, Stumpf joined Cruz for a delicate duet, and in Gaitas, Cruz’s guitar rang so clearly and fully it momentarily seemed to blur the line between his instrument and the modern harp. Lastly, the guitarist performed a beautiful rendition of Paysannos, a Spanish version of Greensleeves, both based on a romanesca bass. After this short song was finished, the ensemble invited audience members to join them in singing the Christmas Carol “What Child is This,” based in turn on Greensleeves.

Solo singers dominated thereafter, all vocal works falling into two large categories: villancicos and cantatas. The villancico began as a folk-inflected art-song tradition of the Iberian peninsula before developing into a more complex and expansive genre. MOPR offered examples from both early and late phases, with the early villancico style further subdivided into two works–one from the old world and one from the new. Of the former, they performed Al dormir el sol, a lullaby for Christ by the Seville composer Sebastián Durón, and from the latter–Tarará, qui yo soy Antón, a rustic, dance-like piece by Antonio de Salazar. Both soloists sang with poise and style, especially when they came together to harmonize in thirds as they did in the final early villancico, A cantar un Villancico, a hilarious romp by the Milanese composer Roque Ceruti living and working in Peru. The later villancico style came after intermission in a delightful work by Rafael Antonio Castellanos, whose Vaya de Jácara, amigos drew on the lively jácara dance song tradition. 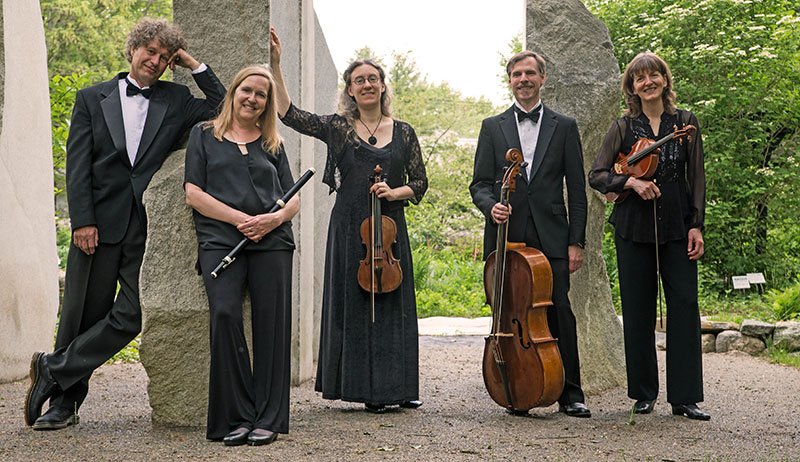 Though singing wonderfully in the villancicos, Petrus and Hedberg positively bloomed in the Italian-style cantatas that completed the concert. Jessica Petrus’s light, lilting soprano, perfect baroque style, and impeccable intonation made a strong impression with Juan Francés de Iribarren’s Por Aquel horizonte, and Catherine Hedberg offered contrast in Jerusalem’s Cherubes e pastores with a darker, dusky mezzo-soprano, by turns mellow and deep. Both improvised filigree as they repeated the first section of these da capo arias. Petrus returned in the second half for cantata by Manuel de Zumaya entitled Como aunque culpa that gracefully spun through a ciacona bassline. The full ensemble gathered for one last aria, Pastorcitos venid al jardin de Belén by Fabián García Pacheco.

Ryan and Stumpf drew their guest players into Musicians of the Old Post Road’s familial atmosphere as almost everyone took an individualistic turn introducing one of these rare gems. Just as with their previous “Green” season, MOPR’s concept of “Musical Migrations” transcended even its role as a vehicle for insightful musical storytelling about transnational influences. They matched their season’s pattern with thematically related charitable solicitation and social action. MOPR partnered with the Refugee Immigration Assistance Center (RIAC),  whose representative spoke about its work supporting individuals displaced by natural disaster and war. Even in the lazy holiday season, Musicians of the Old Post Road match visceral musical excitement with intellectual rigor while at the same time advocating for a very worthy cause. I can’t imagine a better celebration of the true nature of the holidays.

Matthew Heck is a musicology doctoral student at Brandeis.