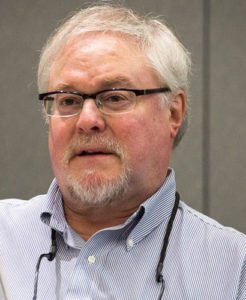 David Deveau devotes his upcoming Kresge recital to the final two Schubert piano sonatas: the A Major (D.959) and in B-flat Major (D.960). Presented by Music and Theater Arts at MIT, the concert on Sunday at 4:00 is free and open to the public. Recently busy as a soloist abroad in such places as Shanghai, Beijing, Qingdao, Taiwan, and Japan, only from time to time has he emerged from his teaching responsibilities, impresario chores, committed practicing, foreign touring, and chamber music partnering to offer memorable solo outings in Boston.

Deveau’s probing artistry has given us deep pleasures, furthermore, he is a great Schubertian, whose take on the Sonata in B-flat Major on an 1870 Chickering concert grand persists in my pantheon of great performances 30 years later.

FLE: You’ve never been a showoff pianist. Do I have the sense that over the years you have been narrowing your vision?

DD:. Like many musicians, as I “mature” I take a greater interest in music that is “better than it can be played’, as Artur Schnabel once said. (Also as Schnabel said, I’m now at a point in life where both halves of my programs can be boring.) When we are young, much of our effort is directed at perfecting our craft, our technique, and our capacity to wow the audience. At this stage, I am endlessly fascinated by the design, phrasing and long arc of the music I study. Schubert, the progenitor of music of so-called heavenly length, offers endless opportunities to the interpreter to shape the narrative, not only within movements, but over the span of pieces that are over 45 minutes in duration.

Have you been giving these works a rest until now?

Although both are of course performed frequently, I myself haven’t performed either in decades. I first played the B-flat major after a European hiking accident that suspended my career for close to a year; I have performed the A major even less often, the last time being in New York in 1996. Returning to these towering works is like seeing beloved friends for the first time in many years.

Tell us what to listen for in the sonatas.

Both are in an enormous four movement scheme, with sonata form opening movements (complete with exposition repeats that most pianists forgo, which I believe is a mistake since each exposition has a first ending of great power); each second movement is in a minor key; each third movement is a brief and lighter affair in minuet form and an elfin dance; and each finale is a sprawling rondo capped off by a presto coda. However, the A major places more overtly dramatic (and physical) demands on the player, especially in the second movement where the pathos of the opening Andantino material gives way to one of the most violent storms in all Schubert. (The comparable middle section in the B-flat’s second movement is, by contrast, one of hope and sunlight.) The first movement of the B-flat is punctuated by a series of very ominous, low trills that interrupt the gentle main theme. Some writers have claimed these trills to be musical ‘death rattles’ as the 31-year old Schubert was racing against the clock to finish before dying of either typhus or syphilis. I hope that for the audience, the experience of hearing these masterpieces back to back will provide an emotional journey akin to a Bruckner or Mahler symphony. Note: An interesting conversation about what Schubert was thinking in his last months is here.

Next summer will be your last as Artistic Director of the Rockport Chamber Music Festival. How do you feel about that?

I feel excited for the organization to have new artistic energy and vision, and believe that the board’s selection of Canadian violinist Barry Schiffman as my successor is a very promising move. Barry has experience in putting together dynamic programming at both the Vancouver Recital Series and at Banff, and is currently a dean at the Glenn Gould School in Toronto, so he knows his way around budgets and balancing artistic excellence with the realities of living within one’s means. He realizes he is inheriting something very, very special.

I am delighting in the notion I’ll have more time to make music, learn new works, and record. I recorded more Schubert—with violinist Andres Cardenes—the three sonatinas and great C Major Fantasy. This will be on the Artek label, and out early in 2017. We recorded it in the Shalin Liu Performance Center, and I think it will be a good addition to the catalog.

Comments Off on Valedictory Schubert From Indispensable Pianist