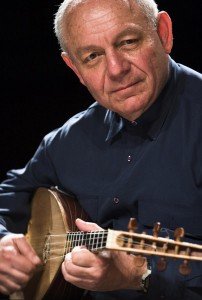 When an ad-hoc consortium of Boston-area musicians teamed up for a November 12th concert to benefit victims of Syria’s brutal civil war [see BMInt’s feature here], they were hoping to do at least as well as the similar event held last year. Rather, the emotion-laden reprise raised four times as much.

On Thanksgiving Day, Joel Cohen of Camerata Mediterranea, the concert’s organizing institution, announced that the Brookline performance, given before a capacity audience at the United Parish Church, had netted $12,562 for Doctors Without Borders relief effort in Syria. “That’s an astonishingly good result,” commented Cohen. “We were happy to be all together and to make some good music for a warmly receptive audience, on the heels of a stressful election season. But it’s also heartening to be able to send such a good-sized contribution overseas.”

The “Song for Syria” concert heavily slanted toward early-music/vocal music genres, with contributions from well-known groups: Blue Heron, the Boston Camerata, Lorelei Ensemble, and also a specially formed wind band calling itself Consort for Hope. The latter part of the program had a decidedly Middle Eastern tinge, as the DooZhen choir and its leader-soloist Nizar Fares performed two songs in Arabic evoking the recent civil war in Lebanon. An especially convivial moment was the collective performance of a lively Sephardic-Jewish wedding song, including dancing and ululations, by an impromptu coalition of American, French, Colombian, and Lebanese women. “Those are the kinds of moments I dream about,” remarked Cohen.

Nizar Fares, who left for Iraq on a humanitarian mission the day after the concert, and who returned to the Boston area only days ago, was equally enthusiastic. “On Thanksgiving day, I grab the opportunity to thank God with you and for you. Until we meet again, let us cherish freedom, spread love and do Music!” he wrote in a congratulatory email to the cast.

Comments Off on Benefit Transcends Expectations