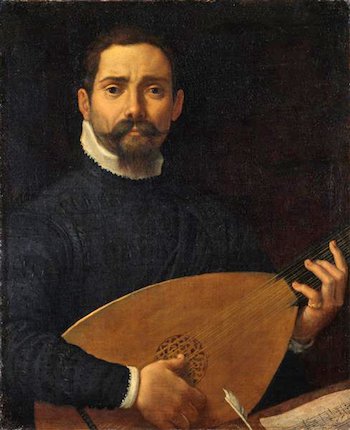 Leading the pack, so to speak, the Spectrum Singers, conducted by John Ehrlich, presented a Christmas concert on Saturday at First Congregational Church, Cambridge. I worried slightly that a pre-Thanksgiving yuletide program might simply be too early to attract a good-sized audience, but I needn’t have: a large crowd turned out. Featuring an accomplished brass and percussion ensemble and the fine organ-playing of James Barkovic, the program was largely constructed around works of the late 16th-century composer Giovanni Gabrieli and later composers he influenced, as well as several 20th-century works.

Canzon Septimi Toni No. 2, perhaps Gabrieli’s best-known work, for two groups of antiphonal brass was for a time the opening theme of Robert J. Lurtsema’s radio program, Morning Pro Musica, following a minute or two of birdsong. Ehrlich opened with ebullience, though the church’s very reverberant acoustic rendered rapid repeated notes virtually indistinguishable. Nonetheless, one could savor the disciplined dynamics, both terraced and otherwise, as well as immaculate intonation and flawless ensemble through multiple meter changes.

Michael Praetorius’s name is forever linked with In dulci jubilo, and the Spectrum Singers joined the brass players in his 1607 setting of the chorale. The unusual aspect of this text is its unpredictable shifting between Latin and German while maintaining a rhyme scheme; regrettably, this was hard to follow given the less than adequate enunciation of the singers, exacerbated by the very live room. Faces in the chorus also communicated less “sweet rejoicing” than one might desire. (The sober New Englander stereotype lives on!) Still, it was a gracious dialogue of choir and brass, and a few smiles did appear by the end.

The Welsh composer William Mathias (1934-1992) wrote his Bell Carol to mark both the 70th birthday of the late Sir David Willcocks and his 30th anniversary directing the Bach Choir of London. The colorful accompaniment consists of brass, percussion (particularly triangle and tubular bells as its title implies), and large organ. Its five stanzas are variations on a theme, with the individual sections of the chorus each delivering a solo melody at some point. Ehrlich and his singers clearly delineated rhythms, enhancing the shifts between duple and triple meters, and enjoyed Mathias’s fresh harmonies. Again, though, there was the curious dichotomy of many “poker faces” (even with, for instance, 21 alleluias in the course of the work) conjoined with an exuberant choral sound.

The first of two choral works without a Christmas theme, To Cecilia by Norman Dello Joio (1913-2008) was adapted from the beautiful John Dryden poem “A Song for St. Cecilia’s Day.” (celebrated on November 22nd).  Although choral diction remained problematical, even in English, the Spectrum Singers showed awareness of the inspired verse they were singing, vividly evoking (with the brass’s assistance) celebration, mystery, anguish, awe, etc. Most striking were the opening and closing stanzas—poetry and music alike—the first speaking of music’s involvement at the beginning of creation and the last of its presence “when the last and dreadful hour this crumbling pageant shall devour.” Dello Joio seemed little inclined to dwell on the apocalyptic, however, and the musicians gave us a bright, hopeful ending.

Heinrich Schütz composed his psalm setting Alleluia. Lobet den Herren (Praise ye the Lord, Psalm 150) in 1619, seven years after the death of his revered teacher, Gabrieli, whose influence is obvious: two divided choruses and two brass ensembles with organ continuo and the antiphonal effects characteristic of the master of San Marco, Venice. This piece, too, has no specific Christmas associations, but Psalm 150 is especially popular with composers for its musical subject and impressively long list of instruments with which to praise the Lord. In particular, the brass ensembles distinguished themselves with brilliant play. As before, chorus members seemed well acquainted with their text, but in the near-total absence of audible consonants, I was compelled to keep my eyes more on the printed program than on the singers. Yet the culminating stanza, “Let all that hath breath praise the Lord …”, was wonderful: Schütz takes us through a hair-raising sequence of modulations as well as a shift back to joyful triple meter, and Ehrlich led all the performers in a resounding hymn of praise.

Another well-known brass piece by Gabrieli, Sonata Pian’ e Forte, added some variety. As in the opening work, dynamics were the special focus of this piece, both terraced (i.e., sudden increases or decreases in volume) and “hairpins” (crescendos/diminuendos). But whereas in the Canzon Gabrieli had established a fairly regular pattern of dynamic changes, in the Sonata he compelled attention by making them quite unpredictable. Again, Ehrlich elicited an exemplary performance, by turns hushed and resounding, mellow and brilliant.

A very much later composer influenced by Gabrieli was Daniel Pinkham (1923-2006) who, like Dello Joio, was Boston-based; Dello Joio taught at Boston University, Pinkham at New England Conservatory. Pinkham’s Christmas Cantata (1957) is likely his most popular composition; he was heard to say, genially, “That’s the piece that pays the rent.” The Spectrum Singers used the cantata’s 2001 edition for chorus, double brass choir, and organ. Alongside the Gabrieli influence—e.g., shifting meters and antiphonal writing—the composer clearly enjoyed bluesy harmonies, yielding a delicious mélange of ingredients. A highlight was the second movement’s (O Magnum Mysterium) mysterious and beautiful passages and its pure-jazz ending with muted brass. The third movement, a rondo (repetitions of a main theme separated by interludes) with a very extended crescendo, began with some wonderfully energized but delicate singing. Soon, though, the slightly too fast tempo for the reverberant sanctuary led to some wobbles in the ensemble, and the rapid-fire zigzag of harmonies at “Scitote quoniam Dominus …” (Be ye sure that the Lord He is God) became a wash. The majestic coda, however, came to a stirring conclusion.

At the end of this high-minded selection of mostly Christmas music, the Spectrum Singers and John Ehrlich made their one concession to “popularity.” The audience stood and joined them with brass and percussion in Handel’s Hallelujah Chorus from Messiah (the music having been handed out earlier). Again, the tempo was a tad faster than ideal, but this time the point was not to satisfy the rarefied tastes of choral connoisseurs but to deliver an adrenaline rush of Christmas spirit. In this they entirely succeeded.