Devoting entire evenings to sonatas of one composer can be dangerous—especially 3 evenings in a row to present the complete cycle of Beethoven’s Violin Sonatas. Shifting the event’s focus towards some academic value can easily backfire by over-saturating and desensitizing a mixed audience. On Sunday, violinist Isabelle Faust and pianist Alexander Melnikov avoided this pitfall, and had no trouble captivating listeners at the Isabella Stewart Gardner museum’s intimate venue.

Of German origin, Faust shot to European stardom in her teenage years when she won the Niccolo Paganini International Competition in 1993, a feat requiring the utmost showmanship and technical facility. However, that is hardly how one can describe her playing the other day. Having spent decades studying everything from performance practice in Bach to extended technique in the music of modern luminaries such as Lachenmann and Ligeti, she can mix in elements from various aesthetical perspectives to suite her goals. Russian pianist Alexander Melnikov makes a fitting partner for Faust, as he has likewise immersed himself in various traditions and is pursuing a hybrid voice, even at one point creating a program of Bach and Shostakovich together in dialogue. In 2010 the duo recorded the complete Beethoven sonatas, winning both a Gramophone Award and Germany’s ECHO Klassik Prize, making it ever more appropriate to perform the cycle abroad.

As Faust was tuning, Melnikov assisted with an A major chord, which is a bit curious considering the Sonata No.4, Op.23 is in A minor. Generally strings will tune to A minor in order to compensate for some peculiarities in how intonation functions. Tuning to A major can create the impression of an overall brighter sound. This was a favorite practice of Jascha Heifetz and various other string players. As usual, the lid of the piano was nowhere to be seen, which results in the omnidirectional sound appropriate for the venue.

The 4th sonata made a perfect beginning, as it immediately throws the listener into a drama. Marked presto, it is agitated, excited and even a bit schizophrenic. Faust and Melnikov took an unpredictable approach. Her sound was compact, and his was dry in the best sense, with no detectable use of the pedal. They were exposed, and it was unexpectedly breathtaking and intimate. I immediately imagined listening at home. Both musicians frequently practice Historically Informed Performance, and I was left wondering whether they would have preferred to play this concert with gut strings and a fortepiano. They were certainly channeling that sound world consistently. For a stark contrast, one can refer to the recording of the sonatas by Gidon Kremer and Martha Argerich. Equally convincing, their opening of the sonata is certainly agitated, dynamic and relentless [here]. Having heard such opposing interpretations, I must admit that both excited me. It follows that excitement can take many different forms, even within one particular opening section. It can be fiery and mad, or it can simmer with hushed tension. This testifies to the quality of Beethoven’s chamber writing, and of course the ingenuity of the musicians. To complicate any clear categorizations further, even Faust’s fiery passages, of which there are plenty, had a reserved quality. Rapid notes were often executed near the frog of the bow, in an efficient and nearly disinterested fashion. The Duo’s approach to phrasing was notably apostrophized. Phrase endings often had a shortened grace period, at times even abrupt in their ending, but never brutish. After several minutes of this, the listener can enter this sound world and go beyond the novelty of it. The simplicity and punctuation of their phrases invite the listener to a conversation, and not just a performance. The Andante scherzando was delightfully playful. Faust and Melnikov have an organic partnership, and their improvisatory music making undulates seamlessly. Nothing ever stays the same for long. At times their approach can leave the listener wanting more. For example, in the Adagio section of the final movement, there is a beautifully written transition to F major implying a newly found purity and angelic quality. However, the duo’s preference for a generally delicate approach left less room for contrast here. One could point to other such examples, but these are ultimately conscious decisions made by these artists to perfect the sound world they are trying to create for us.

Faust and Melnikov gave a buoyant new life to the infamous Spring Sonata, No.5 Op.24. Faust’s bow technique was particularly impressive. Displaying a very advanced understanding of legato and right arm angles, she truly caressed the strings. Her left hand was far more spartan, with less attention on expressivity in shifts, and a tight vibrato used as a color rather than a pronounced feature of style. Her strong preference on expressivity coming from the right more than from the left hand creates the necessary space for her novel approach to style and aesthetic in an all but overplayed work. Melnikov’s displayed moments of dry humor, as he exaggerated several of Beethoven’s markings as if he was really trying to prove a point. The duo are well versed with the historical context of Beethoven’s writing. Particularly, the way they executed sforzandos and various dynamic changes is in line with the performance treatises of the time, and in strict adherence to Beethoven’s meticulous indications. Yet they can’t be accused of dogmatism, because they freely changed their responses to repeated material. The Scherzo movement served as a perfect vehicle for the duo to invent these changes very quickly, never missing each other. The Rondo further developed their delicate approach. The lyrical themes were not executed in a grand and broad manner, as Henryk Szeryng [here] or Arthur Grumiaux [here] have played this work. They weren’t expressionist and raw a la Ivry Gitlis [here] . Faust and Melnikov told a different story, intent on achieving a thinner and more focused texture. It is important and astonishing to remember how many different ways one can “sing” on the violin. 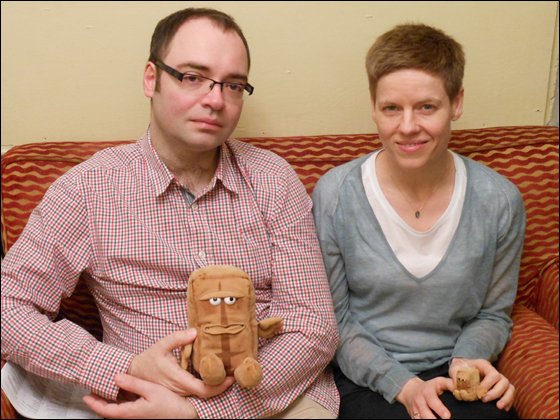 In Beethoven’s final sonata for piano and violin, No.10 Op.96,  Melnikov and Faust took a warmer approach. The very first gesture, passed from violin to piano, constituttes maybe one of the most generous and amiable moments in the repertoire, and the duo does not miss it. Throughout the work, their dialogue was at once impulsive yet clearly directed. This dual nature was on full display during the theme and variations of the final movement, where the  Melnikov and Faust constantly invented patient long lines and capriciously punctuated characters alike. Melnikov’s initiative was different here than in the previous sonatas. There was more sustain and a flowing quality to his lines, even when opportunities to be pleasantly angular or bubbly presented themselves (for example, the short lived contrapuntal Gb minor section). Overall, this final G major sonata is, among other things, an incredibly difficult 30-minute challenge to play a perfect scale. As a violinist, I appreciated Faust’s mastery of this, and was somewhat saddened to not see all of my colleagues in the audience to witness how it’s done.

These artists take nothing for granted. Their intense, unique interpretations demand we listen closer. If they went any further in their aesthetic direction, it would fail. This signifies a success. Their voices may lead the current conversation about where to go once all of the standard takes have been explored. Whatever one’s own tastes or preferences, all are encouraged to scope out these fascinating artists when next they cross over the Atlantic.

Daniel Kurganov is a violinist and educator based in Boston. In addition to regularly performing worldwide, he is devoted to furthering the understanding of style, technique, and exemplification in musical practice, as well as expanding the tools of a musician through technology and cross-cultural reciprocity.