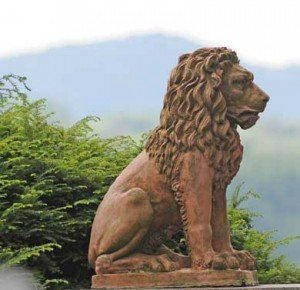 The programs scheduled for this coming summer at Tanglewood are variously exciting, quirky, and delightful, depending on your taste and when you’re going to be there. There’s a rich assortment of operatic, orchestral, chamber, solo, dramatic, choreographic, and even literary events well distributed over a two-month summer season from summer solstice almost to Labor Day, including some special honors. So much is going on that I can’t cover it all, but I will at least mention the orchestral highlights and some others.

“Opening Night at Tanglewood” takes place on July 7th with Andris Nelsons conducting the BSO in Mahler’s Second Symphony. Two days later, Nelsons will direct more Mahler, the Fourth, with his wife, Kristine Opolais, singing the child’s vision of Heaven that forms the fourth movement. As if this weren’t enough of the grandiose, on July 15th, Nelsons will direct Wagner’s Das Rheingold, complete. I’d like to be there just to see how they will manage the anvils of Nibelheim.

Warm-up events begin on June 18th with the Pops Esplanade Orchestra, Keith Lockhart, director, in “Jaws in Concert,” honoring John Williams, conductor laureate. More of Williams’s film music will be featured in Tanglewood on Parade on August 1st, on August 19th with “John Williams’ Film Night” in which both the composer and Andris Nelsons will conduct, and on August 25th with “E.T. with Orchestra.” Any of us would happily enjoy these cinematic favorites, but I’d be especially curious about the world premiere on July 16th, the BSO with Nelsons conducting, of Williams’s Markings for solo violin, strings, and harp, with Anne-Sophie Mutter. I don’t know if this new work has any connection with Dag Hammarskjöld’s similarly named book of reflections, but I have always been interested in Williams’s well-wrought and attractive concert music.

The Pops will also give us the Broadway show Sondheim on Sondheim on July 8th with lush new arrangements for full orchestra. Lou Harrison, Zen composer and calligrapher who died in 2003, will get a centenary tribute on June 28th and 29th with chamber music and the Mark Morris Dance Group. There’s also a Leonard Bernstein Memorial Concert on August 20 with the Tanglewood Music Center Orchestra, Nelsons conducting, and Paul Lewis playing Beethoven’s C Minor Concerto. The rest of the program is Strauss’s Alpine Symphony; I can’t imagine, though, that Lenny would have loved that idea. Oh, and a special piano solo event on July 27th, called “Birds in Music,” with Pierre-Laurent Aimard, with selections by Daquin, Schumann, Ravel, Bartók, and you know who — I don’t mean Respighi, either — “to be interspersed with electronic works by French composer Bernard Fort incorporating the same bird calls.” This is part of a series of programs called “Tanglewood Takes Flight: A Celebration of Birds and Music with Mass Audubon,” which will include performances and bird walks at both Tanglewood and the Audubon facilities. More Messiaen, naturally.

Among the great Romantics we will find Berlioz (Symphonie fantastique, Benvenuto Cellini Overture, Te Deum), Tchaikovsky (several, but the real treasure is the Symphony no. 2 — the “Little Russian” — on July 23rd), Mendelssohn (Hebrides Overture, and on August 5th, the complete music to A Midsummer Night’s Dream, with voices), and Dvorák (several, including the “New World”). Modern warhorses include The Rite of Spring on August 11th, sharing the program with the Brahms Double Concerto and the Dvorák Carnival Overture. A great modern inevitability is Rachmaninoff’s Symphony No. 3 (August 4th). Another major surprise on July 30th: Walton’s Belshazzar’s Feast. No Second Viennese School at all — no surprise there.

Franz Schubert’s “Great” C Major is the only orchestral work of his to be planned for Tanglewood (August 13th), but there will be a series of six programs in Ozawa Hall called “Schubert’s Summer Journey,” on July 6 and 20, and August 3, 8, 17, and 23, featuring songs, chamber pieces, piano soli and four-hands, and new works composed to honor Schubert. Performers include renowned soloists, BSO players, and Tanglewood fellows on hand.

Pianists of the summer include already-mentioned Paul Lewis, who plays Beethoven and Schubert marvelously; Garrick Ohlsson, who is one of the best Chopin players alive today (both Chopin concerti, and — surprise — the Copland concerto, on August 1); Emanuel Ax, with orchestra and in chamber groups; Daniil Trifonov, whose program on July 12 includes Schumann’s Kreisleriana and Stravinsky’s Three Movements from Petrushka; Jean-Yves Thibaudet, who will be heard in Bernstein’s Age of Anxiety, one of his best works; Yefim Bronfman (Brahms Concerto no. 2); and Nikolai Lugansky (Prokofiev Concerto no. 3). Strings include several violinists: Daniel Lozakovich, Jennifer Koh, Joshua Bell, Anne-Sophie Mutter, Pinchas Zukerman (Beethoven Concerto), Nikolai Znaider (Brahms Concerto), and Gil Shaham (Brahms Double); cellists, Yo-Yo Ma (Schumann Concerto) and Alisa Weilerstein (Brahms Double). There will be a special appearance of the Emerson Quartet in a dramatic presentation, adapted from Chekhov. on July 19: “The Black Monk: Shostakovich, Stalin, and the Dream of a Second Chance — a Russian Fantasy,” with two actors; the very idea of this mélange makes me wince, but Jay Sanders is one whom I remember well from Law and Order, so it ought to be all right, especially when “supported by other actors and multimedia projections.” The Emerson will also play in Schubert’s “Trout” Quintet on July 20th.

The spectrum of conductors is wide. Nelsons will be there for two weeks at the start of the season and two weeks at the end (in consequence of his having dropped Bayreuth); in between there will be a week of Charles Dutoit and Bramwell Tovey (July 28-August 1) and another of Christoph von Dohnányi (August 6-12) various others visiting in and between: Stefan Asbury, Gustavo Gimeno, Thomas Adès, Ken-David Masur, Moritz Gnann, Hans Graf, Giancarlo Guerrero, Lahav Shani, and David Afkham.

Mozart is well represented on five days, with two violin concerti, the beloved 21st piano concerto, the Figaro Overture, and Symphonies 25th and 40th. Beethoven weighs in with the “Emperor” (Emanuel Ax) and Third Concerto (Paul Lewis), Symphonies 7 and 9, Prometheus Overture and Violin Concerto. The Ninth Symphony forms the final program of the season, but shares it with Ives’s The Housatonic at Stockbridge, which is geographically close by — a clever and appropriate pairing.

In the entire Tanglewood season I notice only a single work by J. S. Bach, at a chamber concert on August 16th: Cantata no. 199, Mein Herz schwimmt in Blut, which despite the gruesome title is the last-numbered of the sacred cantatas (I heard it in 1960 in Quincy House). The Baroque era, however, is strikingly represented with a special event on July 5th, “Vivaldi’s Four Seasons: Rediscovered.” I’ve always felt that the Quattro Stagioni is one of the silliest pieces of music ever, and hardly representative of Vivaldi at his best; but what can I say? It’s one of the most popular pieces of all time, what I Musici called “the madness of Vivaldi.” It shares a program with one of Vivaldi’s dozens of double concerti, and another concerto by dall’Abaco, performed by Apollo’s Fire. Another Baroque specialty will be Purcell’s complete Fairy Queen on August 9th with the Handel and Haydn Society, and his Fantasia on One Note will be heard on a chamber orchestra concert with The Knights on July 13th, along with new pieces by John Adams and Vijay Iyer.

The Festival of Contemporary Music will run August 10th through the 14th; it will include older moderns like Gubaidulina, Ligeti, Ben Johnston, Dutilleux, Birtwistle, and Terry Riley, but mostly the up-and-coming composers. But some younger masters will also be appearing throughout the summer, notably Thomas Adès, who will conduct the Tanglewood Orchestra (July 24) as well as the Boston Symphony in some of his own music and Britten’s Sinfonia da Requiem (July 22), and Andris Nelsons will conduct Adès’s Three Studies from Couperin (on the same program with Ravel’s Tombeau de Couperin, nice pairing, July 14).

One doesn’t look to Tanglewood performances as opportunities to launch controversial or radical items. It’s OK to give Tanglewood a pass, most of the time at least, on abundance of warhorses. (At least there’s no Finlandia or Moldau or Tchaikovsky 5th this summer, among my favorite bête noires.) But Tanglewood also ought to be a place to try out less familiar but worthy items. I recommended a few years back that the BSO tackle Berwald’s Sinfonie singulière, a strange but great Romantic masterpiece, still controversial a century after its premiere and 170 years after it was composed; the Tanglewood Music Center Orchestra did play it, just once, on August 6, 1964, led by Max Rudolf. I recommended Dvorák’s poignant Noon Witch, and the BSO did it last summer, doubtless at Nelsons’s demand. (A NY Times reviewer called it trivial and not worth doing. Where was he?) We need more opportunities like this, for audiences and performers alike.

The complete listing is here.

Comments Off on Tanglewood 2017 Already?