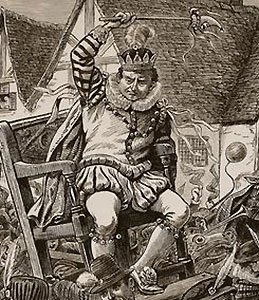 The Boston Camerata’s “City of Fools: Medieval Songs of Rule and Misrule” brings an ironic early music twist of recherché political theater to First Church in Boston on October 22nd. Besides directing, Anne Azéma will sing about Dame Fortune, cheating prelates, and repentant kings. Director Emeritus Joel Cohen, who helped shape this Boston/election year version of the program, will return as narrator, lutenist, and resident curmudgeon.  Instrumentalists Shira Kammen and Christa Patton have devised incredible, intricate accompaniments and solos for vielle, harp, bagpipe, and other winds. Jordan Weatherston Pitts, the young tenor who made such a big impression on audiences two seasons ago as the prophet “The Play of Daniel” (to be reprised this coming January) will decisively speak truth to power. And a consort of young professionals from the Longy School, will, for the third time now, infuse a Camerata production with their “irresistible, no-stopping-us energy.”

BMInt had a brief conversation with Anne Azéma about how the times they aren’t a changing.

BMInt: How are you, a European-born artist, holding up during this American election season?

AA: About as well, or as badly, as most of us, I imagine. But remember, I do vote here. I’m a stakeholder in the outcome.

I hope “City of Fools” does not refer to the Athens of America.

Well, that’s the beauty of art and music. They leave a little space to the imagination. We don’t name a specific place, or specific people, and our audience members can fill in the blanks themselves.

Say what you want about plus ça change, plus c’est la même chose, can you really sell medieval music as commentary on how das Volk feels now? Do chants, monks, gallant knights, and fair damsels with long golden tresses tell us much about The Hair?

When Medieval people got ticked off, they reacted! You’d be amazed by how much political satire has survived, how much rebellious polemic. The objects of mockery were kings and barons and corrupt churchmen. In one extremely powerful song, by the troubadour Peire Cardenal, the criticism reaches up to God Himself, for allowing such a corrupt universe to exist. We’re not talking cutesy creative anachronism here. This material is here and now, amazingly contemporary. Some of it is funny, Jon Stewart style. Some of it is anguished and questioning. So much of it feels like it could have been written the morning after a presidential debate. Ahem, no specifics, let me repeat…

Well, who wrote these kinds of pieces? And who heard them?

Some songs come from the minstrel class. A troubadour might come from the lower ranks, working his way up, via his songwriting skills, to proximity with the one percent. Or, like Cardenal, he might be an angry priest, shaking his fist at a corrupt society—or directly at corrupt Rome. Or he might be a nobleman turned songwriter, like (perhaps) the troubadour Guilhem de Bereguda, who knew the tricks of the ruling class from the inside. Bereguda’s song, by the way, is largely about sex and it’s right up there with leaked videotape material.

A lot of the most powerful pieces come from the pens of midlevel bureaucrats, the tonsured clerks who did the scutwork for bishops and cardinals, and saw exactly what was going on. You might say that those guys were medieval whistleblowers. The original Carmina Burana manuscript transmits many of their pre-Ginsburg howls.

Some of this material, or other works similar but now lost, surely made its way into the street and the marketplace. But much of it appears to have been aimed at an insider circle – people who could themselves confirm from their own experience the reality of the harsh criticism. Here at Camerata we’re a little more democratic (small d, please!). We’d like anybody who feels concerned, from any social crowd, to turn up and enjoy an hour or so of salutary catharsis.

How seriously does “City of Fools” take itself?

We aim to provide a certain amount of laughter, and a healthy antidote of hope. We all need those things to get ourselves through the current mælstrom. 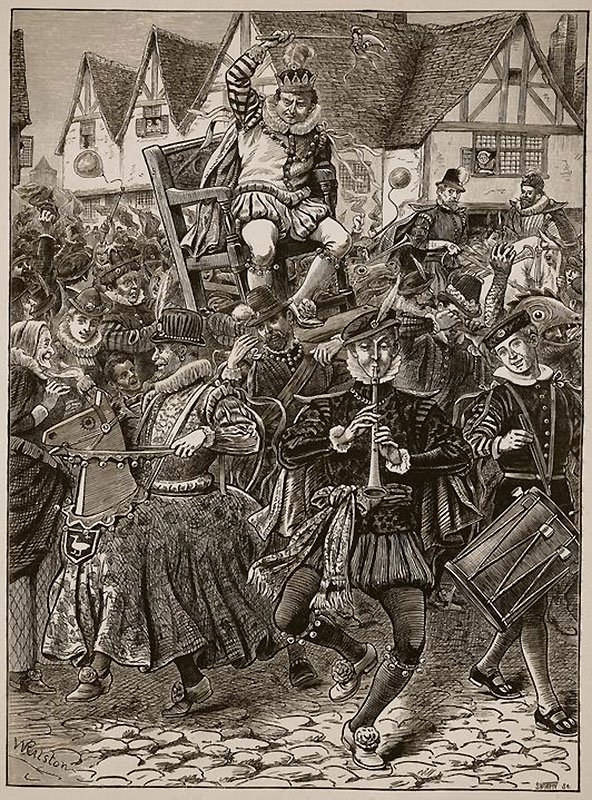 A World Gone Mad
In which we discover that “sanity” and “madness” are, perhaps relative terms… A powerful, existential satire by one of the greatest troubadours, Peire Cardenal (1180-1278), a Provençal cleric and moralist who transformed tender love songs into razor-sharp polemics against human folly.

It’s Good to be the King!
Long live the King! May he be young, courteous, and valiant! But kings may, or may not, be up to their tasks. Some lie, some cheat. Some drink to excess, or obsess on sexual pleasure. Some are power-mad and abuse their people. And the best king of all, laments the troubadour Bertran de Born (1140-1215), has left us; we shall not see his like again.

Spotlight
Abusers may also abound in the world of religion and the church. Money collected from the poor and dying, influence-peddling and bribery even at the court of the Pope — the fox has entered into the henhouse! Where is truth? Songs by Marcabru (1110-?), Guilhem de Figueras (ca. 1230), and Anonymous (including excerpts from the Carmina Burana, 12th c.).

An Offer You Can’t Refuse – Is the Cosmos Just?
“Fortune, empress of the world, your wheel turns, inexorably, casting some up and throwing others down.

Creator of the Universe, I did not ask to be put here! How can you hold me responsible for a universe I did not create? Put down the demons, and show mercy!”

An Election-Year Surprise at the end of the concert

The Boston Camerata ranks among the world’s oldest and most eminent early music ensembles. Founded in 1954, Camerata has been under the direction of French-born singer and scholar Anne Azéma since 2008.

Camerata’s musical performances are well known for their blending of spontaneity and emotional commitment with careful research and scholarship. With its distinguished roster of singers and specialists in early instruments, Camerata produces an annual concert series for audiences in the Greater Boston area. The Boston Camerata tours regularly in the US and around the world, last appearing in Paris at the Theatre de la Ville, in Treviso, Italy, as well as in Sao Paolo, Brazil, at the Alcântara Festival, and Strasbourg, France, at the Voix et Routes Romanes Festival.

Camerata’s many recordings (Grand Prix du Disque, 1989) as well as its numerous media appearances (2 prizes at FIFA Montréal, 2014, 1 prize at the 2014 Massachusetts Film Festival) and its educational projects including residencies at the Longy School of Music and MIT have brought its work to audiences in every continent.