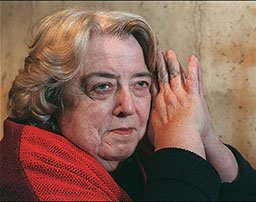 With opera returning last week to the Boston Opera House thanks to Boston Lyric Opera’s production of Carmen, an older opera buff’s fancy turns to thoughts of the Caldwell era in that house, and perhaps as well to rumination over the state of grandly staged opera—or the lack thereof—in our fair city.

Most will agree, I suspect, that the tenure of Sarah Caldwell’s Opera Company of Boston (OCB) on Washington Street (and earlier at the Orpheum and elsewhere) constituted the golden age of opera in Boston during the last half century. The Opera House (originally the B. F. Keith Memorial Theater, which opened in 1928 and was the scene of movies and vaudeville until acquired by the OCB in 1979) never proved a perfect opera venue: the orchestra pit too small for most Wagner or Strauss, uneven acoustics, and inadequate space backstage and in the wings, to name just a few limitations [some mitigated by recent renovations]. But despite those obstacles, or perhaps because she felt challenged by them, Caldwell often created magic on that very stage.

Both as part of the audience and as an OCB Board member I came to conclude that Sarah was at her best when engaged by a work that, in one way or another, was new to a Boston—or indeed, American—stage. Who can forget the special excitement which attended the OCB productions of Sessions’ Montezuma, Prokofiev’s War and Peace, Rimsky-Korsakov’s The Invisible City of Kitezh, Berlioz’s Les Troyens, Tippett’s The Ice Break, Glinka’’s Russlan and Ludmilla, Boris Godunov in Mussorgsky’s original orchestration, Verdi’s Stiffelio, de Falla’s La Vide Breve? This long list is by no means exhaustive of the wonderful and often little-known repertoire that she enabled us to experience.

An adequate conductor, Sarah was also very much a woman of the theater—complementary talents not often conjoined. She occasionally delighted in spectacular coups de théâtre such as the dramatic unveiling of the finished statue at the end of Berlioz’s Benvenuto Cellini; the flickering lights which illuminated and lent a particular ghastliness to the violence in Zimmerman’s Die Soldaten; and the title character’s being spun round and round on a blade as he tilted with a windmill in Massenet’s Don Quichotte. One remembers, too, her enlisting Sid Caesar and Imogene Coca to spice up Orpheus in the Underworld, and Victor Borge running amok in Die Fledermaus.

It was my sense that more traditional opera fare—necessary for box office purposes—engaged and inspired Caldwell’s imagination somewhat less than works which were new or novel. But she always approached traditional works professionally, and in the course of doing so brought to Boston many major voices such as James McCracken, Eva Marton, Shirley Verrett, Regine Crespin, Jon Vickers, Rosalind Elias, Mignon Dunn, Simon Estes, Tatiana Troyanos, Magda Olivero, and Evelyn Lear, as well as great artists with local connections including Beverly Sills, Donald Gramm, d’Anna Fortunato and Eunice Alberts.

I recall suggesting to her, naively in retrospect, that OCB consider mounting either of my two favorite rarely performed operas (at the time, never performed in the United States): Richard Strauss’s early Feuersnot and Hans Pfitzner’s monumental Palestrina. She was particularly enthusiastic about the latter, but both operas would have required large and mostly imported casts which the OCB simply could not afford absent a huge financial contribution from an opera angel similarly enthralled by one or the other of these two wonderful works. And ultimately, as we know, it was economics that brought the OCB down. The condition of the house on Washington Street progressively deteriorated until it was ill-suited for the performance of anything, and both it and the OCB closed in 1990-91.

These days we are not bereft of opera in Boston. In addition to Boston Lyric’s we can look to occasional fully staged productions by the Boston Early Music Festival and by local music conservatories. We are enormously indebted to Gil Rose’s Odyssey Opera; their recent performance of Dvorak’s Dimitrij was a triumph which acquainted us with a work well worth presenting on major stages; to Martin Pearlman’s Boston Baroque for the operas of Mozart and earlier composers; and to the Boston Symphony Orchestra for its recent, magnificent essays of Strauss’s Elektra and Der Rosenkavalier. Of course, the performances noted in the last sentence were undertaken in concert and not fully staged, and hence were not in the tradition of “grand” opera. More troubling, Dimitrij received only a single performance in a Jordan Hall dotted with empty seats; I could not help but speculate whether that would have happened in Carnegie Hall had Eve Queler and her Opera Orchestra of New York performed the same work.

Why has fully staged opera, grandly performed, not been part of the Boston music experience since the OCB’s departure? We all can speculate about the reasons: Boston’s proximity to New York City and the Met; too much competition from the MFA and BSO in a finite universe of patrons; an aging opera audience not adequately replenished; the lack of an optimal, purpose-built performance venue; and (persuasive to me) the absence of enough large scale corporations in the Boston area to make a difference. Regarding the last cited reason, I have been impressed by the very substantial number of corporations listed as major donors on the walls of the wonderful opera houses in Seattle and Toronto, both of which have thriving, significant opera seasons. Our corporate demography in Boston is such that this would be difficult to replicate.

Alas, I for one am not confident that opera in the grand tradition will return to us soon. In the meantime, we must be content with and thankful for opera modestly staged and cast, and for often memorable, exceedingly well-cast performances of opera in concert. And we should not be too hard on ourselves for looking back with a mixture of gratitude and wistfulness to the era of Sarah Caldwell and her Opera Company of Boston, lamenting that its promise was, in a way significant for the long term future of opera in our city, ultimately unfulfilled.

Ron Sampson is a retired Boston lawyer and long-time opera lover who is a past Board President of the Longy School of Music and The Harvard Musical Association.