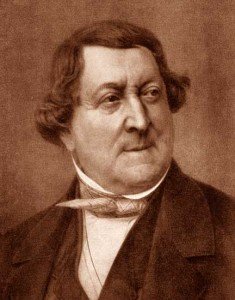 In a surprise substitution, award-winning tenor Pavol Breslick will replace Matthew Polenzani, in what is sure to be an explosive local debut (featuring a rare high D-flat in one of Rossini’s most beautiful tenor arias). After winning First Prize at the 2000 Antonín Dvořák International Singing Competition in the Czech Republic and studying with Mirella Freni, Breslick was named “Most Promising Singer of the Year” in the critics’ survey of Opernwelt magazine, while appearing regularly with the Berlin State Opera Unter den Linden. He is recognized as one of the great new European Nemorinos and Lenskis (the latter notably for the Vienna State Opera and Covent Garden’s recent productions of Eugene Onegin), and has been a member of the Zurich Opera House since 2012, singing Števa, Don Ottavio, Faust, Roberto Devereux, Nadir, and Peter Quint. He describes his 2014 debut at the Schubertiade in Schwarzenberg as a “highlight of his career,” and has recently released a recording of Schubert’s Die Schöne Müllerin [here] .

Soprano Simona Houda-Šaturová, mezzo Marianna Pizzolato, and bass Riccardo Zanellato will also be making their BSO and Tanglewood debuts. Šaturová is a Slovak classical soprano who won the 2001 Thalia Award and the 2007 Hamel Award for vocal achievement. After being chosen to solo in Mahler’s Symphony No. 2 by Christoph Eschenbach for the reopening of the Salle Pleyel in Paris, she recorded that work with Eschenbach in Philadelphia and has enjoyed a wide-ranging operatic career in Europe with many fabulous recent recordings. Pizzolato is a specialist in Italian sacred music such as the Rossini, having recently recorded the work for Naxos and performing Pergolesi’s Stabat mater with Anna Netrebko for Naxos. She was acclaimed for her work in the role of Orphée in the 2015 Palermo production of Gluck’s Orphée et Eurydice. Bass Riccardo Zanellato won the Spoleto competition in 1996 and is the favorite basso of Riccardo Muti, who has featured him in Iphigénie en Aulide, Moïse et Pharaon, Nabucco, Macbeth, Verdi’s Requiem and Simon Boccanegra.

This Saturday night the Shed will be filled to capacity for the first two acts of Verdi’s Aida, headlined by BSO Director Andris Nelsons and soprano Kristine Opolais in the title role. Two principal singers in the upcoming spring 2017 Metropolitan opera performances of Aida are featured in this concert: Violeta Urmana as Amneris and Morris Robinson as The King of Egypt. Lithuanian mezzo and Deutsche Grammophon recording artist Violeta Urmanis makes her Tanglewood and BSO debuts as the Egyptian princess Amneris, and her husband, tenor Alfredo Nigro, makes his BSO debut as the Messenger. Italian tenor Andrea Caré, one of Pavarotti’s last students and a protegé of legendary soprano Raina Kabaivanska, makes his debuts in the leading dramatic role of Radamès. He has appeared in leading tenor roles at the Bolshoi and the Royal Swedish Opera in Stockholm. Italian baritone Franco Vassallo, a favorite Verdi specialist at the Arena di Verona and Bavarian State Opera, makes his debuts as Amonasro, and Korean baritone Kwangchul Youn makes his Tanglewood debut as Ramfis. After a career starring in Korean opera houses, Youn is now based in Berlin as a member of the Berlin State Opera.

Light-lyric soprano Bethany Worrell will also make her solo Tanglewood debut as the High Priestess in scene two of act one, placed with the sopranos of the Tanglewood Festival Chorus Worrell has appeared as soloist with the Boston Modern Orchestra Project, Atlantic Symphony, and most recently as soprano soloist in Bach’s Ich hatte viel Bekümmernis with the Metropolitan Chorale. This fall she will appear in recital with baritone Vincent Turregano and pianist Diane Braun on Martha’s Vineyard as part of the West Tisbury Library’s concert series. In March of 2017, she and pianist Travis Horton will present a vocal recital that pairs music with the Fauvism movement as part of the Freeport Memorial Library’s Concert Series on Long Island [here] .