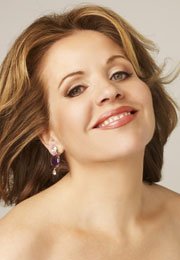 The Emerson stands out in the history of string quartets with an unsurpassed list of achievements over three decades: more than 30 recordings, nine Grammys including two for Best Classical Album, three Gramophone Awards, and collaborations with many of the great artists of the time. The arrival of new cellist Paul Watkins, in 2013, has had a profound effect on the Emerson Quartet. A distinguished soloist and conductor as well, Watkins joined the ensemble in its 37th season and infused the Quartet with a warmer, richer tone and joy in the collaboration.

FLE: The Emerson’s two Tanglewood nights could not be more different. Why you are programming the six quartets of Haydn’s Op 76 on the first night? Are you recording them? We can’t ever get enough Haydn, but what does the marketing department say?

E D: We have no immediate plans to record those Haydn quartets (one we already have recorded). But we like to align the thematic programming for our series or even single appearances in major cities and venues. We’ve programmed a lot of late Haydn and early Beethoven this past season and also for the summer. At the Ravinia Festival a week before we come to Tanglewood, we’ll play the Opus 76; at Chamber Music Northwest in Portland, we’ll play it interspersed with Beethoven’s Opus 18, in three concerts, just as we did at Lincoln Center except within three days. Called “Passing the Torch,” the title of the series refers to Beethoven’s legacy from the older composer.

The concert on the 13th clearly results from the recording project you did with Fleming which pairs the rarely performed and recorded soprano version of the Berg Lyric Suite with the rather obscure Sonnets by Elizabeth Barrett Browning for soprano and string quartet by Berg’s contemporary Egon Wellesz. The PR for the disc mentions the ravishing qualities Fleming brought to these pieces. We know the Lyric Suite in its quartet-only version to be a rewarding challenge, but is it sexier and more accessible and personal when we hear Baudelaire’s words sung by a great communicator?

There are differing opinions about the validity of offering the vocal version of the final movement of the Lyric Suite, since we know that Berg never intended it to be performed this way. But he had a lot to lose if his secret love affair with Hanna Fuchs would come to light. So maybe the security of his marriage was a higher priority to him than his ideal artistic vision. We feel that both ways are valid; for decades it was performed without voice and we still sometimes play it that way. We offered both accounts of the last movement in our CD. But we do feel that to have a great artist like Renée Fleming join us in the last movement adds a lot; first of all, there is the intensity of despair expressed by the text, the German translation of which blends so perfectly with Berg’s aesthetic. Then there is a climactic moment, a high G for the voice, which is simply left blank (an eighth rest) in the quartet-only version. Yes, I think that audiences might find it more accessible when they can follow the text, or read it just before the performance, especially when that text is delivered with such vocal beauty by a great communicator, as you say.

Do we really have to wait for the last movement to hear the diva sing?

Fleming sits to one side, out of the spotlight, during the first five movements.

When is Berg’s 12-tone music more abstract and when is it more emotional, either impressionistic or expressionistic?

Personally, I never find Berg’s music abstract. Some of the Lyric Suite is 12-tone, or serial, and some isn’t. I usually don’t remember which movements or sections are strictly serial and which aren’t, because for me it doesn’t matter: they are woven so convincingly into an expressive whole. The music is very emotional—stylistically much closer to German Expressionism (or the Austrian secessionist movement) than to French Impressionism.

Wellesz was luckier in love than Berg and did not have a misfortune with a cheapskate wife who acted as his surgeon to save money. Lucky to be away from Austria during the Nazi annexation, he did not suffer the consequences of Jewish ancestry or being a so-called degenerate composer. He lived long enough to write over 100 works in a variety of forms and styles.

Tell how the Browning Suite fits in. It’s hard to imagine that he knew this poet before he reached England.

The Browning settings were published in Vienna in 1935. Rilke’s translations of her sonnets (far more than the five that Wellesz set to music) must have made her work accessible to a German-speaking public.

Did this project originate with Fleming or the quartet?

Fleming invited us to appear with her at the final concert of her “Perspectives” series at Carnegie Hall. in May 2013. We performed a wide variety of repertoire centered on the theme of Vienna at the turn of—and from the first few decades of—the 20th century. The fifth Wellesz sonnet setting was featured on the program, in which we also performed vocal works by Karl Weigl and Eric Zeisl, as well as Schoenberg’s string sextet Verklaerte Nacht.

We like much of the repertoire that adds singers to a string quartet. Will there be more from the Emerson? How about the Schoenberg No. 2? Is that too high for Fleming?

Fleming has not chosen to sing the Schoenberg Second Quartet, but we performed it last September at the Berlin Festival with Barbara Hannigan, with whom we’ll perform it again in Germany this coming November.

How does the Second Viennese School sell in Spillville Iowa, for instance?

We’ve never played in Spillville, but I imagine that they prefer Dvořák there. If you mean how does the Second Viennese School’s brand of musical modernism go over in general, far from the major urban centers: it’s true that the name Schoenberg can have an inhibiting effect on concert ticket and CD sales. We think that a lot, if perhaps not all, of the music from the Second Viennese School is truly great, and has a strong emotional content. It’s true that the harmonic / melodic language can sometimes be bracing and takes some getting used to, but we hope that audiences will be open to (still) new possibilities. The Museum of Modern Art in New York has huge numbers of visitors; we’re aware of the difference between the experiences of going to a museum and listening to a concert, but the aesthetic aims and content of, say, Kandinsky or Klee and the whole German Expressionist movement are not that different from those of Schoenberg and the composers whom he inspired. People should open their ears as well as their eyes.

Some quartets become associated with particular repertoire, to the frustration of longstanding members. I remember that the St. Petersburg Quartet, for instance, applies a surcharge if the presenter demands the Borodin No. 2. After 40 years before the public, what pieces do the foursome never want to play again?

Nothing comes to mind immediately; I’m sure I could come up with some pieces if I thought about it, but I have no desire to: we have enough to keep us busy and, I hope, the public stimulated.

Fleming will appear with the BSO in Richard Strauss’s Four Last Songs, in the Koussevitzky Shed on July 16th.

Comments Off on Fab Foursome +1 To Highlight Second Tanglewood Week