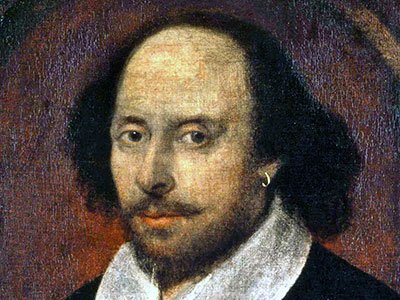 In The Tenor’s Suite, a one-act opera by Joseph Summer, Enzo Cesare is a renowned operatic tenor at the height of his powers but edging toward decline. He has put up at a fancy hotel but is about to go on the road again as the cold-hearted Calaf in Puccini’s Turandot. He struggles to sing a phrase from the opera but soon breaks off, coughing. Suddenly a 16-year-old fan appears, ready to throw herself at him. What a nuisance! He fends her off. His next visitor is an elderly composer, score in hand. For 40 years he has worked on his opera “Theseus” without finding anyone willing to put it on. He begs Enzo to try out the role. The two engage in a long conversation on the nature of art. Enzo relieves the old man of his illusions, and gently eases him out the door. Finally, his demanding lover appears.

Composed in 1979 and premiered in 1981, Summer’s opera played in concert form at New England Conservatory’s Jordan Hall on Saturday. The libretto is based freely on the outline of the 1899 play Der Kammersänger (The Court Singer) by Frank Wedekind, the German actor, cabaretist, and proto-expressionist playwright best known as the author of the “Lulu” plays. (In Saturday’s program notes, Wedekind’s play was listed erroneously as “Die Kammersänger.” Perhaps the plural crept in because Summer replaced the Kammersänger’s female lover with another tenor who, like her, is ready to forsake marriage and children to follow him.) Wedekind’s play is about the clash between brutal intelligence and blind passion, between art as profession and as life. Summer’s opera, in his own words, is “about opera and . . . about my small circle of friends at that time.” Writing in a clearly tonal language and unabashedly lyrical style, Summer slyly works in musical references to Strauss and Mahler, Baroque dance forms, and even Renaissance parody Mass. Tenor Sumner Thompson was a powerful Enzo with a commanding vocal presence. Kathryn Guthrie, soprano, was suitably kittenish and vocally agile as the star- struck fan. Mr. Manteau, the aging composer, was sung by David Salsbery Fry, his resonant bass a match for Thompson’s tenor in their long confrontation. Finally, even the ardent pleading of Alan, sung with lilting assurance by tenor Neal Ferreira, failed to move the hardhearted protagonist. James Dargan played the (spoken) role of the hotel manager, and Christ Uminsky was the (silent) valet. The technically demanding piano reduction of the score by the composer was ably performed by SangYoung Kim (for the overture) and Victor Cayres (accompanying the singers). Tim Ribchester was the music director. With minimal staging and no props, following the action of this very “talky” drama required close attention to the text. Fortunately, the program included the complete libretto and the Jordan Hall staff left us enough light to read it by.

Joseph Summer is the founder and executive director of The Shakespeare Concerts, the presenter of Saturday night’s program. During the first half of the evening, we heard four of Summer’s Shakespeare settings. First was a scene from Hamlet, Act II, in which Ophelia relates Hamlet’s strange behavior bordering on madness, interspersed with trite moralizing by her father Polonius. Here, and again in an excerpt from Act IV where she describes her father’s funeral to her brother Laertes, Kathryn Guthrie showed an astonishing range of tone color, rising to eerie heights to describe Hamlet’s strangeness while hinting at her own madness, and descending to almost pitchless despair at the contemplation of her father’s death. David Salsbery Fry sang Polonius in suitably stentorian tones, while tenor Neal Ferreira was an equally uncomprehending Laertes. Ferreira gave a sensitive portrayal of Hamlet’s anger and confusion in Summer’s setting of the soliloquy “O! that this too too solid flesh would melt” (Act I, scene 2), ending in despair on limpid high notes. SangYoung Kim was the skillful accompanist in all three Hamlet excerpts. Finally. David Salsbery Fry was accompanied by pianist Victor Cayres in Summer’s setting of Sonnet LX, “Like as the waves make towards the pebbled shore.” Here an ostinato bass in the piano mimicked the monotonous roll of never-ending waves, while the right-hand melody set up a bi-tonal conflict, and metrical interruptions in the vocal part contradicted the rhythmic monotony of the piano background.

Comments Off on The Shakespearean Summer Arrived