Each of the works represents an integral part of the Russian-French musical ingenuity of the early decades of the 20th century, connected by Diaghilev’s Ballets Russes and Vaclav Nijinsky. This stylistic and cultural common tone united this troika of works, similar in conception yet distinct in execution.

The OSM triumphed in music that resonated in its artistic soul, and electrified the audience. Debussy’s Faune, though well executed amid an embarrassment of riches, ended up the gem which shone just slightly less luster. The solo flute line was lithely played by Timothy Hutchins, and principal bassoon Stéphane Lévesque also piped buoyant and assertive ensemble touches. The string cadre sounded even more lush and sumptuous than one would have thought possible, and though occasional rhythmic issues and timid inner woodwind voices kept the piece from completely enrobing the ear, it came across nonetheless as beautiful, if less than erotic.

The star of the evening, pianist Daniil Trifonov, has been taking the world by storm since winning the Tchaikovsky and Rubinstein competitions before hitting age 20. His phenomenal virtuosity and uncanny musical sensitivities were on full display in Prokofiev’s formidable Third Piano Concerto. He blazed through the countless notes as if an agent of the composer’s creative mind, adding power and nuance with each passing bar. Excelling in both the soloistic and chamber music passages, Trifonov relished each sinuous line and grotesque harmony, appearing in the most difficult spots to have the most fun. One gets as much out of watching him perform as he would discern listening without sight—vibrations emanated from his shiny auburn hair like a musical eruption, his body contorted into the shapes of fantastical creatures children might draw in response to hearing this or that musical phrase. These were not mere histrionics, but rather a legitimate and undeniable embodiment of the music’s essence, a Gouldian unity between man and music seldom seen to this degree.

And the audience agreed, showing its gratitude (or perhaps relieving pent up energy) after each movement, saving the most lavish ovation for the concerto’s victorious finale, which the artist graciously answered (after 3 stage calls) with a sensitive and enthralling encore, Rachmaninov’s arrangement of Bach’s E Major Gavotte. 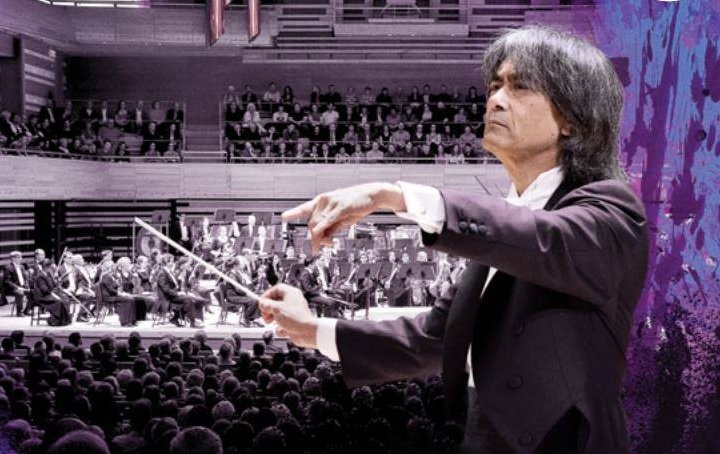 After intermission, the OSM reassembled in full force for one of its signature works, Stravinsky’s monumental Rite of Spring. The performance was revelatory. Nagano knew when to craft a texture and when to give the performers freer rein, and the whole work came off as a celebratory albeit muscular love letter. The woodwinds found their bite in the opening tableau, creating an incisive and ordered chaos with both the wildness and the precision of Stravinsky’s orchestration. Carefully controlling the balance throughout, Nagano brought clarity to the often dense score without sacrificing intensity (no pun intended). The quartet of violas sang out passionately in “Spring Rounds,” and when longer-than-usual time taken to set up the “Dance of the Earth,” the end of Part I, it worked exquisitely. The dynamic was kept low until the very last bars, which helped set up the end as a comma rather than a period (or exclamation point). Moments in Part II showed the le Sacre as an embodiment of the conductor and the orchestra. Nagano let muted trumpets play un-conducted in the Introduction and the meter changes in the “Glorification of the Chosen One” flowed naturally and relentlessly. Bringing out the most active or the most colorful parts of the texture in the concluding “Sacrificial Dance,” produced seldom-heard moments like the low horn triplets in the middle section, or the violas emerging over the horns near the end. Everything was played to the maximum, and the energy onstage was palpable. Nearly every note was gritty and earthy, ensembles were muscular and rhythms carved out of stone. As the final chord crashed, the audience was on its feet.