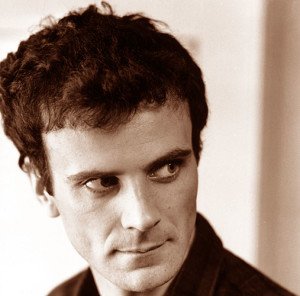 With deep sadness I learned that Master of the Queen’s Music Sir Peter Maxwell Davies, one of the most protean and progressive composers of our time, died yesterday at 81.  In his long and productive life of writing, performing, and teaching, Davies, like Britten, paid particular attention to the musical development and enrichment of young people. The last time I saw him was six years ago when he came to NEC for a festival in February 2010 and conducted An Orkney Wedding, With Sunrise in Jordan Hall, and I recalled with delight that he had conducted it with the Boston Symphony a few years before.

The public at large called him Sir Peter, but his friends, and there were many, always called him Max. I first knew him during 1962-’64 at Princeton, when I was a graduate student and he was a visiting Harkness Fellow. My classmates always wondered why he wanted to join us—unless, as a third-year student wryly said, he came to learn how to stop composing. Nevertheless, Max came to Sessions’s and Babbitt’s seminars and endured our polemics and pilpuls; he complimented me on my presentation on mechanical musical instruments, but expressed exasperation the next week, saying he couldn’t understand how a group of a dozen students could spend three hours trying to make a Schenker graph of the first eight bars of the slow movement of Beethoven’s Opus 109. Max asked me then what I would recommend for bell sounds that would be practical in the theater; he was then well-advanced in writing his opera Taverner, about the great Tudor composer’s trial for heresy.

In 1986 Sarah Caldwell produced this very impressive work in Boston, only the second production it had anywhere. (For the deeper bells I had recommended to Max that he experiment with spiral coils of steel wire, like those found in 19th-century American striking clocks, but in the end he chose higher-register instruments.) With occasional trips back to Europe for performances, Max stuck around until spring 1964, inspiring us all with his example and his productivity, and commenting on our compositional efforts, but especially brightening the dusty classrooms of Clio Hall with his irrepressible charm and gentle humor. I remember that after I helped him decide on the kind of hifi equipment to buy, we opened a bottle of Metaxa to celebrate.

When I first visited England, in 1971, I and a couple of friends visited Max at his apartment on Fitzroy Square, and we enjoyed an Indian dinner at a local restaurant (I think it was the grotesquely named Kwality, but the food was very good), and the next night we went to a concert by The Fires of London, a small professional ensemble he was directing, and heard the delightful newly orchestrated score for The Boy Friend. (My classmate Stephen Pruslin had moved to London to be the pianist of this expert chamber group.) A day or so later I heard Max’s Second Taverner Fantasia (1964, not part of the opera) at Queen Elizabeth Hall directed by Charles Groves, and I still consider that one of the most startling and poignant orchestral works of the last half-century. I remember being able to buy a published score at a small kiosk right in the lobby; one wishes Symphony Hall had a similar amenity.

I regretted that Max’s Eight Songs for a Mad King became an iconic work in America (as Vesalii Icones didn’t), seeming to define his popularity here, because it made for too facile a springboard for irresponsible stage direction. But I dig the music, and I like the scary film score for Ken Russell’s The Devils, too [trailer here]F. I haven’t heard anything like enough of his more recent music, written after he retreated to the island of Hoy to compose in seclusion. I will miss Max very much; so will many others among his friends here. He enjoyed coming to Boston, and for those visits we are all richer.