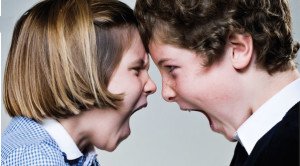 This weekend, Central Square Theater in Cambridge will house a festival of domestic dysfunction as the ever-inventive Boston Opera Collaborative presents Family Feuds, a triple-bill of contemporary one-acts that examine what housewife humorist Erma Bombeck once described as the ties that bind—and gag.

The operatic triptych is as idiosyncratic as its composers. In To Hell And Back, Jake Heggie employs his tuneful idiom in updating the Greek myth of Persephone to a modern-day depiction of women coming to grips with domestic abuse. Originally commissioned by the Philharmonia Baroque Orchestra, it’s scored for two vocalists—one soprano and one “Broadway soprano” (Patti LuPone starred in the original production.) In Four Sisters, Russian-born British composer Elena Langer recalls both Chekov and Gianni Schicchi within a single farcical framework, as a group of siblings battles over their late father’s will. With Naomi In The Living Room, Boston-based composer Jonathan Bailey Holland sets a text by the outrageous, unflinchingly satirical playwright Christopher Durang that details a matriarch’s madness.

The show’s trio of stage directors—Patricia-Maria Weinmann, Greg Smucker and Nathan Troup—aim to immerse their audience in a series of powerful, often hilarious musical worlds whose utterances are punctuated by the ring of uncomfortable truth.

BOC mounts productions in various houses in the Boston area, preferring smaller venues that encourage closeness between audience and ensemble. Family Feuds is no exception, placing viewers at the ringside of characters’ showdowns in Central Square Theater’s intimate 140-seat auditorium. Viewers will be seated mere feet—perhaps only several inches—from the performance. That the audience is made complicit to the action by proximity speaks to the directors’ emphasis on communal experience and group responsibility. In a recent conversation, Weinmann noted that To Hell And Back in particular prompts tough questions about the role of bystanders in helping to end or perpetuate domestic abuse, and expressed a hope that the opera will engender discussion among its viewers.

For Weinmann, live theater’s immediacy is key to its ability to bring people together and to act as an agent of social change: “I think what we’re really lacking in society today is empathy. Live theater—the bridge that is created between the audience and the performers as piece is performed—is one of the most powerful ways to create it.” Throughout our discussion, she returns again and again to the subject of community building as part of BOC’s mission, declaring, “You can’t have community unless you have empathy.” In many ways, the same might be said of family.

It’s clear from her remarks that Boston Opera Collaborative is a kind of family in itself, and by all appearances a happy one. Now in its tenth season, it gives every indication of continuing to grow and mature over the next decade. Weinmann and Smucker became the Collaborative’s co-Artistic Directors in 2014 and have seen an already promising company flourish during their tenure. BOC serves as a nurturing learning environment for young singers, auditioning new Member Artists each year from a talent pool hailing from some of the nation’s foremost training programs. All who pass muster join the company not just as performers, but also as staff members, taking on roles in Development, Marketing, Box Office, Internal Operations and Production. Weinmann comments that everything the public experiences, from marketing materials to surtitles, is the work of a Member Artist; each production is, therefore, a true group effort.

This DIY approach to production, high standards and ambitious programming have attracted an accomplished Advisory Board, including Heggie, who became an enthusiastic advisor and donor after working with the company on their 2013 New England premiere production of his opera Dead Man Walking. Naturally, recognition by one of America’s most sought-after composers served to validate the company’s mission and proclaim it as a significant contributor to Boston’s vibrant performing arts scene. According to Troup, a frequent guest director since 2009, BOC’s profile continues to rise. “[It] has grown more and more into a destination for young, emerging artists who are transitioning from conservatory to professional careers in and beyond Boston. The artistic planning and programming also continues to develop its own voice; the company’s identity isn’t simply a ‘smaller version’ of other companies; it’s unique and distinct.”

BOC’s strengths—a combination of adaptability, resilience, diversity and camaraderie—come across in Weinmann’s assessment of their latest effort. Asked if there is a central message that connects Family Feuds’ disparate worlds, she remarks on the necessity of coming to terms with family and learning to cope with the good and the bad of the people we’re surrounded with. Citing Naomi In The Living Room in particular, she remarks, “It amplifies what we all live with on some level. Durang is about as dark and absurd as you can get, but underneath that dark comedy is a lot of truth.” She pauses for a beat, then giggles, “I just hope people know it’s okay to laugh!”

Comments Off on Ties That Bind: BOC Opens Family Feuds