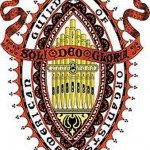 A relative stranger to Boston, Grand Court Organist Peter Conte is best-known for presiding over the largest fully operational organ in the world. Playing every business day on the 28,482 pipes distributed over six keyboards in Wanamaker’s department store in Philadelphia, he is both lion tamer and artistic transcriber. He will display his unique brand of interpretation and orchestration to listeners at Old South Church on March 11th at 7:30 pm in an unusual program with pianist Jeremy Filsell. “Triumphant Transcriptions: The Orchestra Reimagined” brings Rachmaninov’s First Piano Concerto as well as transcribed orchestral works of Wagner, Cochereau and more. This will not be just another piano or organ recital.

In recent years, Old South’s organ pipes have comprised Boston’s nearest equivalent to municipal organ. As we have reported before, the most appropriate local instrument for orchestral transcriptions, the Ernest M. Skinner opus 308 organ is the city’s loudest and most sumptuous, at once immersive and colorful. Designed in the once disgraced symphonic style in an era in which civic organs substituted for orchestras and HiFis, it was saved at the last minute when its original home, the Ordway Civic Theater in St. Paul Minnesota, was about to be demolished in 1985. It is the second large E.M. Skinner organ to be housed in New Old South Church. The original instrument, opus 231, fell victim to changing tastes and was replaced in the 1960s by a Reuter Baroque-style tracker. That organ fell out of favor after only 20 years, and in a charmingly and expensively symmetrical act was replaced by a Skinner similar to the one unceremoniously rejected.

Speaking from decorative chambers in the four corners of the sanctuary, opus 308 consists of 6950 pipes, 89 registers, and 115 ranks. Its stoplist is here.

The planned evening seeks to expand the public’s understanding of the organ’s capabilities, power, beauty and majesty. According to Peter Krasinski, dean of the Boston chapter of the American Guild of Organists, “The concept of transcribing orchestral works for the organ is hardly a new one: J.S. Bach himself did so, as did composers before and after him. Our program committee, with the support of the executive committee, has engaged two extraordinary musicians known for their superb skills at the art of the transcription of musical masterpieces: Peter Richard Conte (Grand Court Organist, Wanamaker’s), a long-celebrated performer, has a vast repertory of orchestral music at his fingertips; and Jeremy Filsell (artist in residence at the National Cathedral), a longtime champion of the improvisers’ art, has set in notation some of the world’s most riveting music created originally in real time. To hear them both live, in our fine city, is indeed a musical event not to be soon forgotten.”

The Boston Chapter of the American Guild of Organists Presents:

$25 general admission
$20 seniors and students
AGO members receive a $5 discount.

Comments Off on Transcriber’s Colorings at Old South