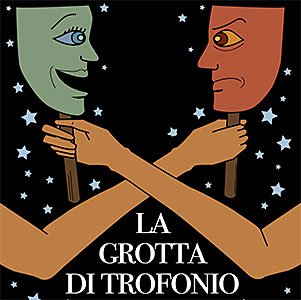 New England’s oldest opera company (perhaps a wonder, since the survival rate here is so poor) mounts the U.S. premiere of infamous Antonio Salieri’s La Grotta di Trofonio (Trofonio’s Cave) March 23rd to April 2nd. According to Lowell House Opera, “Magic, marriage, mayhem, and brilliant melodies are centerstage in this comic opera, which tells the tale of the crazy antics that ensue when a magician inadvertently swaps the boisterous and bookish personalities of two sets of lovers just before their wedding days.”

In his first season as Music Director, Edward Elwyn Jones leads a perhaps undeservedly neglected work which debuted at Vienna’s Burgtheater in October 1785, and remained in the repertory for the next 30 years. The work is alleged to have inspired Lorenzo da Ponte’s lyrics for Cosi fan tutte. The company’s staged production with “full” orchestra will be sung in Italian and enhanced with contemporary surtitles.

Since Lowell House Opera productions have met with fine reviews on this pages, we are pleased to feature this one. Ed Jones shared some words with us about the show.

Why did you choose this particular opera to mark your debut as music director with the company?

I first conducted LHO back in 2005 with a production of Don Giovanni, a work that I think was greatly influenced by the Salieri opera we are currently preparing. LHO has done some magnificent productions in recent years – last year’s Queen of Spades was outstanding – but I wanted to do something slightly smaller-scale in the intimate surroundings of our space. I’ve always been fascinated by Viennese opera buffa of the 1780s, which contextualizes those amazing Mozart/Da Ponte operas – all too often we think they emerge from a vacuum. The Italian troupe in Vienna (hand-picked by Salieri) premiered a wide variety of works, and it’s remarkable to see the way all of these composers wrote for the same singers – playing to their particular strengths. So the original Ferrando in Cosi (Vincenzo Calvesi) also created the role of Artemidoro in Grotta; the original Trofonio (the favorite Buffo bass Francesco Benucci) would go on to create the role of Figaro, etc. These works are a treasure-trove of how composers approached singers and theatricality, and Trofonio was a very popular opera in its day: the music sparkles, with two first-rate finales, some exquisite solo arias, and inventive orchestration.

Any YouTube examples to suggest for a highlight reel?

There is a lovely recording by Christophe Rousset who, along with the musicologist Dorothea Link, has done so much to revive Salieri’s music (as well as Martin y Soler, etc.): it’s definitely worth a listen.

Describe your work with Roxanna Myhrum in developing a concept for the staging that works in a non-theater.

At LHO, we basically build a very professional proscenium-style theater in a historic building in an area that is typically used as a dining hall. With the help of Mark Buchanan of New England Stage Works, we completely transform the space into a spectacular 200-seat performance venue. Aside from a few technical limitations and architectural intrusions (a large-scale crystal chandelier above the stage among them), our goal is to create a theatrical operatic performance that is as fully realized as one that you would see on stage in Boston’s medium-sized music halls and theaters. Roxie is a wonderful director – very finely attuned to the dramatic impulses inherent in the music – and we look forward to welcoming the audience into our own charming little grotta!

Will the surtitles be straight translations or contemporary vernacular paraphrases?

The opera’s libretto is quite humorous with a lot of verbal repartee, rhyming text, and other word play. We are setting the production in a faux-Roman antiquity, inspired by the myriad classical references in the text, so we embrace using a mash-up of classical and contemporary references in all elements of our design. In our surtitles translation we will do our best to capture the humor (which at the time it was written, was very modern), character, and style of Casti’s Italian libretto while also simplifying language so that plot points can be fully understood by the audience without surtitles distracting from the action and sensory experience of the show.

You are an old hand at mixing student performers with paid soloists and freelance players. Please describe how you assembled the vocal ensemble. and pit band for this production.

Everything is gratis in this production (players and singers). The singers are a mix of Harvard students, conservatory graduate students, and young professionals; and the orchestra comprises community members and students. It’s a great pleasure to work on this delightful—and funny—piece with such an enthusiastic cast of young singers and players.

Are any Salieri Masses in the offing in Mem Church?

Not this term, but they are very attractive pieces, so maybe soon!