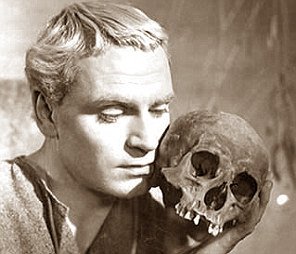 Since Shakespeare’ death, on April 23, 1616, the legendary master of prose and verse, has, as we all know, inspired art, music, film and dance too. In local celebrations of the bardic 400th-anniversary, ensembles from the King’s Chapel Choir to the Boston Symphony Orchestra have crafted Shakespeare-themed programs. [BMInt article here]. The New Philharmonia Orchestra of Newton’s (New Phil) “Inspired by Shakespeare” joins the festivities on February 27th and 28th at the First Baptist Church in Newton Center. Under Francisco Noya, theconcert opens with the Overture to Merry Wives of Windsor by Otto Nicolai followed by the Love Scene from Romeo and Juliet by Hector Berlioz. After intermission, the Hamlet Suite offers selections from Dmitri Shostakovich’s film score to the Soviet film of the same name; four renowned Shakespearean actors including renowned Tina Packer will perform in NPO’s version. For Noya, it’s clear why Shakespeare has been an inspiration to composers throughout the centuries, “Their music goes directly the heart of his prose.”

This weekend, the spotlight shines on the Hamlet Suite. The film, released in 1964 to worldwide acclaim, has rarely been seen in this country and the music is only performed as short excerpts in most orchestral concerts. New Phil’s late Founding Music Director Ronald Knudsen successfully assembled his special performing edition from multiple sources. Woven amongst extended orchestral movements, actors flesh-out key scenes from the play. With copious cuts, they tell the story about the Prince of Denmark.and create wild atmospheric scenes. The ghost of Hamlet’s late father is never shown in the film, so the director Grigori Kozintsev asked Shostakovich to represent it in music. When Hamlet thinks of his father you hear the most eerie and fantastic music,” according to Noya. Steven Ledbetter adds: “The score is prime Shostakovich, hard-edged in its orchestra colors, dynamic, driven, sardonic, and without a trace of sentimentality.”

Considered one of America’s leading authorities on Shakespeare, Packer founded Shakespeare and Company in 1978. Since that time, she has directed most of Shakespeare’s plays (some of them several times), and acted in seven. She has taught and lectured at universities throughout the United States. Packer’s book “Will’s Women,” on female characters in Shakespeare’s plays, was published in 2015.

As passionate advocate for the Bard’s works, Packer believes that the messages from Shakespeare’s plays remain relevant today. “I don’t think revenge ever solves anything and I believe Shakespeare thought that too,” states Packer during an interview last May on WBUR. “How can we stop making people violent? What are the ingredients needed in order for us to behave more humanely towards each other? You shift the idea of an ‘eye for an eye’ and ‘a tooth for a tooth,’ and say ‘I will not be the same as the person who has perpetrated these horrors upon me.’”

Presented by The New Philharmonia Orchestra of Newton