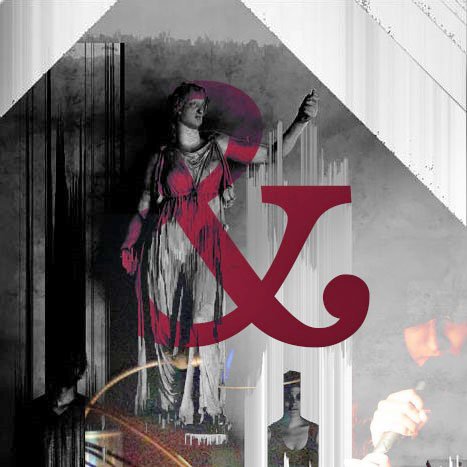 What happens when performance art, ambient electronica, and renaissance music collide? The Ampersand concert series showed what and how, at MIT’s Bartos Theater last Thursday. Run by WMBR, the event featured multimedia artist Asha Sheshadri (Isolde Touch) and sacred-music duo Ariadne. Making full use of the AV capability of the List Visual Art Center at Bartos, both artists employed striking projections and soundscapes familiar yet alien, pumped through ample speakers and subwoofers. While the medium was similar, the performances were very different, and the evening was all the more complete for it.

Isolde Touch is a one-woman ensemble; if you closed your eyes you’d imagine a legion. Asha Sheshadri uses prerecorded clips of her voice speaking with various distortions to create a sonic template, then adds on a live layer, the same text spoken into a microphone placed next to her computer. The effect was remarkable, and it was nearly impossible to distinguish live from prerecorded. Sheshadri explained that her texts are reinterpreted from formulaic email and also from the script for the Ingmar Bergman film Persona. Her performance began with a rather sterile reading, a simple image displayed on the screen: a static early 2000s TV/DVD combo. The text was folded into various versions of distortion one might encounter in daily life, a cellphone for example, or a buzzy PA system. The distorted sounds worked in concert with the clearer version coming from Sheshadri herself, and as the soundscape grew more complex, the static of the TV/DVD screen began to shift and change into a series of images. Visuals matched audio in crescendo, growing in complexity and volume, and filling the room to capacity with an entropic maelstrom of broadband noise. Just when the cacophony reached the unbearable, Sheshadri added a new element, bringing in a sung pattern behind all of the speech, and color onto her projection. These effects too were notable: in a nanosecond a roar of distortion and speech changed into musical landscape. Suddenly there was harmony arising from discord, a hopeful resolution, delivering us from harsh and oppressive technobabble. In a world of bombardment by email, cellphones, fluorescent lights and all similar, it is refreshing to be offered an alternative. Beauty may be found in commotion, and sometimes that commotion makes us appreciate our quiet moments and their own music that much more.

Ariadne comprises NYC-based artists Christine Lanx and Benjamin Forest. Standing in opposition, heads bowed, dressed in black, they have a certain air of post-modern liturgy to their vibe. Lanx does most of the singing, her voice clean and breathy, reminiscent of a boy soprano invoking the Renaissance psalmody of Palestrina and Tallis. Forest provides a heavy industrial backdrop that serves as both foil and dance partner to Lanx’s vocals. Both artists use a soundboard, Lanx recording her vocalism in real time and looping it back on itself, creating various harmonic and rhythmic landscapes to pair with Forest’s driving, bass-heavy ambience. On the screen, Ariadne employs a simple black and white visualizer, which aids in the comprehension of what is happening sonically. At times the ambient sound is so loud and aggressive that the bass seems to press down on your chest, holding you down into your seat and forcing you to witness the violent chaos of two worlds bridging a centuries-long gap.

Lanx’s text is inspired by Biblical language, and Ariadne’s overall tone is heavily influenced by the writings of Thomas Ligotti, which Lanx describes as “philosophical horror” akin to the works of H.P. Lovecraft. The connection is certainly palpable, the intense and unfaltering soundscape and visual scape maddening at points, but that is perhaps the intention: to create a world of sound and light that is incomprehensible, leaving the listener seeking an understanding of something beyond the pale. It is no coincidence that the symbol Ariadne choose to adorn their T-shirts is a winding, twisting, Minosian labyrinth.

Ariadne’s performance in two parts. The first was live, the second a premiere of a music video. Sonically it was more of the same as the live component, but the visualization was much more complex. Working only in black and white, Forest introduces us to an alien yet somehow known landscape, the heavy blackness lit faintly by white figures, undulating to the deep rhythmic groove of Ariadne’s music. As the camera swoops and pans and pulls back, a twisted form reveals herself, a monolithic female cruciform, inky black and looming over the undulating figures below. The scene then shifts to a room of black cubes, neatly arrayed in some Orwellian symmetry. In each cube there seems to be a person, although we never get close enough to see, as the camera again pulls farther back to reveal a cataclysm raining down on this symmetrical world. As the destruction grows, so does the maddening weight of the music.

In the video, the unknowable is juxtaposed against the clean and organized, which is an apt reflection of the music created by the duo. Lanx’s vocals evoke the beautiful organization of 16th-century Italian monody, while Forest’s ambient backdrop represents the harsh and unknowable dystopia of a technological society. Together, Ariadne create a fully unusual musical experience that is at once exotic and strangely familiar.

Both artists are creating exciting, possibly crucial music. Mixing media forms is a direction that is going to be explored more and more in coming years, rightly so: for too long, the art world has been painfully stuffy about cross-collaboration. But as the walls start to come down and artists explore new combinations, we have the opportunity to experience art that is unique to our time and to our challenges. Art should be a reflection of society, and both Isolde Touch and Ariadne have done an excellent job of taking the sounds of yesterday and tomorrow and creating create something beautifully poignant for today.

Comments Off on Time Traveling at MIT, Multi and Combo