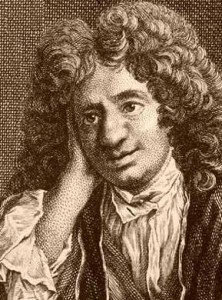 Keyboardists know the name François Couperin (1668-1733), and so do many audiences and students of music. A cursory look at Couperin turns up some easy pieces in piano primers and some character pieces in music appreciation textbooks. Organists know Couperin as a good composer whose writing doesn’t have much use for the pedal, while historically informed organists don’t have much use for Couperin on North German-style neo-Baroque instruments. Harpsichordists know Couperin for his pedagogical essay L’art de toucher le clavecin and for his 27 marvelous suites or, as he called them, ordres. When it comes to harpsichordists, though, all we seem to hear these days is Bach, Bach, Bach. We can’t blame Bach, however, because he corresponded regularly with Couperin, and Bach’s music is rife with the evidence.

Couperin caught the attention of some of the late Romantics. Richard Strauss’ Tanzsuite aus Klavierstücken von François Couperin is a mash-up of Couperin’s Piéces de clavecin, and Ravel memorialized Couperin le Grand in his Tombeau. Brahms’s relationship with Couperin is even deeper in that he, with Friedrich Chrysander, edited the complete works.

Having left the piano in my late teens to immerse myself in the harpsichord, I was surprised years later to find that some of Brahms’ late piano works look like Couperin. Granted, the similarity stops at the appearance of the engraving, but the resemblance can be uncanny.

It is said that Brahms based the final movement of his Symphony No. 4 on the closing passcaglia of Bach’s Cantata 150. This is a generally held belief, although some scholars have suggested the chaconne from BWV 1004, the second violin partita. I submit that, since Brahms was the co-editor of Couperin’s Piéces de clavecin during the time he was writing the Symphony, the Passacaille from the 8th Ordre is a good contender for the discussion.

Be that all as it may, it shouldn’t take one, or even two, of the three B’s to hold up Couperin’s superiority in the harpsichord world. As harpsichordist Mark Kroll has said, “François Couperin is the greatest harpsichord composer of the Baroque. Not necessarily the greatest composer of the era, of which there are several candidates—but the composer who wrote the best and most idiomatic music for the instrument. He is to the harpsichord what Chopin is to the piano. It is therefore no surprise that when Debussy was deciding on the dedicatee of his Études pour le piano in 1915, his first choice was Couperin, whom he called ‘the most poetic of our clavecinistes,’ but ultimately decided to dedicate them to Chopin.”

For our 21st-century ethos, Couperin may just not be the right guy to love. He was, after all, writing for the bizarrely refined court of Louis XIV, and it is difficult for educated Americans to love someone who gladly worked for a regime that oppressed the masses. Perhaps Couperin’s writing is much too subtle for our modern tastes intent on hearing flash and fire. As the master wrote in the preface of his first book of harpsichord pieces, “J’aime beaucoup mieux ce qui me touche, que ce qui me surprend.” Now there’s a lesson for our 21st-century ethos: “I like much more what touches me than what surprises me.”

Harpsichordist Mark Kroll will perform a series of three mid-day recitals at First Church in Boston, 66 Marlborough Street. He writes, “I have been playing the music of F. Couperin for 50 years—really—and I decided to play and record all 27 ordres…while I still can.” The first recital, Nov. 3, features the 3rd Ordre; the second, Nov. 10, gives us the 7th Ordre; the third, Nov. 17, is dedicated to the 13th Ordre. The recitals, on three consecutive Tuesdays, run from 12:15-12:45. Donations are encouraged to support the programming.

Paul Cienniwa is Music Director at First Church in Boston and is the author of By Heart: the Art of Memorizing Music.