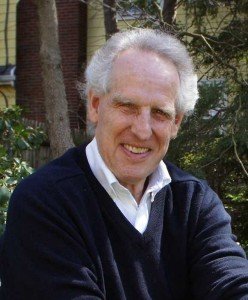 In its first concert since triumphantly touring Europe in June, the Boston Philharmonic Youth Orchestra will open the doors of Symphony Hall to all on November 2nd at 7:30 pm, as Music Director Benjamin Zander leads Glinka’s Overture to Ruslan and Ludmilla, Stravinsky’s Violin Concerto with Ayano Ninomiya, Debussy’s La Mer, and Tchaikovsky’s Symphony No. 5.

Since its inception, three years ago, the BPYO has quickly evolved into one of the area’s estimable ensembles. BPYO’s buzz has been heard in six previous programs in Symphony Hall and three in Sanders Theater as well as in numerous tour appearances including Carnegie Hall, Amsterdam’s Concertgebouw, Berlin’s Philharmonie, Lucerne’s KKL and Prague’s Smetana and Dvorak Halls.

A stirring account of the recent tour, including live recordings of all the works, can be found here; it gives an in-depth look into what makes the BPYO a transformational force in the lives of its young members, also how the leadership met daunting logistical and fundraising challenges. The article chronicled the accomplishments of the orchestra’s 120 members, ages 12-21, who exemplify the BPYO motto, “Shaping Future Leaders Through Music.”

Of particular interest in the concert next week will be the return of Boston violin soloist Ayano Ninomiya. Ninomiya grew up in Boston, attending NEC Preparatory School for her musical studies. From 12 to 18 she was first violinist of the Amaryllis String Quartet, which performed regularly and on three occasions collaborated with Yo-Yo Ma. A graduate of Newton South, she went on to Harvard and Juilliard for undergraduate and graduate studies. At Harvard she performed Stravinsky’s Violin Concerto with the Harvard-Radcliffe Orchestra, the same work that she presents with the BPYO on November 2. Ninomiya is a frequent participant in major music festivals including three summers at Marlboro, and for the past six years she has been first violinist of the Ying String Quartet at Eastman, where she also served on the violin faculty. This fall she joined the NEC violin faculty. Her Boston-area teachers include Marylou Speaker Churchill, James Buswell, and Michelle Auclair.

The open-door policy for this concert comes about through the generosity of Boston’s Free-For-All Concert Fund. It was created to guarantee presentation of high-quality music in perpetuity. With steady income from a first-phase endowment goal of $20 million, grants will flow to excellent organizations bringing music and related cultural events to the public.

According to its website, Charles Ansbacher created the Boston Landmarks Orchestra to provide concerts at no cost to the people in the region. In 2010 the Orchestra’s total audience, from families to students, professionals to newcomers, was more than 100,000. Rather than stop with the development of the orchestra, Ansbacher created an independent foundation to give grants to organizations, including BLMO.

The orchestra is proof of concept of Free for All’s big vision: presentations of Brahms, Bernstein, and Copland have become community happenings. Diverse audiences return again and again to hear performances at the Hatch Shell on the Charles River Esplanade with picnics and pets, or in their neighborhood parks.

Ample research shows that music and the arts are vital to a 21st-century education, teaching children skills that nurture intellectual and creative development. Entrée into orchestral music today is often limited to those whose families can afford to attend concerts, provide their children with lessons, have classical music playing at homes, or know how to find community resources. The Free for All Concert Fund is committed to eliminating the barriers to attending performances, fostering broader appreciation of orchestral music and building audiences for arts organizations across the Boston area.

Comments Off on BPYO Free to All at Symphony Hall