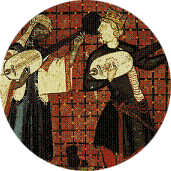 Boston-area musicians from American, Caribbean, Western European, Greek, Turkish, Syrian, and Lebanese traditions will gather to sing and play for victims of the current crisis in Syria and Iraq at Harvard’s Memorial Church at 8:00 pm on October 23rd at Harvard’s Memorial Church. For  the benefit “Journey Towards A Home: Boston Musicians Perform for Syrian and Iraqi Refugee Relief,” freewill donations will be requested, administered by the Memorial Church and distributed among accredited charities.

BMInt: Joel, the last time we featured your Camerata Mediterranea in these columns you were hosting a musicological colloquium on Sephardic music [BMInt article here]. And now you are producing a benefit concert at Harvard, “Journey Towards a Home,” for what must be, mostly, Muslim refugees. Are you veering in different directions? And if not, what’s the connection?

Joel Cohen: We’re not veering in the least; it’s all of a piece. The mission of Camerata Mediterranea is to create exchanges and to improve understanding among “Euro/American” and “Eastern/Middle Eastern” civilizations and cultures via the art of music. When we sat around a table on Beacon Hill a few years ago to discuss, calmly and amicably, the ins and outs of Judeo-Spanish music in the Arab and Ottoman worlds, we had the incredible good fortune to be in a somewhat less violent and destructive time than the present one. The institute’s goals haven’t altered, but the means of implementing them will evolve as the needs change.

So it’s not a colloquium this time. Are you aiming nonetheless for a small audience of specialists?

Hopefully, not at all. We’d like to see hundreds of faces at Harvard Memorial Church on Friday.

There will be several score topnotch musicians singing and playing their hearts out, in an incredible variety of musical styles, American, Latino-Caribbean, European, Lebanese-Syrian, Turkish, and Greek, all for a vitally important humanitarian cause. Admission to this all-star event will be (hold your breath) free.

So audience members then go home with exactly as much money as when they came in?

Not exactly. There will be a freewill offering, and we hope that, moved by the urgency of the moment, people will give very generously, each one according to his or her means. The funds will be administered by Memorial Church and will go to accredited charities, all of them vetted for their honesty and rigor, all working to help Syrian and Iraqi victims of the current crisis.

This concert will be about two things: music of the various nations that have been touched or concerned, near and far, by this crisis and help for other fellow humans who are in distress, and who need a hand right now. There is no confessional or sectarian or political agenda.

So how do you go about lining up good musicians, from all these different traditions and backgrounds, on such short notice?

Well, I have an ancient computer program on my laptop called Address Book. Its technology hasn’t been updated since about 1492. But it contains information that is more precious than diamonds and rubies, that is to say, the whereabouts of so many wonderful performers, colleagues and collaborators, whom I have come to know over years of concertizing and recording. It took half a day to make the phone calls, but the 30 years prior to build up the list. One of the evening’s top performers was my student at Brandeis about 40 years ago. Another superb musician is someone I learned about two weeks ago. He came on board because a trusted mutual friend said “you’ve got to get so-and-so for this event.” And so on, with every kind of personal and professional history in between. Did I mention that this is a free concert?

The project was also very fortunate to receive, almost instantaneously, the support of Harvard Memorial Church and its choirmaster, Edward Jones. Both Boston Camerata director Anne Azéma and I have worked very often with Harvard, just about always with pleasure. But this will be the most important such collaboration to date.

There will be the Choral Scholars of Harvard, of course. Then, from the Boston early music milieu, Blue Heron and the Boston Camerata. Moving offshore just a bit, you’ll see and hear the group that made such a big hit at Boston Camerata’s Nueva España concert a few days ago, Les Fleurs des Caraïbes. Mehmet Sanlikol and his Dünya ensemble will be bringing along some friends from the Istambul conservatory. There will be Greek music from the island of Lesbos, where so many displaced people have taken temporary refuge. And there will be a selection of Lebanese and Syrian songs by the DooZhen Music Academy, led by Nizar Fares, who will also talk to us, briefly, about the work he has been doing as a volunteer in the refugee camps over there. These musicians represent not only a large cross-section of the world’s musical cultures, but also the marvelous variety and richness of our local music scene.

It’s free. Oh, I said that. As you see, there will be some sort of musical discovery for just about everybody in the room; bring your open minds and ears, and your generous hearts. Need more info? Please contact kamal@simmons.edu.

Joel Cohen is founder and director of Camerata Mediterranea, and director emeritus of The Boston Camerata. He is a recipient of the Grand Prix du Disque, the Edison Prize (Netherlands), the Early Music America Lifetime Achievement Award, and the Georges Longy Award. He is an Officer of the Order of Arts and Letters of the French Republic.

Comments Off on Musicians Caring for the Displaced