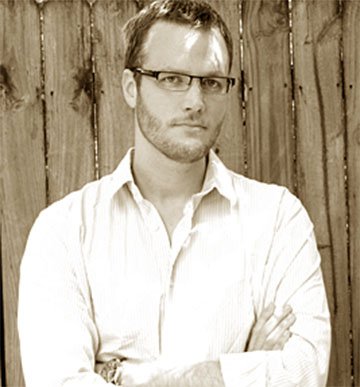 There was a bit of racket in “Bliss Whispers” and a lull every once in a while in “Late Night Banter,” a depiction of bar talk. There was “Origami,” an extremely hushed duet, and “Chamber Symphony,” an outspread palate for variability. Together, the four works, some older, some brand new, balanced into an embodiment of the name of the presenting organization—Equilibrium.

Now in its fifth season, this Boston organization’s core of five young and dedicated contemporary music enthusiasts put on a fascinating concert to begin its season. Take note, there are more to come this season.

Over the past years, local players performed as ad hoc ensembles. This year marks the inauguration of a fixed Equilibrium Ensemble numbering16, all at the YMCA in Cambridge Thursday evening. Spacious yet intimate, the old theater with a wrap-around balcony served as a most suitable medium for transmitting the youthful blares and particulars of composers Stefanie Lubkowski, Aaron Jay Myers and Peter Van Zandt Lane. A work of Marti Epstein was included on the program as a last minute change.

No doubting for even a split second, last night’s organizers, composers and performers did their work. And it never ceases to amaze how much talent and accomplishment thrives here in the hub, never mind seemingly boundless integrity and commitment to today’s music. This Ensemble’s share impressed all over. It was well-tuned, charged with energy, and completely engaged. All gave their all. Composers had to be happy, if not excited. (That word, “exited,” must have been said at least two dozen times in the various introductions preceding the program and the pieces.)

While there was certain programmatic symmetry that echoed “Equilibrium,” titles suggested ways of understanding the compositions this listener often found challenging. Clear enough from Lubkowski telling us that she chose the sounds in her new work, a world premiere, because they appealed to her in special ways, bringing her delight. Lubkowski’s choice of material for “Bliss Whispers” piqued my curiosity, connecting this note and that often a mystery. That, according to her, these sounds were “sensuous” escaped me in large part given the wide use of octave doublings and an apparent avoidance of rich harmony. There were moments of tenderness nearly fully articulated.

Her title being a subjective one was opposite of that of Myer’s, his “Late Night Banter,” where topics of conversation at loud bars or at late night parties change rapidly, are often fragmented, and so forth. I appreciated the waggishness of the title and his composition but found myself trying to track down banter as described. Rather, the loud brass interjections felt less as jibes than “exciting” smacks of musical genuineness. Myer’s work fascinated; whatever it was saying frequently went right to the gut. His music rings with vitality and control, only verging on madness.

Without program notes or an introduction by the composer, Marti Epstein, “Origami” remains a mystery as to how it got its title. I decline to speculate. Her work came with rarified intrigue. Ever so soft throbs from a marimba synced with gentle soundings from a tantalizing bass clarinet. Every so often, an angular fragment of melody would surface. Halfway through this enchanting duet piece, more pointed, synced syncopations “excited” though always in a much toned down way. Then, came a small but obvious burst. That climax could well have signaled the approach to the end, but “Origami” continued on too long visiting earlier territories.

Amy Advocat, bass clarinet, and Matt Sharrock, marimba were nothing short of fabulous continually leaning on the threshold of discernibility.

Peter Van Zandt Lane writes “My Chamber Symphony owes much to its eponymous forebears by Schoenberg, Adams, and Adès.” However, noticeably absent from Lane’s commissioned work was the main feature of the genre as exemplified in the above named composers’ chamber symphonies. Missing were the individualized voices of the ensemble. The 20-minute work was overworked, darting in and out of refurbished gestures. Taking single slices of the piece and putting them one by one under the musical microscope would provide evidence of a real talent and brain at work. Keeping up with all the slices together was a difficult task.

Matt Sharrock conducted this premiere and the other two ensemble pieces with enviable reverence and sure grasp.