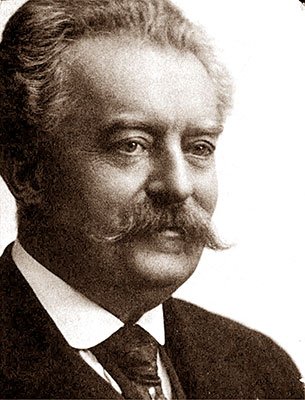 SeptemberFest, the Longy School’s annual autumn festival showcasing its alumni, students, and faculty, had a special force this year as the school celebrated its first century as a music conservatory. The thinking and programming behind this year’s series has been discussed in an interview with Longy’s President Karen Zorn here. This year’s series centered on the school’s founder, Georges Longy, who came to Boston from Paris upon invitation by Boston Symphony Orchestra for the position of principal oboist. Longy’s introduction of French music and musical education to a city and orchestra firmly ensconced in the German tradition provided a natural direction for American composers and orchestras during the First World War when Americans largely eschewed German music and culture. Founding the Longy School was, in many ways, a declaration of a French musical tradition in America distinct from the German one: its subsequent successes and imitators (Mannes, Juilliard, Curtis all followed after Longy’s founding) was a testament to the permanence of this tradition in America. This early tension and promulgation was at the center of all the concerts in this year’s SeptemberFest: an exploration of the French roots at the heart of American music at the turn of the last century.

Saturday’s concerts presented the core of George Longy’s world and how it lives in the conservatory today. New or recently commissioned works were contrasted with earlier ones. Two fanfares introduced the concert. Master’s student Jordan Chase composed Longy 100 Fanfare for a trio of brass to honor the school’s 100th anniversary. Master’s students Aaron Buede (trombone), Junye Ge, and Isidro Suarez (trumpets) led the stark, Mahlerian piece with confidence and poise. Stark in its majesty, often leaving members of the trio in solo, Chase’s composition’s harmonically spiky lines resulted in a chilling, spare texture that seemed alien to the characteristically warm timbre of brass. Frequently, tuning seemed to be an issue for exposed individuals, although missteps were quickly amended in the context of the full trio. This paired nicely with Gardner Read’s Anniversary Prelude, Op 143, commissioned by the Longy School for its 70th anniversary. Read’s Prelude is scored for string trio (on Saturday afternoon, played by the student esemble Con Affetto—Kate Goldstein, violin; Rebecca Phillips, viola; Mina Kim, cello). In contrast to Chase’s majestic, cold lines, Read’s prelude is warm and inviting, while maintaining a weighty pomp. The piece proceeds in intensely satisfying chords that take full advantage of the rich colors of the string trio and—despite a curious and fascinating passage that wanders into some harmonically strange territory—culminates in a deeply gratifying major chord.

After two brief pre-recorded tributes (Yumi Suehiro playing Fabian Beltran’s Prelude No. 3 and an original composition for guitar and violin by Paul Sayed and Isabella Reyes) Saturday afternoon’s concert concluded with two other commissions. Yo Sionoya (Master of Music candidate) performed faculty member Paul Brust’s 2014 Poem scored for solo oboe. Poem is treacherously difficult, requiring exquisite control and technique on behalf of the oboist. Shionoya treated Brust’s composition with deference and discipline, traversing the labyrinthine melodic line through its complex textures (“stanzas” I was tempted to imagine) with ease and grace. Written for two pianos, Richard Platt and Edward Hill’s Prelude and Pastorale (1927) and Jazz Study (1924)—the latter written for the 10th anniversary of Longy—concluded. Pianists Donald Berman and Hugh Hinton approached both works with an effervescent energy. In Prelude and Pastorale, this resulted in a rich, rolling texture that propelled a narrative that strongly reminiscent of Beethoven’s Pastoral Symphony. This energy and cohesion also paired well for an exciting and playful performance of Jazz Study.

Given the three weeks that the conservatory had been in session prior to SeptemberFest, Opera at Longy presented an impressive 16 solo and ensemble pieces dating from America in 1915 accompanied by Tom Enman and Noriko Yasuda on piano—all impressively performed from memory. Although Saturday’s concert featured many strong performances, a few works—mainly choral numbers—seemed unpolished or haphazard. Individuals impressed with consistent strengh, particularly Sirgourney Tanner and Joshua Smith—Tanner’s touching “I Didn’t Raise My Boy to be a Soldier” reveled in her wide range and warm tone. Mr. Smith has a sturdy baritone that charms in its upper register; the latter’s “When I Leave the World Behind” blended the comic and touching.

How interesting to pair American songs with improvisations for the sound track of Charlie Chaplin’s Tramp—to switch from a medium which is primarily sound to a medium in which visualization takes prominence. Chaplin plays his signature tramp (complete with walking stick and knapsack), who saves a farm from marauders. Saturday afternoon’s improvisations tended towards a minimalist, part-Foley-work-part-avant-garde narration of Chaplin’s classic tale. The technical challenges of improvising accompaniment—of perfecting timing with progression of the film scene—can’t possibly be underestimated. This effort lacked a cohesive musical arc or narration, stripping the film of much of its light-hearted air (although—to be fair—much of Chaplin’s slapstick still garnered chuckles from the audience). Faculty members rendered virtuosic reads: pianist Peter Cassino joined violinist Jesse Mills for the first half in a haunting support of Chaplin as he is chased by thieves while comming to the aid of poor farmers. Charlie Kohlhase and Angel Subero on saxophone and trombone, respectively, concluded the performance as Chaplin saves the farmers.

Saturday evening’s performance was the clear highlight of the festival, introducing Bostonian and Parisian composers from the turn of the 20th century. On the American side, the concert presented art songs by Edward MacDowell (Oben wo die Sterne glühen, and Nachtlied, Op. 12, No. 1) and Amy Beach (My Star Op. 26, No. 1), sung by Longy voice faculty member Pamela Dellal, accompanied by Brian Moll. The Horszowski Trio (Jesse Mills, violin; Raman Ramakrishnan, cello; Rieko Aizawa, piano) performed Arthur Foote’s Piano Trio. The trio fared well in the hands of the ensemble, with a taught tempo, and exquisite sensitivity to the chamber work’s intricate internal harmonies. Despite the prominence of the violin and cello in the work, Aizawa glistened as the gem of the piece, providing supple support to solo portions of the other instruments, yet surging to orchestral prominence at other points.

What centennial is complete without fireworks? Piano faculty Esther Ning Yau provided the pyrotechnics with Debussy’s Feux d’artifice and Moritz Moszkowski’s Etincelles. Debussy’s Feux d’artifice, from the second book of preludes, is a brave foray into French Impressionism. The piece paints ethereal clouds of sound that eventually occasionally coalesce around the shimmering trails of fireworks cumulating in startlingly bold bombast. Sparks also flew in Moritz Moszkowski’s Etincelles, harnessing ambitious explosions into a deceptively simple and playful piece. Although tempi felt unnecessarily pushed, Yao performed both with a machinist’s precision and clarity, as well as with an aesthete’s sensitivity and intelligence.

Longy’s centennial SeptemberFest concluded with lighter fare—a selection of Broadway songs selected from today as well as 1915 by singers of Opera at Longy, accompanied by music directors Tom Enman and Noriko Yasuda. The afternoon’s recital beneath a tent Harvard University’s Science Center Plaza was far more informal than the other events. Providing singers with microphones transformed the tent into a surprisingly comfortable venue. The first half comprised songs from Broadway ranging from Leonard Bernstein to Mel Brooks, while the second half returned to some of the wartime songs from Saturday afternoon. As on Saturday, there were many strong numbers within the collection, although some of the weaker ones should have been sacrificed.

Among his professional singing experiences, Sudeep Agarwala has performed with many local choruses.