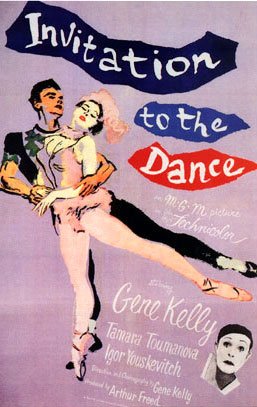 It was a packed St. Paul’s Episcopal Church in Brookline well before Mistral’s concert start time of 5 o’clock, when with Mozart’s Concerto for Flute and Harp, the talented chamber ensemble’s 19th season was off and booming. A pleasure almost through and through it was with Mistral’s “Master of Melody.” Certainly Mozart’s phrases, surely Weber’s memorable strains from “Invitation to the Dance” qualify, but the tunes of Messager in his suite from Les Deux Pigeons, one might well argue, did not quite fit the boast.

In the Q & A session following intermission, Mistral’s “orchestra,” a string sextet with no winds generated questions about the size of a Mozart orchestra. The enthusiastic crowd seemed not to have found this performance at all lacking because of this. Not be overlooked, Mistral’s personnel makeup together with St. Paul’s acoustics mutually benefited.

This Mozart orchestra made a big sound. In fact, it could have been tamed a bit so as not to cover some of the harp’s more delicate passages. Otherwise, Mistral’s chamber arrangement, made some ten years ago, spotlighted soloists Julie Scolnik and Krysten Keches, flute and harp respectively.

Scolnik’s admirable straight-ahead playing shaped these Mozart’s melodies with natural leanness both in tone and character, as her slight vibrato brought touches of warmth. Keches colorized Mozart’s maze of chordal outlining, arpeggios included. Time and again, she sprang these patterns into a soundscape teeming with life, kick and verve. Those times when Scolnik and Keches dueted made abundantly and joyfully clear that both “were on the same sheet of music.”

There were some shortcomings to an otherwise exuberant and technically adept performance. The strings’ overt fashioning of Mozart often did not match up well with the more controlled flute. In the middle of the Rondo came a poised statement from Artistic Director Scolnik following a sudden stoppage, “You have just seen a train wreck.” Back on track once again, an exuberant Mistral earned the generous applause it received.

That big sound got even bigger with Carl Maria von Weber’s Invitation to the Dance arranged by clarinetist Todd Palmer. The Mistral chamber ensemble, here a nonet, created the illusion of being an orchestra. Palmer’s scoring kept the nine instruments playing just about the whole time. No work needed as listener, their high-spirited romp of this once very popular and oft-played chestnut provided real enjoyment the old-fashioned way.

The programming was somewhat off balance with Mozart and Weber on the first half and the less substantial Messager on the second. Todd Palmer, also the arranger for Suite from the ballet Les Deux Pigeons, told us that way back when he happened on a cassette tape of “Two Pigeons” boxed and selling for dollar at a New York store. Thinking there were millions of pigeons in the city, he wondered what this music might be all about. The ballet was never performed in the United States. While I had heard of André Messager (1835-1929) I cannot remember having heard his work.

Arranged for harp, winds and string quartet, the Frenchman’s ballet music entertained. Mistral played the tuneful suite masterfully, but did we need to be taken back in time yet again? For educational purposes, I suppose one could say, yes. A few more textural changes in this arrangement might have added needed contrast.

Each of Mistral’s musicians has a day job; in this “night-time” job, they all enjoyed moments in the sun.

Comments Off on Exuberant Mistral at St. Paul’s