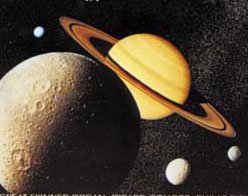 Peter Sykes adheres to no period cult. If it has a keyboard, he can play it or teach it with distinction. He advocates for the most delicate clavichord, but hardly shies away from most monstrously powerful pipe organ. Thus it came as no surprise when I heard in 1994 that Peter was transcribing Gustav Holst’s The Planets to the organ. Why did he wait so long was my only question to him. He responded that he arranged the celestial bodies on a dare, but had to delay publication until public domain rights kicked in.

He’s taken this show on the road and recorded it most famously on the sumptuous Skinner at Girard College in Philadelphia [example here]. Victoria Wagner assisted Peter in the transcription and will be sharing the bench with him Sunday at Old South Church in the Boston Chapter of the American Guild of Organists’ sponsored free performance at 3:00. More on their forthcoming events is here.

It’s hard to believe that Boston has had to wait 20 years for this planetary experience, which BAGO sub-dean Robert Barney declares affects him more spiritually on organ than it does in the original orchestral dress. The presentation at Old South will also feature projections of “live NASA images of planets” and closeup shots of the usually hidden organists.

Without a doubt the most appropriate instrument in Boston for such a performance, Old South’s Ernest M. Skinner Opus 308 organ is Boston’s loudest and most sumptuous and immersive. Designed in the once-disgraced symphonic style in an era in which civic organs substituted for orchestras and hi-fi sets, it was saved at the last minute when its original home, The Ordway Civic Theater in St. Paul Minnesota was about to be demolished in 1985. It is the second large E. M. Skinner organ to be housed in New Old South Church. The original instrument, Skinner opus 231, fell victim to changing tastes and was replaced in the 1960s by a Reuter Baroque-style tracker.  That organ after only 20 years fell out of favor, and in a charmingly and expensively symmetrical act was replaced by a Skinner similar to the one so unceremoniously rejected.

Speaking from decorative chambers in the four corners of the sanctuary, opus 308 consists of 6,950 pipes, 89 registers and 115 ranks. Its stop list can be seen here.

Peter Sykes offers his thoughts on making a transcription of The Planets for the organ.

In the heyday of organ transcriptions in the 1920s, relatively infrequent opportunities to hear live orchestral performances (and primitive recording capabilities) fostered the idea of transcribing orchestral music to the organ, often performed in municipal settings, as a satisfying alternative to ‘the real thing.’ Gustav Holst’s The Planets (1914-16) falls within this timeframe, but somehow never entered the transcriber’s repertoire, perhaps because of its modernity and complexity. The task of transcribing The Planets for the organ may seem impossible to those who know the orchestral version well; the orchestration is so characteristic and colorful that it’s easy to see why this appealing work has heretofore resisted any such treatment. In his excellent treatise of 1922, The Art of Transcribing for the Organ, Herbert Ellingford makes a case for a different goal: “The chief aim should be to endeavor to make that [music] which is arranged for the organ sound as though it had originally been written for it.” The real transformation, then, is to try to turn The Planets into an organ work that uniquely and effectively displays the characteristic resources of a comprehensive instrument in the Symphonic style. This transcription is offered in homage to the great organist/musicians of the past who enriched the instrument’s repertoire and drew audiences to the organ through the art of transcription.

The project began in preparation for a performance for the Organ Historical Society in Connecticut in 1994. Two basic considerations shaped the process throughout: to be faithful to the original musical concept, and to treat the organ idiomatically. Many small decisions needed to be made; which of the myriad notes of the piece to play, in which octave, and on which keyboard (or pedal). For the most part, a normal layout for a single player was employed, although a second player adding one line became necessary for certain phrases in “Venus”, “Jupiter” and “Saturn.” The enormous complexity of the last movement, “Neptune,” necessitates two players throughout; at one moment all four manuals and pedal, with four hands, two feet, and even a pencil holding a long note, are heard at once.

Studying of the full score and listening to orchestral performances revealed the most important elements of the musical line; in many cases, the complexity of the organ’s chorus sound necessitates a thinner texture than that found in the orchestral score. Translating solo instrumental assignments is made possible by Holst’s well-demonstrated love of the sonorities of wind instruments. The single flute and reed stops are used much as their orchestral woodwind counterparts; the strings and foundation stops take their various places according to tessitura and demand, now replacing strings, now winds; the chorus reeds act as brasses. Certain tone colors used by Holst in his orchestration are impossible to reproduce on the organ; so, for example, a high solo violin passage accompanied by woodwinds in “Venus” becomes a flute solo accompanied by celestes. Only one place in the piece, the final section of the last movement written for a women’s choir, remains virtually untranslatable; Holst, like most great composers, knew that in attempting to portray the ineffable, in the end even the orchestra is only a substitute for the human voice.