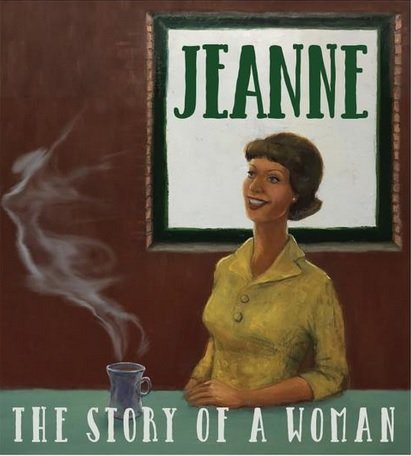 In the notes to BU Dance Theater’s presentation of the first hour, comprising three scenes, from composer Mark Warhol’s and librettist James Swindell’s unfinished work, Warhol noted that “The music is written with a digital structure. In other words, the opera is composed of many sections, each written to stand on its own in the concert hall or onstage. So a complete performance Jeanne would require performing all of these individual sections, in the correct order.” Sections from a later portion of the opera were staged four years ago by the same three ensembles.

With characters and scenarios loosely based on Warhol’s experience, Jeanne tells the story of Mark, a young engineering student newly employed at a mid 20th-century American company, and Jeanne, a senior co-worker. In contrast with Mark’s enthusiasm for technological progress, the former philosophy student views human beings as inherently more valuable than machines. Over the course of scene two, we learn that Jeanne was a high-achieving student who, on full scholarship, had to drop out of college when she became pregnant; she characterizes herself as “the valedictorian who didn’t know about the birds and the bees.” Champion for efficiency and mechanization, Mark wonders why she didn’t “do something about it,” which prompts Jeanne to offer an exegesis on the mysteries of nature and her choice to sacrifice her education in order to nurture the new life she created. A prelude to the scene features Mark delivering a kind of ode to Jeanne’s almost mystical qualities, while a postlude has an older Mark struggling to understand why this woman’s story continues affect us so powerfully.

In both tone and subject matter, the scenes presented Friday bore a passing resemblance to Maeterlinck’s Pelléas et Mélisande; there were no love triangles or complicated royal family dynamics, but something about an idealistic young tenor ruminating on life and death in the fascinating company of a mysterious, distant soprano recalled portions of the Symbolist play that inspired disparate interpretations by Debussy and Schoenberg among others. Unlike Mélisande, Jeanne’s mystery is not the product of a secretive disposition, but the opposite: it is the placid yet resolute ease with which she, from appearance an ordinary working-class woman, discusses her views on nature, life, and the conflict between man and machine. She is calmly candid where one might expect defensive reserve.

Boston University’s intimate 225-seat venue perfectly suited a chamber opera with choreography and light orchestration. The simply set stage featured a gray platform with three tubes at the back which recalling the outline of a factory and its smokestacks. A second low platform with steps served as an all-purpose structure, allowing more visual interest and greater flexibility for the placement of the dancers. Stephen Petrilli’s simple but nuanced lighting communicated changes of scenery and tone through subtle alterations. Penney Pinette’s effectively clothed the dancers in shortened versions of workers’ jumpsuits, only to have them shed the industrial garb onstage in the second scene to reveal nude body stockings; this transformation emphasized humanity in the mechanized environment.

Junichi Fukuda’s inventive and evocative choreography efficiently used his three dancers almost as a combination Greek chorus and set pieces; depending on the scene, they might embody machinery or act as silent commentators. In some cases they did both—immediately following Mark’s opening monologue, the dancers mimed actions that recalled the operations of typical workers but also the actions of the machines. This tableau was particularly clever in setting the physical scene as well as blurring the lines between human and machine, and in foreshadowing the interactions between the principals. Fukuda’s necessarily less detailed choreography for the two principals was perhaps less effective; they repeated abstract gestures at intervals throughout the performance, some of which commented on or illustrated the text, while others had no apparent connection to the action. It is possible that this aspect of the choreography will be more fully integrated into the whole opera.

Whether by accident or design, the two singers playing the leads seemed physically and vocally opposed to the points of view each represented. As Jeanne, soprano Anna Ward appeared, if not aloof, then detached from the emotionally burdensome details of her life story, and even from her passionately held convictions; she evoked something of the android in her affect. Tenor Patrick Massey, on the other hand, conveyed all ebullient earnestness and fervor in his love for machines and his ardent defense of technological efficiency. Where Ward’s eyes seemed always to be looking out onto some distant landscape, Massey’s gleamed consistently bright, present and full of emotion. These characteristics extended to the players’ vocal sound as well. Massey’s modest tenor without much squillo seemd more suited to musical theater than to opera. Happily, he projected well in a chamber opera staged in a small venue, and the audience could concentrate on his superlative diction, warm delivery, and winning stage presence. Ward’s delivered a bright yet somehow covered soundwith crystalline precision, surrounded by a touch of smoke in an otherwise bright timbre. Like her physical presence on stage, the sound seemed to inhabit two realms, one in the present moment and the other on some remote, inaccessible plane. If intentional, this bit of casting and/or stage direction felt ingenious in its opposition to the two character’s views of life, the position of each given complexity by the contrast. It must be said that the vocal writing, through composed with the lines characterized by leaps and repeating figures, plays no small part in emphasizing the industrial setting of the piece and both characters’ full integration into the mechanized landscape.

Scored for percussion and string quartet plus doublebass, the opera makes powerful use of those relatively sparse forces. The music cleaves to a neo-serial idiom (Warhol cites Stockhausen as a major influence), which, while decidedly abstract, nevertheless illuminates the text and enriches the action. A particularly fine example of this comes in the prelude and postlude—Warhol has scored Mark’s two spoken soliloquies to be recited to percussion accompaniment (masterfully executed by Robert Schulz), writing that necessarily prescribes the inflections of the delivery of the text, although on Friday evening Massey and Schulz were so wholly attuned that it seemed each performance was an extension of the other. The Boston String Quartet with bassist Evie Huang gave a polished, expressive reading of the score under Andrew Altenbach’s baton, bringing out the music’s dramatic efficacy and restrained emotions.

The music shares moments of poignancy and tenderness, but its real success lies in its ability to integrate all aspects into an intellectually provocative dramatic whole. Warhol gestures toward a number of Big Questions in this work, which, in its full incarnation, may turn out to be an ethical treatise in the guise of Gesamtkunstwerk. Having witnessed the first hour of Jeanne, this reviewer is eager to discover the rest.