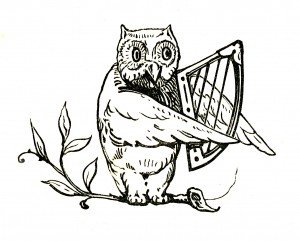 Readers may be wondering why BMInt’s news column has seen no updates in a month. To begin with, the publisher is exhausted from the labors required to bring Ben Zander’s muscular 49,000-word account of the BPYO tour into online existence. Then there’s the fact that August is a quiet month for classical music in Boston. And beyond both of those compelling reasons has hovered a highly time-consuming but artistically satisfying project that has been demanding of the publisher’s attention.

Boston Musical Intelligencer will be publishing a reissue of J. W. Elliot’s Our National Nursery Rhymes and Songs, including a potpourri of carefully chosen recorded examples, for our readers’ holiday gift-giving. The slavish facsimile of the 1870 original will be replete with more than 100 illustrations by the Brothers Dalziel. Unlikely profits from sales of this book would reduce reduce the Intelligencer’s inevitable deficits. Release date and ordering information will appear on this site in about a month. The tile page of the included CD is here.

James William Elliott’s collection has been part of our family life since the birth of my son, in 1989. And long before Nathaniel’s arrival, many of Elliott’s tunes were etched in my childhood memories. Before I encountered the original of this volume, I had assumed that the nursery songs sung to me and my forebears were folk tunes. Rather, many were the product of Elliott’s particular genius.

My original edition, from 1873, was in such tatters that I could no longer safely open it on the piano. Though many subsequent reprints were available in the used-book market, none preserved the quality of the Bros Dalziel illustrations and the quality of the printing and paper. Hence this volume. 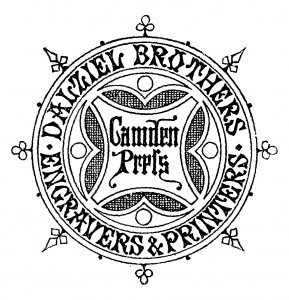 Hailed as “excellent”, “impeccable”, “limpidly beautiful”, “impressive”, “stunning”, and “Boston’s best”, mezzo-soprano Thea Lobo has appeared under conductors Gunther Schuller, Harry Christophers, Martin Pearlman and Helmut Rilling, and has been featured by the Firebird Ensemble, Carmel Bach Festival, The Bermuda Festival, and Europäisches Musikfest Stuttgart. A proponent of new music, she has worked as a soloist under the direction of composers Steve Reich, Howard Frazin, Fred Lerdahl, Christian Wolff, Lee Hyla, and Louis Andriessen. Ms. Lobo’s dedication to early music, especially the music of J.S. Bach, has seen her tour Japan performing Bach’s St. Matthew Passion solo-voice with Cambridge Concentus & Joshua Rifkin, at the Carmel Bach Festival as an Adams Fellow, a prizewinner at the Bach Vocal Competition for American Singers, and a Lorraine Hunt Lieberson Fellow with Emmanuel Music. As an interpreter of art song and chamber music, she has been a grant recipient of the Julian Autrey Song Foundation, a finalist in the Liederkranz Art Song Competition, and a featured recitalist for the Boston Portuguese Festival and The Shakespeare Concerts. She recently appeared with the Boston Early Music Festival, Sebago-Long Lake Music Festival, Berklee New Music, Amherst Early Music Festival, and White Mountain Music Festival, and her 2015-16 season includes performances with Boston Landmarks Orchestra, Providence Singers, True Concord, The Shakespeare Concerts, Guerrilla Opera, Andover Choral Society, and the Brookline Symphony Orchestra.

Daniel Hershey received his Masters degree in Vocal Performance from the New England Conservatory and has performed with various organizations in the greater Boston area including Emmanuel Music, Opera Boston, Boston Camerata, Handel & Haydn Society, New England Light Opera, Cambridge Opera, Brahms Society Orchestra, Masterworks Chorale, Cambridge Opera, Fine Arts Chorale, The Paul Madore Chorale and Chorus pro Musica. In 2004 he made his European debut in the Octobre en Normandie festival with the Boston Camerata. Since 2004 he has been touring the globe in “Borrowed Light”, a joint production of American Shaker music and contemporary dance with the Tero Saarinen Company and the Boston Camerata. He has also been a workshop leader for Opera Boston’s “Opera Shop” program. Dan has also been an artist at the Brevard Music Center in Brevard, NC where he has performed in operas and collaborated with guest artists such as Martin Katz and Henry Mollicone. His operatic and theater roles include Flute, Guillot, Lacouf, King Kaspar, Pedrillo, Trin, Frederic, Camille, St. Brioche, and Lt. Cable.