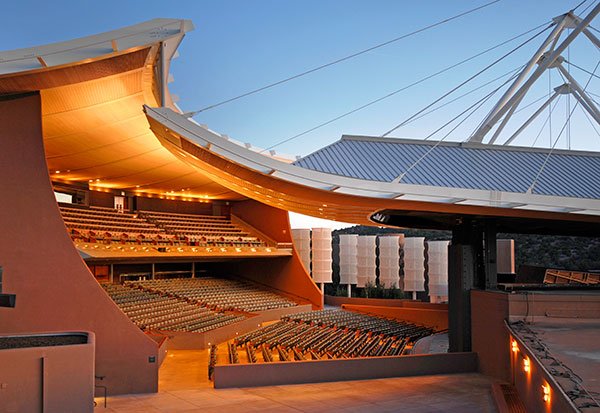 SFO is one of the top companies of the US, its productions generally imaginative and its programs always including one or two off-the-beaten-path operas in addition to the well-worn standards. They have a strong history of US and world premieres, as well as some brilliant commissions (the Higdon Cold Mountain I just wrote about; an opera about Steve Jobs by Mason Bates, has been announced for 2017) . Any serious opera fan should make the place a destination; this was my fourth visit.

The composer was 18 when he wrote La Finta Giardiniera. It is full of beautiful music, but the plot is, well, a little hard to take. While this production was musically excellent, I think it would have been helped by a more fanciful approach—we can’t take this story seriously, so let’s keep it madcap and frolicsome.

The genre of course demands suspension of disbelief. The characters are singing instead of talking: right off, there’s that, but opera goes beyond that in many well-known instances, plots that demand acceptance of all kinds of bizarre situations and propositions, the supernatural, the fantastical, and/or the just plain stupid. I’ll avoid detailing this convoluted plot (which contains seven roles), but an explication would start out 1 loves 2, 2 loves 3, 3 loves 2 but plans to marry 4, etc….

In La Finta Giardiniera we recognize the opera buffa characters of the genre: the worldly and cynical female servant; the blustering official who, instead of leading, spouts pompous phrases, etc. We find the critique, but also confirmation, of the class system—the wise female servant abandons her romantic interest in her noble employer and ultimately marries within her class. There is also parody of the opera seria genre: the ferocious aria of revenge, compellingly sung by Arminda (Susanna Phillips) to her fiancé, is over the top: he hasn’t done anything wrong (to her), but she is telling him what she will do if he does. Arminda’s exaggerated pannier bustles and elaborate blonde coiffure were suitably amusing, and Phillips is a brilliant comic actress as well as a skilled singer.

The problem with the plot involves characters 2 and 3. Sandrina (soprano Heidi Stober) is the “fake gardener girl”, a noblewoman who has taken the identity of a servant in order to search for her beloved, Count Belfiore (Joel Prieto), who abandoned her a year before. And this is the difficulty. If Belfiore had thrown his drink in her face and walked out, we might be able to accept Sandrina (real name Violante) still being in love with Belfiore (perhaps after agreeing to anger management therapy). But what he did was stab her and leave her for dead. And still she loves him. The absurdity is such that the role of Sandrina/Violante ought to be played with comic exaggeration. She sings (all translations by Charles Johnston):

We poor women,
We unfortunate wretches,
Are no sooner born
Than we begin to suffer.

The affect of this aria is sorrow, but the staging (as in Arminda’s rage aria) ought to push it into hyperbolic comedy. Heidi Stober was beautiful and compelling as Sandrina, but in this slow aria, I was surprised that she didn’t add ornamentation, which would have helped maintain interest (as well as being historically appropriate). Music Director Harry Bicket is an early-music specialist, and certainly could have guided the musicians in ornamentation in a number of places as an opportunity for invention and carrying the affect even further, rather than leaving replication and (particularly in slow movements) opportunity for dozing.

The set was a dreary realistic 18th-century drawing room, which connects to a small square garden plot. Oddly, the right wall of the set was just a neutral gray, as if the budget had run out. I would have preferred for the set to be fun, fanciful, stylized, even cartoonish, a la Peter Max or Dr. Seuss, to emphasize the over-the-top absurdity of it all. Which is, after all, there in the opera from the opening. The ensemble begins:

What a radiant day!
What contentment!
All around us
Breathes happiness!*

This is immediately contradicted as the characters enumerate their individual anguish (or irritation in the case of Serpetta, the wise servant; she is too savvy for anguish). Only the Podestá (the blustering official: mayor of the village and lord of the manor), with his deluded love for Sandrina, is (for the moment) happy. The Podestá later addresses an aria to Sandrina, replete with delightful musical imagery:

I hear inside me
A sweet sound
Of flutes and oboes.
What joy, what happiness!

But, all of a sudden …
The violas enter
And their gloomy melody
Torments me. ….*

Both words and music employ the orchestra to vividly paint the characters’ emotional volatility. The Podestá (sung beautifully by William Burden, although in a very few instances he lagged behind the conductor) is another character whose full comic potential was realized: his foppish, elaborate costume and wig were outlandish. Serpetta was briskly and compelling sung by Laura Tatulescu, although the realism of her servant’s costume was dull; something fanciful would have injected more playfulness and fun into the staging.

In Act II, everything changes as the characters find themselves away from civilization, in the wilds of a nearby forest. All propriety is overturned, as the set itself is, with a few branches added. This transformation from neat to disorderly reflects the characters’ complete departure from propriety to inappropriateness. And Sandrina and Belfiore go a step further, entering into delusion, stripping off most of their clothing and imagining they are mythological demigods. This madness is not an APA condition: the other characters know they must simply wait for the couple to regain their senses (Act III).

When they do, they decide it’s time to get married. The other characters pair off and do likewise, leaving the Podestá as odd man out.

So it’s a happy ending, but as Sandrina/Violante marries the man who tried to murder her, I myself would’ve liked to keep an absurdist twist: a happy ending—or is it? Aren’t the couple really still insane? And is that not a knife we see Belfiore holding behind his back??

Comments Off on Absurdly, Early Mozart at Santa Fe Opera