On the quiet side of Cape Cod, a good-natured ecumenical community lives, worships and, in the mode of Benedict, glorifies God in music and art. Surrounded by vernacular white-shingled living quarters in Orleans stands the Church of the Transfiguration, an imposing moderno-Byzantine basilica which William Rawn designed before becoming famous for Ozawa Hall. The 120-ft-long sanctuary is graced with stone carvings, glittering mosaics, and a gargantuan organ whose pipe chambers run the length of the nave. Gloriæ Dei Cantores, a chorus drawn from the religious community (and this is no ordinary community and no ordinary community chorus), arrayed itself behind a well-booked freelance orchestra in the theatrically lighted apse in order to offer up a sumptuously sounded Elijah.

Sister Mercy, my gracious minder and guide (not of my pen, of course), escorted me to a choice seat and joined me for the entire final rehearsal. Caveats therefore first: mercy must be shown in reviewing a not-quite-ready undertaking of such importance. One of the sopranos simply marked half of one of her arias, and no one could blame her, since she had already sung several rehearsals this week and was expecting to perform her role on the two subsequent days. In one difficult section, offbeat chorus and orchestra ensemble coordinated on the third try (perfectly). The wisdom of singing Elijah in German for English-speaking audiences eludes me, unless the German is perfectly articulated Hochdeutsch. If we are not hearing the sounds that Mendelssohn had in his head when composing, then why bother, especially since he prepared the English version for the world premiere, in Birmingham before Victoria and Albert? If we understand the words easily, the first half paints such a vivid narrative of idol worship, rain dances, still small voices, and healings from the dead as to suggest a Biblical movie epic. Why vitiate those effects in exchange for dubious, albeit fashionable, authenticity? And we missed the familiar texts from Scripture, such as “Lift thine eyes to the mountains, whence cometh help.”

But here’s the buried lede: there was a considerable amount to like about this community’s take on the oratorio. Let’s start with the chorus. The 40 sisters, brothers, and residents have in 25 years produced 50 CDs, attaining a level of execution that volunteer choruses from secular communities can only dream of. The sound was warm and articulate, never harsh or forced. They remained fresh to the end. Pitch and unanimity never failed, even though hard consonants and sibilants sometimes stuttered. If Gloriæ Dei Cantores did not quite pour forth the volume of tone able to equal an orchestra of 52 and the immersive 150-rank Skinner+ organ in partial cry, and if they rather lacked the pagan abandon of Baal worshipers, they nonetheless produced inspired, moving impersonations of angels, and were convincing as voces populi. “Cast Thy Burden…”, intended for angelic solo quartet and here done by full chorus, showed discipline and shaping allowing 40 to sound like four. Nuance, textural commitment, and consolation were notably evident in that number.

We also enjoyed organist David Chalmers’s management of a part not usually not included in Elijah performances. Providing just the right underlining and emphasis, the organ’s role was apparently derived from the improvisations of Henry Gauntlett at the premiere. Mendelssohn loved organs, having near the time of Elijah written six major sonatas in short order, so it’s a subject of debate as to why he apparently failed to include the organ in the oratorio’s urtext. An interesting essay is here.

The well-chosen orchestra of Cape and Boston freelancers followed the Biblical dictate to “Be not afraid.” They were dependably well-tuned and generally tight of ensemble, though they failed to rise to the status of a character in the narrative. This may have been due to the beaty, decidedly un-improvisatory conducting of Richard Pugsley. To be fair, understand that this was the final rehearsal of a piece apparently new to many of the players. And there still were gorgeous moments such as the cello section’s big tune in “It is enough,” which evoked “Es ist vollbracht.” One can assume that Friday’s and Saturday’s performances will offer more surprises and contrasts. Baal worshipers should not sound like Hebrews, and do we really need to see fixed smiles on the choristers? 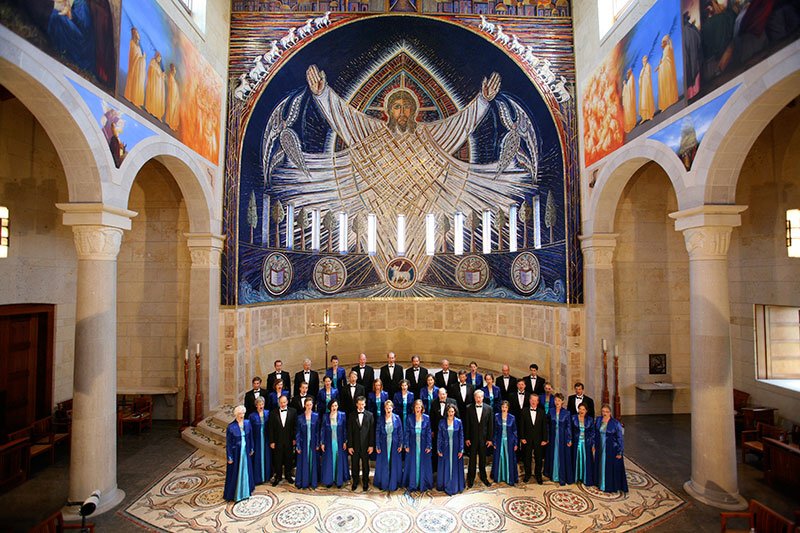 Of course there’s no reason to offer this oratorio without the services of a vivid and authoritative titulaire. In bass-baritone Andrew Nolen we had a trump of fame sounding the Lord’s call. The tall, ascetic prophet demonstrated total commitment in torrents of tone. He acted compellingly as well through an evocative countenance. With pleasure I would open the door for him next Passover.

Performances of Elijah continue Friday and Saturday nights, and there is every possibility that by Saturday night it will be amazing. The organ as installed, restored, and augmented by Nelson Barden can be heard on Friday afternoons as part of the regular 3:00 tour. A concert of organ and brass comes next Friday and Saturday. More on this impressive and unusual choir and its many recordings can be found here.