The concept of having world class pianists play four-hand repertoire may not be novel, but it was interesting and rewarding. To watch two talents, one firmly established and one on the rise, collaborate on that most soloistic of instruments, and to hear rarely performed corners of the repertoire was a treat, and for the most part everything worked out well. The challenge, beyond the obvious chamber music element, was selling music in a genre mainly created for amateur musicians and music students, more at home in a family party than a concert hall.

The first piece on the program suffered a bit from this inherent challenge. The title of Schumann’s Six Etudes in the Form of Canons Op. 56 hardly belied its somewhat academic nature. Even for a lover of Schumann, the work fell somewhat flat, arranged as it was from the original for pedal piano, an extinct practice instrument for organists. True, there were many beautiful moments—from the silken threads of the opening movement, seeming to go on forever, to a special sotto voce in the second, to the omnipresent counterpoint in all the movements. But the fact that the pieces were not specially composed as four hands works was evident; if it had been played on a pedal piano [hear examples here], it would have been more interesting, if only for the curiosity. [note: interesting transcriptions for organ solo and for piano trio exist for this set as well as the similar Four Sketches for Pedal Piano Op. 58]

Luckily, the rest of the program comprised original four-hands works, including selections from Bizet’s Jeux d’Enfants. Here fingers flew and hands navigated around each other in an elegant but determined dance. The trumpet calls of Trompette et Tambour sounded in every register, Bulles de savon was a colorful scherzotic ride, and La Toupie a breakneck moto perpetuo. Fearlessly executed, the last movement did display how Ms. Hsu (who played primo for the entire evening) and Mr. Serkin have noticeably different touches—something to be expected among any musicians, but highlighted here as in a concerto for two violins.

This difference was celebrated in Mozart’s Sonata in B-flat K.358, which conceived of the two performers as a duet rather than a four handed mutant soloist. Mozart knew that each performer had a right and a left hand, and the spacing of the counterpoint and the development of the melodies in the first movement showed this to be a performers’ piece; an expansion rather than a distillation of a great idea. The second movement, likewise a duet, was a complex co-development of a calm, prayerlike incantation in the treble over an undulating bass, threatening storm clouds at all times, until at the end all is unified peacefully.

Any four hands concert must include Schubert, who elevated the genre to an unmatched level of artistry. Serkin and Hsu chose two works, the Characteristic Allegro in A Minor D.947 and the Rondo in A Major D.951, both written near the end of his life. With these works, the concert finally arrived and the performers hit their stride; it was just a shame it took until the second half to happen. Perhaps if the Mozart were an overture to the Schubert, the Bizet as an encore and perhaps a contemporary composition thrown in, it would provide a more natural arc for the energy of the concert. 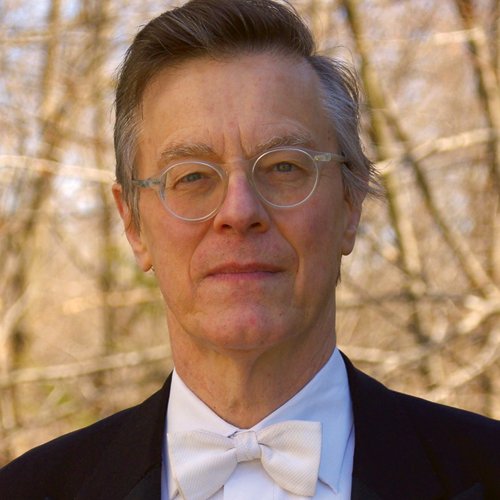 But the Schubert works were performed with vigor and grace—the stormy opening of the Allegro melded with whispy arabesques, until the storm returns with double fury. Transparent textures and muscular tuttis contrasted with delicate asides to make this work the highlight of the evening. The Rondo was likewise excellently performed, with a crisp open-air folk tune leading to a romantic take on a stile antiqua, before developing further and further, approaching transcendence, and ending a calamity well-earned.

The concluding works, including an encore, were selections from Brahms’s Hungarian Dances. Wonderful to hear in their original form, the dances did sometime evince the difficulties of coordination required between two performers usually accustomed to playing solo. This crept into some of the opening Schumann as well, but served more as a reminder of the difficulty of the pianists’ tasks rather than a detraction from the musical enjoyment. All in all, on display were many different conceptions and approaches to this seemingly unnatural form of chamber music, and the monumental talents of two great performers to bring it all to life.

Comments Off on True Artists Sharing the Bench