Under its excellent Artistic Director Ryan Turner, Emmanuel Music performed a Mozart Singspiel in concert on Saturday night at the namesake church with an extraordinary cast. Die Entführung aus dem Serail (The Abduction from the Seraglio) became an instant success when it premiered in 1782, though nowadays The Abduction is the least frequently performed of Mozart’s most famous four.  It has been accused of being “too beautiful for our ears” and of having “too many notes” (by the Emperor himself, probably apocryphally) and an excessive diversity of styles. However, this was the opera which finally made Mozart famous all over Germany, and was his most popular opera during his lifetime. Goethe famously remarked that by combining comedic and serious music so deftly, Mozart had “knocked everything else sideways.” Elizabeth A. Seitz pithily remarks in her program notes: “In The Abduction, Mozart redefined what a Singspiel was and what it could do, for here we see not just a little entertainment for an evening, but a small slice of life with all its jealousies and heartbreaks as well as joys and happiness.” The work premiered on July 16, 1782 at the Vienna Burgtheater, with Mozart conducting.

The German libretto by Christoph Friedrich Bretzner was adapted by Gottlieb Stephanie the Younger and later by American poet J.D. McClatchy; here the singing was sung in German with English dialogue (which this listener found quite jarring). The plot concerns the attempt of the hero Belmonte (sung by tenor Charles Blandy), assisted by his servant Pedrillo (tenor Jason McStoots), to rescue his beloved Konstanze (soprano Barbara Kilduff) and her maidservant Blonde (soprano Teresa Wakim) from the seraglio of Pasha Selim (a speaking role performed by the almost too charming Richard Dyer) who is mad for Konstanze, and the gardens’ nasty overseer who fancies Blonde, Osman (sung by bass Donald Wilkinson).

Turks were immensely popular in plays and operas in Europe in the 17th and 18th centuries, particularly after the siege of Vienna in 1683.Turkish instruments were introduced into military music, people dressed as Turks at masked balls and in Vienna there were at least one Türkencafe. (Gleaned from “The Metropolitan Opera Book of Mozart Operas”). Met book notes “It’s interesting to note that in the 17th and early 18th centuries, when the Turks were at war with various European countries, they were usually portrayed as villains. As their political power waned, and they became less of a threat… the public remained fascinated with Turks, but they could now be drawn more humorously…. That Stephanie gave Mozart a libretto with Turkish themes was no accident, as Mozart had already played him some music from his unfinished Turkish opera, now known as Zaïde.”

First, a word about the odd costumes/concert-wear. Belmonte enters from the front of the audience wearing a black suit, bow tie, and dark blue sunglasses. Were we to experience a Peter Sellars production? The two ladies looked fabulous, in colorful concert gowns. Pedrillo wore a rather unflattering pair of blue overalls with a white shirt and a red bandana sticking out of his back pocket, and Richard Dyer, who spoke mostly from the church lectern, donned a reddish orange vest and bow-tie with a white jacket and a colorful turban, his only nod to The Abduction not being set, say, at Tanglewood. 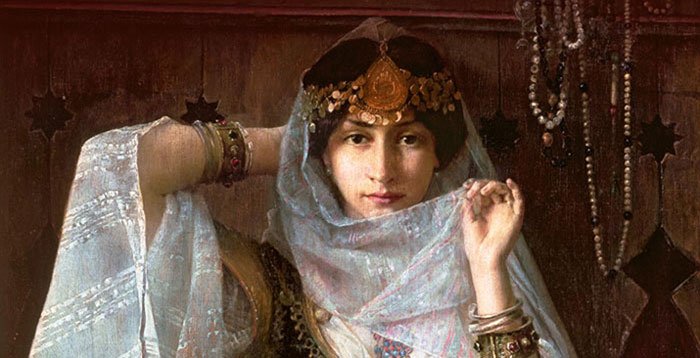 Most of the acting was passable, although having to hear such distressingly colloquial English just before hearing arias and ensembles in such elegantly polished German, quite annoyed this listener. The singing, however, was extremely fine, from the six soloists to the Janissaries’ Chorus. Charles Blandy was in lovely voice. Teresa Wakins was simply glorious as a British Blonde, a strong-willed woman who resists Osman’s advances with withering disgust. Jason McStoots does comic operatic roles frequently, and does them very well indeed. Barbara Kilduff, the evening’s admirable and accomplished Konstanze, a Spanish noblewoman, dispatched her coloratura arias with grace and beauty, especially the notoriously difficult “Martern aller Arten,” sung after the Pasha orders her to love him. But bass Donald Wilkinson’s Osmin stole the show. His vocal artistry was top-drawer, and his characterization of the emotionally rigid Osman, whom Mozart described as “stupid, surly, malicious,” was strangely haunting. Osmin’s Act 3 aria, “O, wie will ich triumphieren,” includes unusually difficult coloratura passage work, and twice goes down to a low D.

Ryan Turner led the Orchestra and Chorus of Emmanuel Music in a sublime performance from the beautifully paced overture through the many arias and ensembles. I’d see this production again in a heartbeat (well, except for the awkward spoken English).