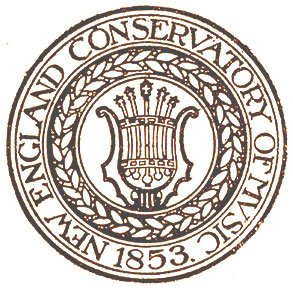 New England Conservatory hosted a ground-breaking ceremony today to celebrate the beginning of construction on its long-overdue and much-anticipated Student Life and Performance Center (SLPC), its first new building since the opening of the Spaulding Library and the dormitory at 33 Gainsborough Street in 1959. With both Boston Conservatory and the Berklee College of Music, along with Mass Art, Northeastern and Boston University, having opened impressive new buildings within the past several years, the NEC project would appear to be something of a late arrival on the Boston college campus scene.

In actual fact, however, the original impetus for the project was an architectural study, completed in 1997, that was commissioned by NEC to explore the possibilities of combining its two separate libraries: the Isabelle Firestone audio library, located below Jordan Hall, and the Josiah Spaulding Library, located on the corner of Gainsborough Street and Huntington Avenue, that contains NEC’s print collection. That study concluded that there was no place to create a combined library at NEC other than to construct a totally new building in the parking lot behind the existing dormitory on Gainsborough Street and immediately adjacent to the classroom building located at 241 St. Botolph Street, directly across from Northeastern University’s Matthews Arena.

In fact, this is precisely where the new SLPC will be located, but the project has grown from its original notion as simply a combined audio-print library into a full-replacement for the 60-year-old residence and dining hall at 33 Gainsborough Street that will provide NEC with a new student residence hall containing 250 beds, a new dining hall and kitchen, a library that combines the institution’s extensive audio archives with its print collection and three major rehearsal/performance spaces: one for large orchestra, one for a large jazz ensemble, and a 200-seat state-of-the-art opera “black-box workshop” that can be configured for traditional proscenium productions or any number of variations on the “theater-in-the- round” theme. The new building, featuring a six story residential tower atop a four-story podium that abuts the classroom building at 241 St. Botolph Street, will increase the institution’s usable space by 135,000 gross square feet and has a total project cost of $85 million. Construction on the new SLPC is anticipated to be completed in late spring of 2017, with the dedication scheduled for the opening of school in September of that year to coincide with the 150th Anniversary of New England Conservatory’s founding in 1867.

The actual demolition of the existing building at 33 Gainsborough Street will not take place until NEC has raised the funds required for the construction of a Second Phase, which will contain 60 individual practice rooms, teaching studios, classrooms and administrative offices. In the interim, the existing student bedrooms are to be retrofitted as individual practice rooms and the Spaulding Library, along with the existing dining hall and kitchen on the ground floor, will be re-purposed to bring together various institutional services that are currently dispersed across the campus.

NEC officials have emphasized that the new building is intended to replace existing outmoded facilities and offer much-needed new ones rather than to increase student enrollment. The issue of school size was addressed in NEC’s most recent Strategic Plan, which concluded that the Conservatory should concentrate on increasing the tuition discount rate for its existing undergraduate and graduate students rather than increasing the number of students who would be vying for available scholarship dollars. With an FTE of 750, New England Conservatory is currently among the largest of the nation’s private independent music schools. The Curtis Institute in Philadelphia, the Yale Graduate School of Music and the Colburn School in Los Angeles are able to offer all of their students a tuition-free education precisely because each of them has an FTE of approximately 150 students, one-fifth the size of NEC. Another compelling argument against expanding the size of the NEC student body is that every student receives individual instruction from his/her studio instructor – and every instructor is fully booked. As a result, additional students cannot be accommodated without additional faculty, effectively countering the notion that it would be in the institution’s financial interest to expand. It is not simply the physical facilities that determine the ideal student enrollment (the number of practice rooms, the number of performing spaces needed are inhibiting factors too), it is the size of the faculty.

A number of explanations have been offered for the 20 years that will have elapsed between the early sketches of 1997 and the projected completion date of September, 2017. Money, of course, was always an issue, as was the willingness of the Conservatory and its leaders to undertake a project of this magnitude and the institution’s evolving vision of itself. During Daniel Steiner’s presidency, from 2000-2006, NEC’s highest priority was, understandably, raising $115 million to endow student scholarships and faculty salaries. Not until Tony Woodcock arrived on the scene in 2008 did NEC have a president who fully grasped the urgent need to authorize an immediate $20 million expenditure on deferred maintenance of the existing physical plant and, that accomplished, to commit the required institutional resources to the construction of new facilities that would accurately reflect the Conservatory’s ascendency to the very top level of the world’s music schools.

The project team that was assembled to undertake the design and construction of this project was the result of interviews with many of the area’s leading architects and construction firms. Goody Clancy Associates was retained to develop the NEC Campus Master Plan in 2010-11. The highly competitive architect selection process ultimately led to the return engagement of Ann Beha Architects of Boston, the firm that was also responsible for the impressive renovation to Jordan Hall, NEC’s “crown jewel”, back in 1992-93, in association with the Boston office of Gensler Associates. The Construction Manager is Tishman Construction Corp. –AECOM and the Owner’s Project Manager is Colliers Meredith and Grew.

Stephen Friedlaender, FAIA, Is a Fellow of the American Institute of Architects and a founding Principal of HMFH Architects, Inc. of Cambridge, MA.  A graduate of Harvard College (A.B. 1957) and the Harvard Graduate School of Design (M.Arch. 1962), he has served on the Boards of the Boston Society of Architects and the Boston Architectural College. He is a Past President of the Harvard Musical Association and the Boston Chamber Music Society.  He  served on the New England Conservatory’s Board of Overseers from 1991-1999 and on its Board of Trustees from 2000-2013.  He was the Chair of the NEC Board of Trustees from 2008-13 and continues as a Life Trustee and Member of the NEC Facilities Committee.

Comments Off on Student Life Recentered at NEC