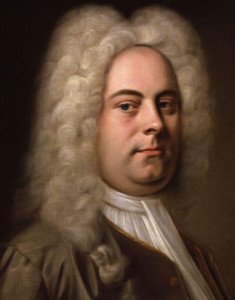 Harvard University’s Memorial Church will resound with a rarely heard opera as part of the university-wide ARTS FIRST festival. On May 1, 2015 at 7:30 pm, the Harvard University Choir and the Harvard Baroque Chamber Orchestra, under the direction of Gund University Organist and Choirmaster Edward Elwyn Jones, will present Handel’s rarely heard dramatic oratorio Athalia at the university’s Memorial Church. Free and open to the public, it features an a cast led by soprano Dominique Labelle in the title role, along with soprano Amanda Forsythe, tenor William Hite, bass Mark Risinger, countertenor Eric Jurenas, and treble Gabriel Haddad.

Christopher Hogwood conducted the Handel and Haydn Society forces in the most recent Boston performance in 1987; Richard Dyer had much to say about the instrumentalists, but, “All but one of the cast, on the other hand, minced around on tippy-toes, singing with constrained techniques and pallid enunciation.”

Of Boston Cecilia Society’s Athahalia under Don Teeters in 1982, the Boston Globe said, “D’Anna Fortunato took the title role and filled it with a raging splendor of tone. Jeffrey Gall and Nancy Armstrong were excelling as the High Priest and Josabeth, Gall singing with his usual intense dramatic involvement and Armstrong singing with vernal freshness and surpassing sweetness (and what wonderful enunciation she has). James Maddalena found some of the military Abner’s music a little low, but he sang with an incisive vigor; Ray De Voll made a wonderfully slimy apostate priest.)

Castle Hill gave a pair of performances in 1977 with singers Frank Hoffmeister and Jane Bryden, and we got experts on the Esplande in 1949.

Athalia was Handel’s third oratorio in English and was composed and premiered in 1733 in Oxford, England to an audience of nearly 4000. The work uses a libretto by Samuel Humphreys based on the French play by Jean Racine.

The story of Athalia is told in the Bible and the writings of Josephus. Athalia, daughter of King Ahab and Queen Jezebel of Israel, was married to Jehoram, King of Judah. Following her husband’s death, she resolves to have the entire line of King David murdered so as to eliminate all possible heirs to the throne. She places herself on the throne to devote the country to the worship of the pagan god Baal. The rightful heir to the throne (saved as an infant by the high priest Joad) has been raised in secret. Over the course of the oratorio, Athalia’s downfall becomes manifest, the rightful king is returned to the throne, and the country returns to the worship of the “rightful King and true God.”

According to Jones, the immensely successful work shows Handel exploring and expanding his oratorio vocabulary in groundbreaking ways, particularly in the manner that solos and choruses are combined to amplify the drama. Handel scholar Anthony Hicks states that Athalia is the moment where Handel “moved decisively towards the conception of the oratorio as an original and all-encompassing musical genre.”

Comments Off on Handel’s Athalia To Play Mem Church