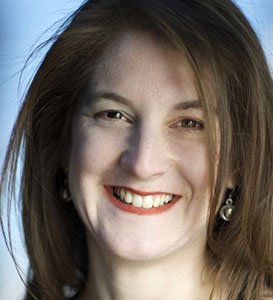 This Friday through Sunday, April 10-12, the Rivers School Conservatory will present in seminar form the music of Lisa Bielawa, commissioned composer of their 37th Annual Seminar on Contemporary Music for the Young. The final event, Sunday at 5pm, features the premiere of Hypermelodia, for big band, chamber orchestra, piano, double-bass, and two percussionists.

Four other Bielawa works will be performed over the weekend: Scene & Aria: Layover in CDG; The Trojan Women; Midtown Passacaglia; and Synopsis #13: Thy Sting Is Not So Sharp. Each seminar concert is approximately one hour. Before the Sunday finale, a reception for Bielawa will be held at the Campus center (see schedule at end).

Of Hypermelodia Bielawa says, “While writers have, for centuries, experimented with narrative time, the age of the hypertext—the link within a text that takes one to another text, interrelated to still other texts—has brought us into a robust new world of narrative plurality and enmeshment, in which hypertext fiction writers can explore the mathematical boundaries of interrelated stories. Hypermelodia has at its core just such a deeper pool of potential stories, but instead of a reader clicking on hypertexts to be transported to other narratives, it is a small team of soloists who decide what ‘links’ to send the listener to at various moments in the piece, which are then played by a big band and an orchestra. Every performance tells a different story!”

Composer-vocalist Bielawa is a 2009 Rome Prize winner in composition. She takes inspiration for her work both from literary sources and from close artistic collaborations. Gramophone reports, “Bielawa is gaining gale force as a composer, churning out impeccably groomed works that at once evoke the layered precision of Vermeer and the conscious recklessness of Jackson Pollock,” the New York Times described her music as “ruminative, pointillistic and harmonically slightly tart,” and the New Yorker noted that “the formal sophistication and lyrical richness of Bielawa’s music go deep.”

Born in San Francisco into a musical family, Lisa Bielawa played violin and piano, sang, and wrote music from early childhood. Two weeks after receiving her degree in literature in 1990 from Yale, she moved to New York and became an active participant in its musical life. She toured with the Philip Glass Ensemble and has also premiered and toured works by John Zorn, Anthony Braxton, and Michael Gordon. In 1997 she co-founded the MATA Festival, which celebrates the work of young composers. Bielawa was appointed Artistic Director of the acclaimed San Francisco Girls Chorus in 2013 and is artist-in-residence at Grand Central Art Center in Santa Ana California.

Bielawa’s music is performed worldwide. Recent highlights include a Radio France commission for Ensemble Variances, a work that was performed in Paris, Rouen, and Metz as part of a program called Cri Selon Cri (Cry by Cry), which explores the fact that the cry is a primary sound of animals and humans around world. Bielawa also composed a piece for the 50-member Finnish male choir Akademiska Sångföreningen on a text from Shakespeare’s Antony and Cleopatra. Both works featured Bielawa as vocal soloist. Other recent works include world premieres of Rondolette by the string quartet Brooklyn Rider and pianist Bruce Levingston; Double Duet by the Washington Saxophone Quartet (subsequent performances by the Prism Saxophone Quartet); Graffiti dell’amante with the Chicago Chamber Musicians in Chicago and with Brooklyn Rider in New York, Harrisburg, and Rome; The Project of Collecting Clouds at Town Hall in Seattle by cellist Joshua Roman and chamber ensemble; Double Violin Concerto and In medias res by the Boston Modern Orchestra Project; The Right Weather by American Composers Orchestra and pianist Andrew Armstrong at Carnegie Hall; and The Lay of the Love and Death at Lincoln Center’s Alice Tully Hall.

Bielawa’s Chance Encounter comprises songs and arias constructed of speech overheard in transient public spaces, and was premiered by soprano Susan Narucki and the Knights in Lower Manhattan’s Seward Park. A project of Creative Capital, the work has since been performed at the Whitney Museum of American Art in New York, in Vancouver, Venice, and in Rome on the banks of the Tiber in partnership with urban placemaker Robert Hammond, a founder of the High Line in New York. Bielawa’s latest effort for performance in public places is Airfield Broadcasts, a massive 60-minute work for hundreds of musicians that premiered in 2013 on the tarmac of the former Tempelhof Airport in Berlin and was also performed at Crissy Field in San Francisco. Bielawa turns these former airfields into vast musical canvases as professional, amateur and student musicians execute a spatial symphony.

Bielawa is currently at work on Vireo: The Spiritual Biography of a Witch’s Accuser, an opera on a libretto by Erik Ehn and directed by Charles Otte, which is being created expressly for episodic release via broadcast and online media through partnership with KCETLink, the national independent nonprofit digital and broadcast network. The multimedia initiative will include online articles and videos showcasing the production’s creative process, as well as a television special presented by Artbound, KCETLink’s arts and culture series. Vireo is an artist residency project of Grand Central Art Center (GCAC) in Santa Ana, an outgrowth of Cal State – Fullerton. Future Vireo episodes will be taped at venues throughout the country with a variety of presenting partners and performers.

Bielawa has had recordings of many of the above works, and others.

All at Rivera Recital Hall in Bradley Hall, each approximately one hour.

At the Campus Center

Comments Off on Composer Bielawa at Rivers School