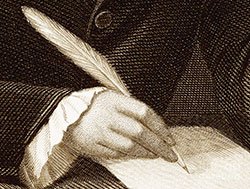 As part of its Sanders Theater program (complete information below) on Sunday, April 19th, Boston Chamber Music Society will be premiering Street Antiphons by Pierre Jalbert, the second new score from the BCMS Commissioning Club in as many seasons. BCMS succeeded through the unconventional approach of asking many small contributors to pledge $300 over three years. Pierre Jalbert, who was selected by the BCMS Member Musicians, is the recipient of many awards and honors, most recently from the Chamber Music Society of Lincoln Center, the Stoeger Award, given “in recognition of significant contributions to the chamber music repertory.”

He is, as well, a recipient of the Rome Prize and a 2010 award from the American Academy of Arts and Letters. Jalbert has written for the Borromeo, Chiara and Emerson quartets, Music from Copland House, and the Arizona Friends of Chamber Music. BCMS pianist Mihae Lee has spoken of how impressed she was, on hearing the premiere of his Piano Quartet in 2013 in Tucson with “his understanding of instruments, particularly…the variety of sounds he produced with different instruments; the brilliant rhythmic energy that keeps the listener on the edge; his refined craftsmanship; and the dramatic landscape one feels listening to the composition.”

Marcus Thompson: We are very much looking forward to your work. I have seen several reviews that speak of your inspiration, vitality and superb mastery of chamber music. I note also that your background includes strong influences from French and English folk songs as well as Catholic liturgical music. The piece you have written for us has a suggestive liturgical title. What can you tell us about it?

Pierre Jalbert: Thanks so much, it’s a pleasure to work with these amazing musicians. Street Antiphons, attempts to present and contrast secular and sacred music. Having said that, this is very much my own take on these two contrasting types of music within my own style of writing. The title of the piece comes from combining the idea of music of the street and music of sacred chant—the third movement is a theme and variations based on a Gregorian chant antiphon. The “secular” music (music of the street) comes in the form of rhythmically driving sections, while the “sacred” music is often lyrical and suspended.

The first movement is set up by each instrument entering and adding to a very syncopated groove (with many mixed meter changes). After a clarinet and violin canon-like duo over the rhythmic accompaniment of pizzicato cello and piano, the initial process reverses itself and the instruments exit one by one. The second movement really contains two movements in one – it begins as a lyrical and ethereal slow movement, with the use of many string harmonics, but gradually transitions into a rapid scherzo-like movement, with the use of the bass clarinet. The final movement is a set of variations – the theme is a Gregorian chant entitled “O Antiphon”. The variations become more and more animated and after the final, extremely disjunct variation, there is a reprise of music from the first movement, only to dissipate and once again recall the more “sacred” music from the piece.

We are, too! Can you describe what it has been like for you to hear a new piece of yours for the first time? Historically speaking, listeners have usually related new pieces to older works by the same composer or school of composers. Does this new work represent another step in your search?

For me, hearing a piece at a premiere can be simultaneously exhilarating, nerve-wracking, exciting, with many more emotions. If I’ve done my job well, the piece will sound mostly as I expect, but it’s always interesting to work on the piece with performers as they are getting accustomed to the new work. Unlike pieces from the classical repertoire, there’s no performance history to draw on, so it’s a wonderful process of discovery for all of us. One usually knows from the rehearsals how the performance will turn out, but one is never quite sure with live performance – anything can happen – that’s what makes live performance so exciting. This piece certainly treads some new ground for me, especially the variation form in the last movement, and I always learn something new from each new work.

Have you ever been surprised by the actual realization of something that had been conceptual?

There are always a few surprises, something that may not work as well as you’d expected, or something that worked better than expected. Sometimes, a performer may have a suggestion that may lead to a slightly different interpretation that works really well. I love it when that happens since that’s part of the process of the performers making the music their own – taking ownership and giving a committed performance, which really comes through to an audience.

The biggest surprises I’ve had are performances with orchestras. I’ve had pieces where a premiere occurred and I thought to myself, “that wasn’t such a good piece”, and then it would be played by a top-notch orchestra and it worked incredibly well. As a composer, it’s sometimes tricky to figure out if it’s your fault, or perhaps lack of rehearsal time, etc. But as a composer, I know we always take the blame no matter what happens. But I wouldn’t trade the process for anything. There’s nothing quite like hearing your work performed for the first time.

The ensemble that we agreed on is the same one used by Oliver Messiaen for his Quartet for the End of Time. That work is also based on evocation of religious feeling. Did such an important precursor pose any challenges for you?

Anyone who writes for this ensemble is going to have that work as a “grandfather”. But one learns from it and tries to find one’s own voice in writing for the ensemble. I’ve been fortunate to have written many pieces using these instruments in different configurations (solos, duos, trios, etc.) so I felt comfortable approaching this work. Both of my sons are clarinetists, my younger son also plays viola, and my wife and I are pianists, so I hear these kinds of instruments every day.

Our players will be Harumi Rhodes, violin; Romie de Guise-Langlois, clarinet; Clancy Newman, cello; and Mihae Lee, piano. On behalf of our Member Musicians and BCMS Commissioning Club I want to thank you for allowing us some insight into your process of writing a new work. Street Antiphons will take its place among the new masterpieces of our time and we’ll be excited to hear it come to life.

A full listing of Pierre Jalbert’s works, and sound samples can be found here.

Comments Off on Street Antiphons Commissioned by Club