Richard Pittman led the combined forces of the New England Philharmonic, Boston’s storied Chorus pro Musica, and the relatively new, but flourishing, Boston Children’s Chorus in a light and lyrical concert full of masterworks on Sunday at Kresge Auditorium.

An orchestra concerned equally with innovation and tradition, the Philharmonic kicked off the event with remarks from MIT professor John Harbison on his 2004 “overture for an opera I didn’t write,” with themes depicting “a professor and a second, lighter theme representing a knowing but dangerous young girl.” The six-minute work developed from piquant harmonies and a gradually expanding form built from remote pairings of winds (think piccolo and low bassoon). Harbison (both in his notes and his remarks) described how the name of the project (Darkbloom: Overture for an Imagined Opera, 2004) referenced “a famous and infamous American novel”: he meant Vladimir Nabokov’s character from Lolita and Ada, a figure named Vivian Darkbloom (an anagram for the author’s name), who some scholars interpret as a way for the author to make a cameo in his own fiction.

Lyrical melodies were fragmented and passed from soloist to soloist, with one “pass” from principal strings Danielle Madden, Jamie Doyle, and Jason Coleman evoking Tchaikovsky’s demanding orchestral tricks. Evocative wind solos were supported accompanied by wood and metal sounds (woodblocks, xylophone, and flexatone) and swirled into “a kind of breakdown […] ending in a spring scene in which the heroine is playing tennis, watched by the professor.” You could hear the ball being passed back and forth, and this dominant motive reminded me of Debussy’s wonderful Bloomsbury tennis ballet Jeux, which just celebrated its centenary with a reconstruction of Nijinsky’s original choreography.

The New England Philharmonic recently received its 9th ASCAP award for Adventurous Programming, and its final concert of the season (Odysseys, May 2, 2015, at the Tsai Performance Center) will continue this work with a new score from Matthew Browne, a commission from Boston Conservatory Professor Andy Vores, and Gunther Schuller’s Meditation (Schuller served on the orchestra’s board for many years and was recently named its Composer Laureate).

The first half of the performance continued with a muddy reading of the full orchestral version of Aaron Copland’s Appalachian Spring, saved by the virtuosic solo work of principal flute Michael Horowitz. His control, gorgeous use of vibrato, and rich tone resuscitated the multi-part ballet score, and the ensemble work improved throughout the second and third sections (especially in those parts danced in Martha Graham’s original choreography by Erick Hawkins and Merce Cunningham). Pittman has conducted for the Erick Hawkins Dance Company and the Dutch National Ballet, and moved efficiently through the score with a minimum of rubato.

Kresge Auditorium was not the best hall for this (more often chamber-sized) score, as the piano and brass often crushed the delicate string sonorities, despite placement behind them, and many wind choir sections had intonation and balance problems (at least partly attributable to the acoustic). I chose to sit far to the right side of the audience (near the guest chorus), and fairly far up in the raked seats, so I would encourage future listeners to choose more central, and more forward places to take best advantage of the hall. 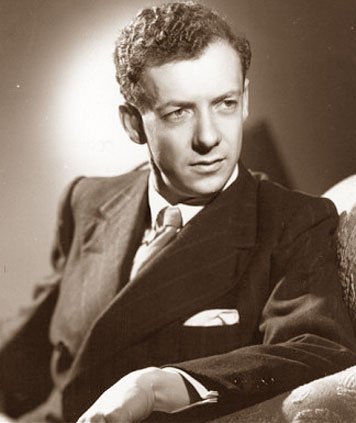 The highlight of the evening came after intermission, with Benjamin Britten’s Spring Symphony, a four-movement British song cycle with roots in the Berkshires. It is scored for soprano, alto, and tenor soloists, mixed chorus, treble chorus, and an orchestra consisting of at least three to four of everything (including alto flute, double bassoon, two harps, and authentic cow horn). The vocal soloists were pushed up to the very edge of the stage, due to the massive performing forces, which made ensemble balance and coordination with the conductor difficult, but their preparation and gentle, recital-like presentations of the highly diverse English poetry helped to create a more intimate reading of the work.

The Spring Symphony was the result of Britten’s second Boston commission (after Peter Grimes), and it has polarized critics of his music due to its massive classical design, imbued with English poetic masterpieces. Britten spent most of 1939-1941 in the United States (based in Los Angeles, followed by a shorter stint in New York City) with his companion Peter Pears and close friend, the poet W. H. Auden. Many of his works of this period explore “the beauty, and therefore the danger, that existed in any relationship between human beings,” according to Pears, for whom the tenor part in this work was written.

The commissioning agreement allowed the premiere to take place at the 1949 Holland Festival, featuring the magnificent singers Jo Vincent, Kathleen Ferrier, and Peter Pears with the Concertgebouw Orchestra on July 14th. A recording of that performance was not issued until 1994 (by Decca). Soloists Sarah Pelletier, Krista River, and Ray Bauwens closely matched those famous original voices, with humorous and well-balanced birdcalls (in three variations for vocal trio) and notable fireworks from Bauwens during his demanding scherzos to Renaissance English verse (“When Will My May Come?” from Part III and “The Merry Cuckoo” in Part I).

The American premiere of the Spring Symphony took place at Tanglewood under Koussevitzky’s direction in August 1949. Britten’s choices of poetry were perfect for the Berkshires in summer, with verses depicting “picnics in the sun,” “a summer night,” evening showers, and lying “out on the lawn.” Britten described his achievement as “a symphony not only dealing with the Spring itself, but with the progress of Winter to Spring and the reawakening of the earth and life.” Pittman’s choice to feature it at this time of year brought us successfully from Harbison’s dark music through Copland’s pioneer suite (“You can’t think of a piece that is more American than Appalachian Spring.” —Pittman) to Britten’s sunny pastoral scenes.

Britten had already shown a fondness for crafting works that anthologized British poetry. His Ceremony of Carols (1942) set ten English medieval and renaissance carols; most of the poetry for his Spring Symphony is drawn from the turn of the seventeenth century. However, Britten concludes three of the four movements with more contemporary authors. These notable additions include William Blake’s pastoral “Sound the Flute,” with fine, robust interludes (ending Part III) from the Boston Children’s Chorus (Anthony Trecek-King, director) and a final scene by the great Jacobean literary partnership of English Restoration drama, Francis Beaumont and John Fletcher (the main time all of the massed forces were heard together).

Following the opening hollow sounds of percussion (the dead of winter), the Chorus pro Musica (prepared by its director, Jamie Kirsch) pleaded with the long absent sun to “shine out.” Muted strings in tritones, followed by winds and trilling strings (the beginnings of a spring thaw), evoked the first stirrings of life beneath the ice while the chorus intoned, “The grey wolf howls he does so bite; Crookt Age on three knees creeps the street.” The Boston Children’s Chorus heralded the arrival of spring with treble voices singing (and whistling!) “Strawberries swimming in the cream and schoolboys playing in stream.” While all singers held scores during the performance, they maneuvered through Britten’s challenging mixed meters with good connection to Pittman, their voices sailing over the orchestra in excellent rhythmic unison.

Part II featured mezzo soprano Krista River in a beautifully lyrical legato movement (Herrick’s “Welcome Maids of Honour”) accompanied by the delicate playing of principal harp Molly McCaffrey and a harp-like, almost pixelated orchestration by Britten. The third, more poignant night scene overlaid wordless mixed chorus onto a stark poem by Britten’s contemporary W. H. Auden: a blissfully peaceful scene, interrupted by a reminder of those things we “do not care to know,” of the atrocities in 1940s Poland, and of the terrible price others pay to allow “Our freedom in this English house, Our picnics in the sun.”

This chilling reminder of faraway war-torn worlds was purposeful and haunting, but brief. Britten had been a lifelong pacifist since preparatory school, a direct result of the influence of his composition teacher, Frank Bridge, and his successful exemption from military training while a teenager. During the composition of the Spring Symphony, Britten was granted Conscientious Objector status in order to remain in wartime Britain, and conducted Vaughan Williams’s moving Dona nobis pacem in benefit concerts.

For a raucous, spirited conclusion, Britten adapted the address of the Maylord from Beaumont and Fletcher’s The Knight of the Burning Pestle for the Finale, introduced comically by an English cow horn (played with aplomb by principal trombone Steven Vlad). The Chorus pro Musica shone in this bubbling, climactic section, echoing the excellent diction and flexible expression found in all of their homophonic music. When the treble voices arrived at the (3/4) party, singing the (2/4) medieval English song “Sumer is icumen in,” Britten allowed the work to reach the brightest of keys, and concluded with a cinematographic touch. Bauwens’s Maylord offered a final benediction, followed by a huge and satisfying C major chord.

Laura Stanfield Prichard is an active choral conductor and singer in the Boston area. She teaches music and art history in Northeastern’s College of Art, Media & Design