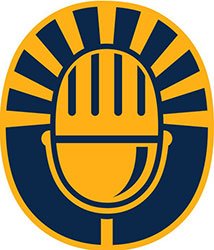 From the Top’s recent achievement of its 300th installment helps disprove the commonplaces about aging audiences. The show’s featured players are as young as 10, the audiences are filled with happy families, and host Christopher O’Riley, as experienced as he is in both age and musical artistry, maintains an exuberance at least the match of any of his charges. Although your correspondent has been following the show on the wireless since its inception in 2000, this is his first time as groupie.

The full house in a colorfully illuminated Jordan Hall on Saturday night was entirely onboard for the warmup, consisting of a quiz, giveaway T-shirts, magic tricks and “Where are they now?” sagas. We learned that the parking lot at the Austin Days Inn where a touring From the Top company stayed was chalked out as a crime scene, and that the tuba player on the 75th show is now first chair in a major orchestra. We could see that this presentation does indeed change the way classical music is experienced and marketed: not only does the organization present music as media sport a la American Idol, but in the background, through grants and leadership, it encourages participants to reach out to the underserved.

From the Top makes great almost live radio,  simultaneously suggesting the inimitable Karl Hass along with Bob and Ray. For broadcast listeners, shows start with the arrival of the star. The scripted and prerecorded interviews integrated seamlessly with those that were part of the live show. Jokes were made about how lines might need to be repeated to allow for patching in the broadcast master. At this taping we felt like insiders.

Then five kids began to parade in, both to play and to convey essential somethings about their personalities and outlooks. All projected insouciance, but all also impressed with determination. If learning Chopin’s dozen Opus 25 Etudes rechanneled one pianist from depression and self-harm, another player let us know that playing trumpet instead of sax would probably set him on a path different from his brother’s, which led to jail. Others came from musical dynasties.

Eleven-year-old Somervillian Henry Ayanna dispatched de Falla’s Danse Espagnole with simultaneous poise and abandon. The Merit School of Music Brass Trio from Chicago (Ricardo Zapata trumpet, David Sweeney horn, and Adriel Garcia trombone) presented Two Pastiches of Walther Hartely with brilliantly graduated dynamics, fleetness, and whimsy. Double-bassist Christopher Laven from Wayland gave a soulful and room-filling account of Kossevitzky’s Chanson Triste. Pianist Anna Larsen not only stunned us with her chops in Chopin Etudes 6 and 12 but also essayed an impressive composition of her own in a reflective and nostalgic Mendelssohnian vein. O’Riley was fully invested in the moving introduction to the Andante of Rachmaninoff’s Sonata for Cello and Piano before cellist Andrew Byun from Boston entered with rapturous effusion. Byun closed the show with stellar confidence deployed in Gaspar Cassadó’s Suite for Solo Cello.

Partnering in three pieces with discretion and refinement, O’Riley was as always the perfect host. The Jordan Hall crowd, unlike the future radio audience, got to hear him essay the Brahms Intermezzo Op. 117 No. 2 during station break. It’s satisfying to report that he’s lost none of his touch: I well remember a 1982 monster program in a Charlestown home where after asking if the piano were strong, he opened with Three Scenes from Petrouchka; in what followed, Scriabin’s Sonata No. 5, four Études-Tableaux of Rachmaninoff, and the Prokofiev Sonata No. 8, there was no letup.

As its offerings are so essential and so effective, we wish that From the Top will long endure.