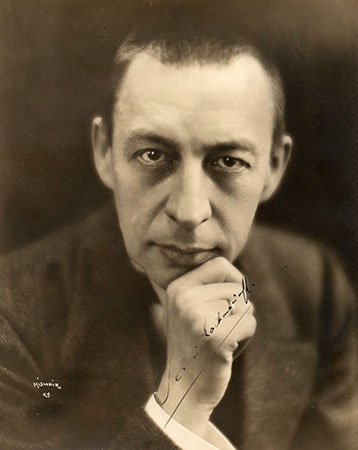 Under music director and conductor David Hoose, the Cantata Singers performed an impeccably nuanced, deeply stirring account of Sergei Rachmaninoff’s All-Night Vigil, Op. 37 on January 24th at St. Paul Church, Cambridge, and January 31st at Houghton Chapel in Wellesley. I heard the latter, which was part of the Concert Series at Wellesley College. Possessing some of the greatest bass section writing a concert-goer could ever hear, the Vigil is somewhat rare to local stages, though BMInt reviewed two performances in 2012: Coro Allegro’s here, and Harvard-Radcliffe Collegium Musicum’s here.

Written in two weeks in early 1915, when the composer was 41 (he had already established himself as a concert pianist, conductor, and composer of two symphonies, three operas, and numerous piano pieces and songs), the Vespers, as it is also known, was an overnight success in wartime Russia, its premiere serving as a benefit for war victims. It was quickly followed by four more performances. But, when the Bolshevik Revolution brought a Communist regime into power, the piece, along with other Orthodox music, was banned, and languished until Communism collapsed in 1991.

Like Tchaikovsky, Rachmaninoff (not a church-goer) wrote two major sacred works—his setting of the Vesper service and of the Liturgy of St. John Chrysostom, the basic services of the Russian Orthodox Church. He had studied ancient chant under Stepan Smolensky, to whom he dedicated this piece.  Rachmaninoff set the twelve traditional parts of the vigil to music, adding three movements of his own (Nos. 12, 13, and 14) in which he admitted to have created “in a conscious counterfeit of the ritual.” The Vigil includes three styles of chant: znamenny, a more recitational Greek style and a Kiev style from the 16th and 17th centuries. In his youth, he had heard the wild ringing of church bells near Novgorod with his grandmother, and would incorporate these sounds into both The Bells (a setting of the Edgar Allan Poe poem) and All-Night Vigil.

The mesmerising effect of this hour of solemn, mostly slow, a capella singing was astonishing. Though pitches were provided at each section-break, the intonation was exemplary. The free rhythmic structure, without conventional bar lines and meter, combined hypnotically with astonishingly profound notes, such as the B-flat below the staff, for the basses. Houghton Chapel seemed perfect; it was so chilly (many sat in their coats) one could imagine, especially hearing the excellent Old Church Slavonic articulation, that one was in Russia. Written 100 years ago during the golden age of Russian choral music using texts from the Russian Orthodox liturgy, its title literally means “The all-night staying awake.” It was certainly a staying-awake experience for the singers who often were divided into 11 parts. Extra attentiveness seemed necessary, and it paid off. This was riveting choral singing.

Two commanding soloists from within the chorus are worth watching: alto Kim Leeds and tenor Stephen Williams. Rachmaninoff frequently divides the chorus into a number of independent layers, with quasi-orchestral tune and accompaniment relationships, and jaw-dropping excursions into the amazing, lowest extremities of the bass voices. A spirit of calm and quiet pervades the piece, but Hoose wisely made the most of the shifts in the often-dramatic dynamics. The cumulative effect was spellbinding.

The fifth section, the  Russian Slavonic setting of the Nunc dimittis, with the opening words and title, “Nïne otpushchayeshi,” was Rachmaninoff’s favorite, and he wanted it sung at his funeral. Alas, by then he was in exile, where true Russian basses, “as rare as asparagus at Christmas!,” were unavailable. Reinforced by no ringers, Cantata Singers’ profundists, whose number includes the Intelligencer’s James Liu, covered themselves in glory and made this performance truly extraordinary.