Ashmont Hill Chamber Music offered a curious crossroads of old and new. Sunday’s opening concert of its 2015 season inaugurated the freshly renovated Peabody Hall at All Saints’ Church, Ashmont, and marked the 30th anniversary of the chamber music series, and the 25th anniversary of a Boston institution, the Borromeo String Quartet. The Borromeos played with youthful zest and enthusiasm, and brought fresh insights to established chestnuts like Beethoven’s String Quartet in B-flat Major, Op. 130 (with the original finale, known as the Great Fugue Op. 133) and Schubert’s String Quartet in G Major, D. 887.

As the ensembles-in-residence at the New England Conservatory and the Gardner Museum, the foursome performs frequently in the Boston area. (You can see BMInt reviews of their Beethoven performances here and their Schubert here). So it almost goes without saying that first violinist Nicholas Kitchen plays with the attention to detail that befits the son of a mathematician. Kitchen attacks virtuosic violin lines with stylish fearlessness, but tastefully cedes the limelight and accompanies equally gracefully when one of his partners has the tune. He has the intellect and concentration to hold together large-scale structures (a magisterial performance of the complete Bach Sonatas and Partitas for Solo Violin was reviewed here).

Second violinist Kristopher Tong is known for his ability to pick up a line seamlessly where Kitchen leaves off, to lead the ensemble capably on his own, and to serve as the ideal chamber partner and collaborator. Mai Motobuchi can be counted on to dig into juicy viola lines with spirit and verve, play with solid intonation and beautifully shaped lines, while watching her colleagues with hawk-like intensity. And Yeesun Kim is the backbone of the quartet, laying down big-boned cello lines with rock-solid intonation and a steely tone that brings out all the overtones being played by the violins and viola above her.

The group is known for blending old and new, using Macbook Pro laptops (more on this here) to display painstakingly researched composers’ manuscripts in full score, so that they can see how their parts fit into a greater whole. They work to scrupulously observe every last marking in the score, playing every stark dynamic change, every repeated articulation, and focusing on details which are sometimes lost in the transition from manuscript to publication and performance.

So why attend another Borromeo performance of Beethoven’s Op. 130/133 and Schubert’s D. 887? The group does not Beethoven’s antepenultimate work as a dead monument. Instead, they deploy their formidable skills to evoke the composer’s efforts to create a new style and summon sounds he could only hear in his own mind. The great sonata-allegro first movement begins with the quartet playing in unison, with one voice and one breath, and the rests feeling pregnant with possibility. The unison theme evolves increasing contrapuntal complexity, with fusillades of fiercely articulated sixteenth-note scales played alongside slower accompanying figures. Musical lines that move from one instrument to another in mid-phrase were handed off seamlessly, while each individual shifted rapidly back and forth between tune and accompaniment; Kim managed this particularly brilliantly in one schizoid cello line at the start of the development. The second movement Scherzo had thrilling speed and danceable rhythmic drive. There was quirky Beethovenian humor just before the reprise of the first section, where Kitchen turned a chromatic descending first violin line into a drunken stumble before taking off again at fiercely disciplined light speed. The third movement showed off the Borromeos’ lyrical phrasing and pizzicato technique. The “Danza tedesca” of the fourth movement had a charming 3/8 lilt, with a lovely give and take between Kitchen and Kim. And the fifth movement Cavatina, one of Beethoven’s glorious slow movements, was taken at a brisker clip than usual, which allowed the listener to hear the structure and the interchange of parts more easily, and showed off some glowingly hushed soft dynamics.

But the glory of the afternoon was the sixth, final movement. Beethoven first concluded this work with a colossal multi-section fugue. It was so big, so unruly, so chromatic, so strange, that it was panned in its time and the publisher rejected it, asking for a more accessible finale. Beethoven, who typically scoffed when others complained about the difficulty or scope of his music, complied with surprisingly little fight and the Op. 130 was published with a shorter, simpler finale. The Borromeos prefer to play Beethoven’s Op. 130 with the original “Great Fugue” finale, presumably because they relish the challenge of music with this kind of grand, thorny complexity. They tore into its abrupt shifts of mood, tempo and dynamic with the same gusto and passion that they apply to Bartók. With judicious layering of dynamics and articulation, they laid bare the workings of Beethoven’s counterpoint with stunning clarity, and with echoes of tempo and phrasing, they showed how motifs in the Fugue relate to material from the preceding five movements. They negotiated Beethoven’s tempo shifts with a common unifying pulse, and knitted back into a homophonic conclusion with an exhilarating flourish.

I had thought it was strange to open with this hour-long masterwork, but the Borromeo Quartet emerged from intermission with a new and different sound for Franz Schubert’s final completed string quartet. The enormous sonata form first movement has always struck me as a preparatory study for orchestral writing, with much of the accompanying parts written as full measures of repeated thirty-second-notes. In many performances, this comes off as unending streams of tremolos, reminiscent of Schubert’s Great C-Major Symphony. But the Borromeo Quartet plays with such rhythmic fastidiousness that you can make out three instruments playing fast triplets with breathtaking clarity. And where the Emerson Quartet’s recording of this quartet can sound corporate and faux-orchestral, the Borromeos aren’t afraid to play with multiple layers of dynamic shading, offering chamber music intimacy alongside the bigger, louder public statements. The slow movement gives the main tune to the cello part, which Yeesun Kim played with sumptuous, soulful tone. The third movement scherzo had more fluid, fierce shifts of dynamics and crisp rat-a-tat repeat note playing while its trio offered more gorgeous cello melody over a squeezebox-like upper string accompaniment. The finale opens with multiple abrupt sforzando accents followed by dramatically softer piano playing, and the Borromeo made the movement sound fresh by observing each and every sforzando/piano contrast with scrupulous attention to detail. They showed sharp contrasts of dynamic and speed, and brought the work to a sonorous close with colossal chords, each player playing three or four notes at the same time to make the chord bigger and more complex. It was a stunning performance, a terrific finale to a staggering program, and earned a well-deserved standing ovation. 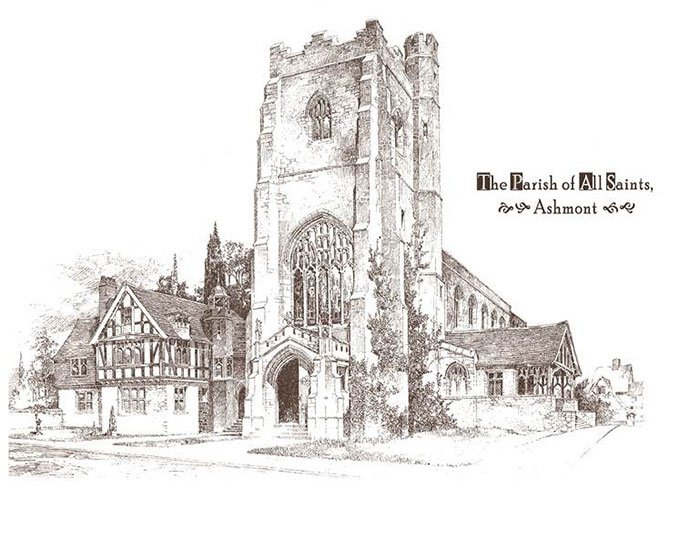 A word about the venue. Ashmont Hill Chamber Music frequently performs at Peabody Hall in Ashmont’s Parish of All Saints. Its programming has been irregular while the hall was being renovated as part of a major restoration of Ralph Adams Cram’s first church (1892), but this year’s inaugural program was worth the wait. With its high arched wood ceilings, the auditorium resembles countless parish halls in churches throughout greater Boston, and as refurbished (according to parish organist Andrew Seranian, the cleaning and refinishing made subtle but noticeable improvements), the hall has ravishingly beautiful acoustics. It was a treat to be in such an intimate surroundings with the Borromeo Quartet, while luxuriating in the closing chords of the Beethoven Cavatina and the Schubert finale, ringing with lush overtones. Given the location within a stone’s throw of a Red Line stop, reasonably easy parking, and great acoustics, Peabody Hall and Ashmont Hill Chamber Music deserve repeat visits.

You’ll get your next chance to hear Ashmont Hill Chamber Music on Saturday, April 25th with a program of baroque music featuring violinist Robert Mealy and harpsichordist Avi Stein; details are here. The Borromeo Quartet returns to Boston on Sunday, March 29th with Shostakovich’s Quartet #8 and Tchaikovsky’s Quartet #2 at Calderwood Hall at the Isabella Stewart Gardner Museum; details here.

Comments Off on Borromeos: Old Made New in Dorchester