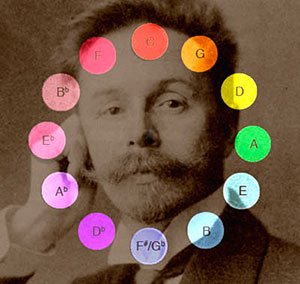 In “Toward the Flame,” NEC piano majors will perform Alexander Scriabin’s entire output for solo piano—preludes, etudes, “poems,” and sonatas—in chronological order in six concerts at Williams Hall (8 pm January 27, February 11, 17, 26, March 4 and 12), and on January 29 at 8 pm in Jordan Hall, the students will play the 10 Sonatas. Free and open to the public, the event, according to NEC piano department chair and organizer Bruce Brubaker, is certain to induce ecstasy. BMInt therefore recently attempted interrogation.

Quite a few. We had most of Messiaen’s piano music in 2008, all of Haydn’s piano sonatas in 2009. There was a year focused on Cage, and one season brought multiple concerts of music by Liszt. The extremely strong concentration of young pianists at New England Conservatory make it one of the few places where these projects can happen. In a professional setting, it would be very difficult. Few other schools have a large enough group of such excellent players. There’s going to be a lot of Scriabin activity around the world during 2015; I believe NEC is the only place where all the piano music will be played.

Music exists in so many ways and functions so variously. To me, it’s clear that in classical music we have been too focused on a very few pieces by a very few distinguished European men. Yet the possible repertory is vast. Even within music written by a celebrated composer like Scriabin, so many pieces are seldom played. Why? Many of the least-known are especially wonderful. These projects allow our students and our audiences to participate in exploring vast repertoires that have become easier to access as the world standard of piano playing has risen.

Are you leaving out the boring stuff?

There is no boring stuff! And we are not leaving out anything.

How do you assign the pieces to particular students?

It is the individual piano teacher of each student who takes the responsibility for matching. We did have a kind of lottery for the 10 numbered sonatas!

There are seven nights—will this be pleasure or surfeit?

For me, it’s going to be a pleasure. Scriabin aimed for music to bring about ecstasy. It can and does.

We’ll get Scriabin the theosophical mystic, the mathematician, and the Chopin with wrong notes. Is it a steady progression?

Attributed by Arthur Rubinstein to Scriabin is the remark: “I was a Chopinist, later I became a Wagnerite, but now I can only be a Scriabinist!” Scriabin’s style and process do seem to progress (we’re presenting the music chronologically, from first to last). In the first pieces, the extremely gifted young Scriabin’s Chopin intoxication is clear, and later, a long-range harmonic power that may model Wagner. By the end, we are in a mystical otherworld. Perhaps as much as music by Schoenberg and Stravinsky, Scriabin’s music opens onto a new epoch of sound and music design.

Will we get Scriabin the synesthete?

It’s there for some who are looking/listening.

Do you see colors when you play, or have any of your students?

I don’t. There are fascinating correlations though. There is actually a fairly narrow range of frequencies where sound and light waves overlap [not the soundwaves we hear, though; see here— eds.] Recently, scientists have converted some sounds into light. Certain humans seem to receive sound or light information in more interconnected ways. But they don’t tend to agree with one another. Scriabin’s assignment of colors to pitches probably had as much to do with conceptual theosophical ideas as with his perceptions. As Scriabin had it, C Major is red, while Rimsky-Korsakov said C Major was white, and for America’s Mrs. H.H.A. Beach, red was G Major.

Is anyone in the NEC piano department not involved?

Almost all of the pianists in the college will perform, and some students from the prep school as well. We might have had every pianist at school, if only there were more pieces by Scriabin!

For information on programming, see http://necmusic.edu/soloists  or call the NEC Concert Line at 617-585-1122.  Jordan Hall, Brown Hall, Williams Hall and the Keller Room are located at 30 Gainsborough St., corner of Huntington Ave. Pierce Hall is located at 241 St. Botolph St. between Gainsborough and Mass. Ave.